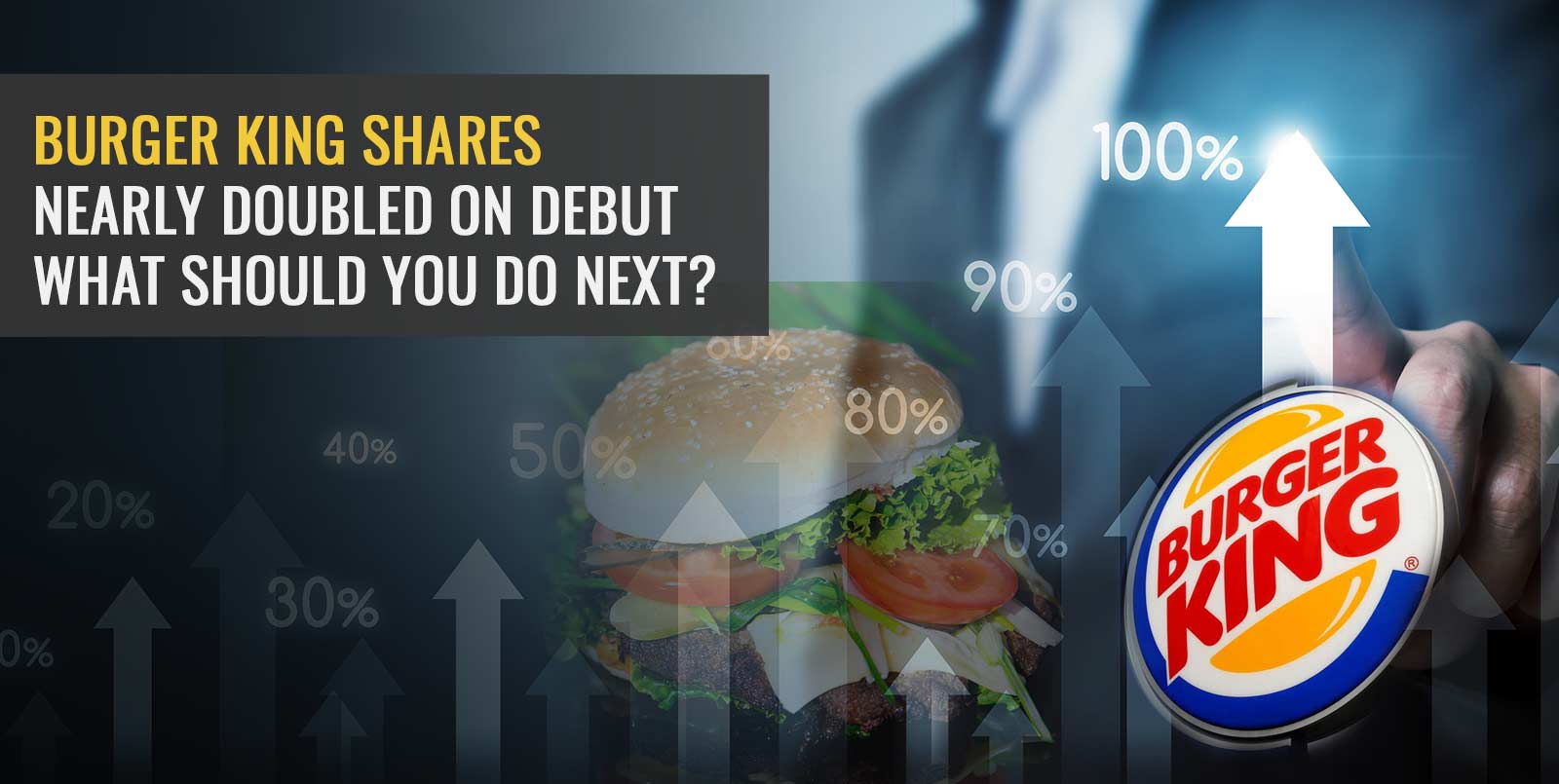 Burger King shares made a stellar debut at the exchanges, where its price nearly doubled during trading on Monday. The shares traded at 94 percent and 87.5 percent premium respectively on BSE and NSE, and about 205.89 million equity changed hands on the first day of trading.

Burger King was the third company to receive over 150 times oversubscription. The quick-serving restaurant (QIB) received bidding for 1,166 crore equities for its offer size of 7.44 crore equities.

Burger King’s initial public offering was available for subscription between December 2 and 4, 2020. between the three days, the initial public offering was subscribed for 156.6 times to come to the second position after Mazagon Dock Shipbuilders, which was subscribed for 157 times. Experts believe the overwhelming response is a result of a positive outlook on the QSR segment.

The industry is pegged to grow at a CAGR of 19 percent to Rs 82,500 crore over the next few years.

The highlights of the Burger King IPO

After the stocks were listed, investors traded over  205.89 million equity shares of BKIL in BSE and NSE combined.

Undoubtedly, Burger King IPO is one of the most successful IPO debuts in the IPO market in 2020. But most analysts think that investors should sell the shares and book profit. Gaurang Shah, head investment strategist at Geojit Financial Services, says that investors who have borrowed to invest in BKIL IPO should book listing profit and pay off the obligation. However, other investors can stay for long-term gains.

Burger King has an expansion plan on the platter, as it has been mentioned in RHP. The QSR plans to expand its chain to 700 restaurants by 2026.  However, analysts believe that if the restaurant expands, it will widen its current loss margin further. Burger King occupies only 5 percent of the market share and incurring losses for the last three years. It has also revealed in RHP that the current pandemic has slowed down its business. Overall, analysts think it is difficult for Burger King to generate profit in the next two years, and short-term investors should book profit.