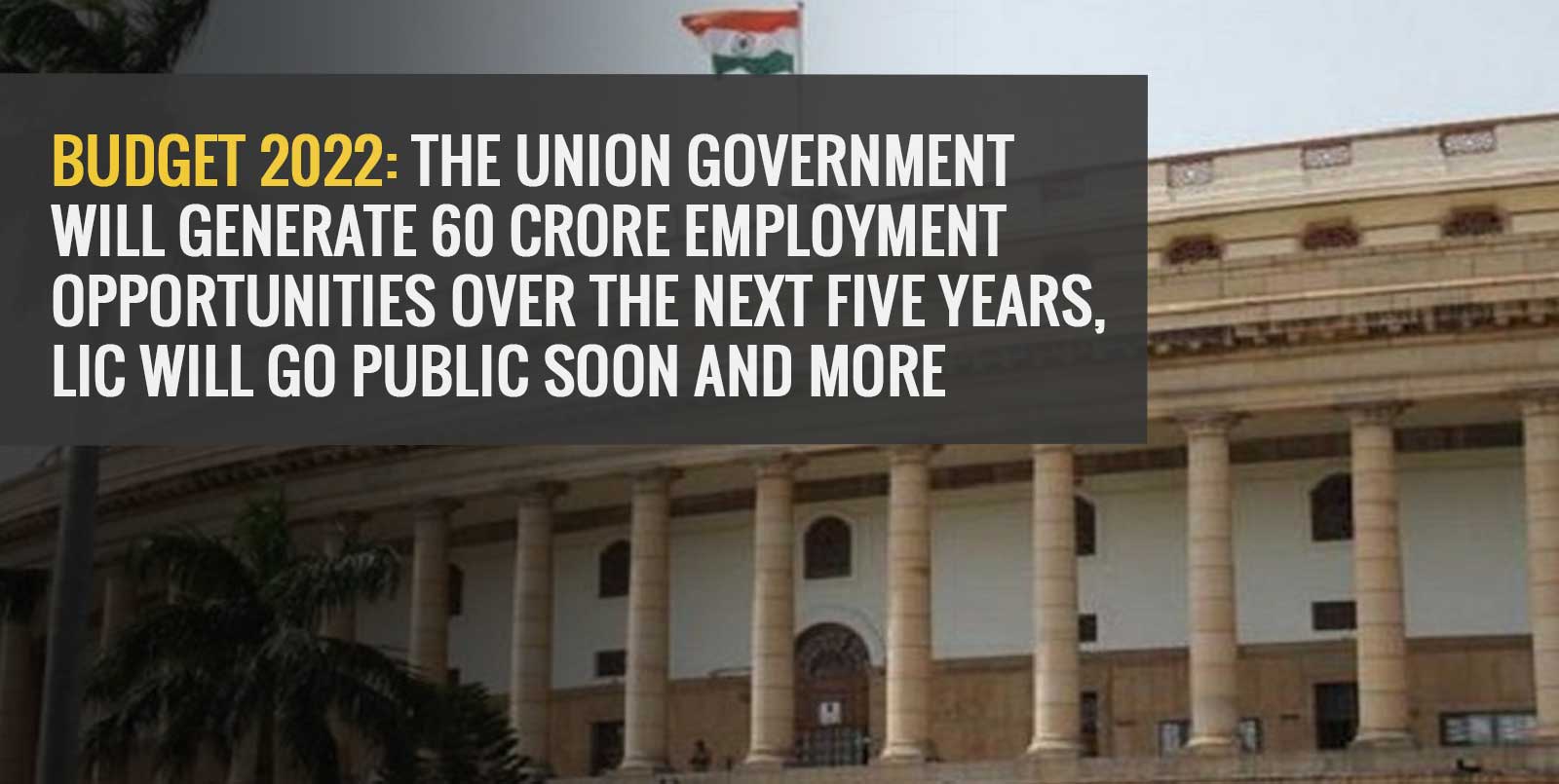 During the introduction of the Union Budget 2022-23 on Tuesday, Finance Minister Nirmala Sitharaman told Parliament that the Center’s Production Linked Incentive (PLI) Scheme has the potential to generate 60 lakh new employment over the next five years. “The PLI Scheme for obtaining Atma Nirbhar Bharat has had a great response, with the potential to generate 60 lakh new jobs and 30 lakh crore in extra production over the next Keycap digit five years,” she added.

“Gati Shakti will propel the economic growth forward, resulting in much more work opportunities for the young generation,” the Finance Minister said, contributing that the Center’s Budget for the coming Financial Year is mainly focused on two fundamental segments: farmers, and large public infrastructural facilities for modernization and development.

She also said that the administration has been focusing on citizen empowerment, particularly for the poor and marginalized, since 2014. She went on to say, “We seek to establish the essential ecology for the middle class.” The Union Cabinet today approved Finance Minister Nirmala Sitharaman’s Budget 2022-23, which she presented in Parliament.

LIC IPO is anticipated to happen soon, according to FM Nirmala Sitharaman

Finance Minister Nirmala Sitharaman informed Parliament during the presentation of the Union Budget for 2022-23 that the Life Insurance Corporation of India’s initial public offering is anticipated soon. The much-anticipated IPO of the life insurance giant is projected to be one of the country’s largest, with the government hoping to generate over $12 billion by selling a minority interest to the public.

According to sources, the government is seeking a price of $203 billion for the life insurance behemoth, making it the second-largest publicly traded corporation by market capitalization. Due to concerns about the stock market’s capacity to absorb such a huge primary issue in one go, the government is rumoured to be considering a two-part LIC IPO. The life insurer’s draft red herring prospectus, which was due to be submitted last month, is apparently being worked on by LIC, book managers, and government authorities.

The government plans to implement a framework that would enable customers to pick among many power distribution companies and abolish monopolies in the industry. Through competition, the government hopes to overhaul the sector, which is commonly referred to as India’s weak link in the electricity industry. The Center has previously stated its desire to alter the Electricity Act to delicense the power distribution industry, but the Bill was not submitted in previous sessions due to objections from various state governments. Consumers in the distribution sector will benefit from the provision, which will ultimately allow them to choose the utility of their choice among a variety of service providers.

In 2022-23, the budget for public capital spending has been increased by 35.4 percent, from Rs 5.54 lakh crore to Rs 7.50 lakh crore. This expenditure will amount to 2.9 percent of GDP. The government feels that public investment is required to promote private investment, which will generate demand. Private investment continues to lag.