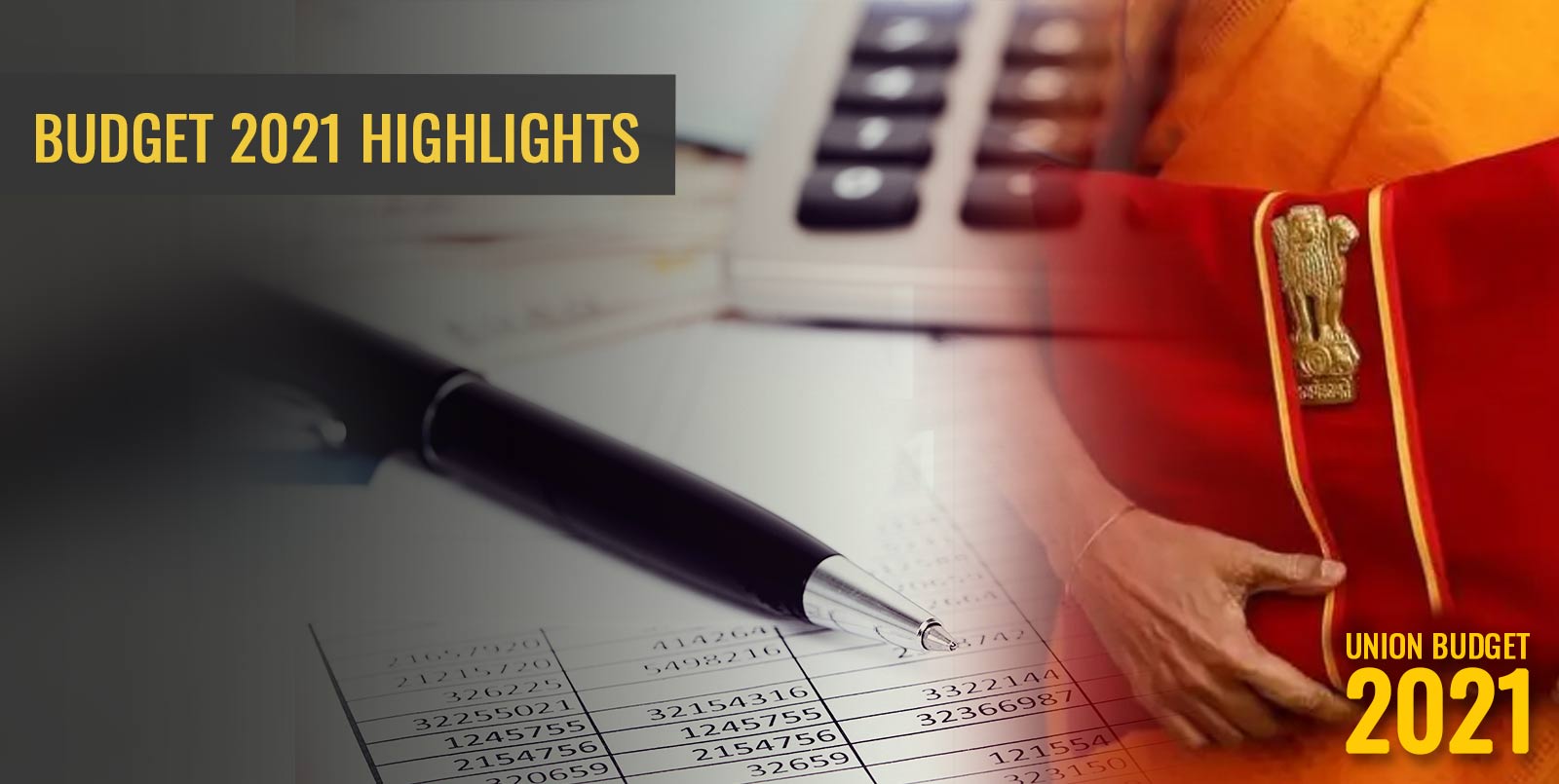 The Finance Minister, Nirmala Sitharaman, presented her third budget in the parliament on February 01, 2021. Budget 2021 was completely paperless, with the Finance Minister using a ‘Made in India’ tablet instead to present the budget.

Throughout the presentation, it was abundantly clear that the government would go on a spending spree to revive the country’s economic growth. In fact, capital expenditure for the creation of new infrastructure projects and revamping existing infrastructure was heavily in focus.

Here’s a brief, sector-wise summary of the Union Budget 2021.

The Finance Minister proposed an increase in the agricultural credit facility offered to farmers by 10%, to Rs. 16.5 lakh crores for FY22, with an increased focus on dairy, animal husbandry, and fisheries.

This move would ensure that farmers have access to adequate credit as and when they need it. In addition to that, the budget also increased the allocation to the Rural Infrastructure Development Fund to Rs. 40,000 crores from the erstwhile Rs. 30,000 crores.

With as many as three major reforms, Budget 2021 had a lot of positives for the automobile sector. The Finance Minister proposed the introduction of a voluntary vehicle scrappage policy to phase out old and polluting vehicles. The proposal mandated fitness tests for private vehicles older than 20 years and commercial vehicles older than 15 years. The move could drive up the demand for newer vehicles including electric vehicles, which can positively influence the sales of car manufacturers.

Under the urban infrastructure scheme, the government is planning to enable the entry of private players under the PPP model. This would allow the private sector to manage, operate, and finance over 20,000 buses used for public transportation, thereby driving the demand for bus manufacturers. And with the increase of customs duty on certain auto parts from 7.5% and 10% to around 15%, Budget 2021 would effectively encourage domestic manufacturing of auto ancillary components.

In an attempt to tackle and clean up the books of Public Sector Banks (PSBs) suffering from a pileup of stressed assets, the government is planning to introduce an Asset Management Company (AMC) and an Asset Reconstruction Company (ARC). These two institutions would be tasked with taking over these stressed assets to realize their value.

For the purpose of recapitalization of PSBs in the year 2021-2022, Budget 2021 also allocated around Rs. 20,000 crores to strengthen their balance sheets. And lastly, the tax holiday granted for the affordable housing scheme was extended by another year, which could end up being a positive push for lending institutions and Housing Finance Companies (HFCs).

Taking the COVID-19 pandemic into account, the Finance Minister made it a point to focus on the healthcare sector in her budget presentation. In view of this, the total capital outlay for health and wellbeing for FY22 was hiked significantly by around 137% to Rs. 2,23,846 from just Rs. 94,452 crores in FY21.

Also, around Rs. 64,180 crores were earmarked to be spent over the next 6 years for augmenting the existing healthcare system through an increase in capacity and creation of new health institutions. Such a move can turn out to be positive for the entire pharma sector, since it may drive up domestic sales of medical equipment, among other things.

That’s not all, among the total capital outlay, around Rs. 35,000 crores have been set aside solely for COVID-19 vaccinations for FY22, which is a big boost to vaccine manufacturers.

Additionally, Budget 2021 also proposed an outlay of Rs. 1,18,101 crores for the Ministry of Road Transport and Highways for the construction of new roads and highways. All of these measures combined could work towards increasing the order book of infrastructure companies, thereby leading to higher revenues for them.

The budget also extended the affordable housing project of the government of India and the related tax holiday by another year till March 31, 2022, giving real estate developers a boost for launching more projects. Finally, thanks to greater infrastructure spending by the government, introduction of new projects, and real estate construction, cement manufacturers also have reasons to cheer.

In a surprising move, the Finance Minister increased the Foreign Direct Investment (FDI) limit on insurance companies to 74% from the erstwhile 49%. This effectively opens the doors for foreign ownership of insurance companies, although with several safeguards. Such a move is a huge boost to private insurance players, as it would help them attract more foreign investments.

Reiterating the commitment of the government towards building an Atma Nirbhar Bharat, the Finance Minister proposed the introduction of a Production Linked Incentive (PLI) scheme for the domestic manufacturing industry.

For this, the government has allocated around Rs. 1.97 lakh crores to be spent over the next 5 years and another Rs. 40,951 crores for the electronics sector. This measure, combined with a hike in the customs duty on electronics parts and mobile phone parts from 0% to 2.5%, is likely to boost business for domestic electronics and phone manufacturers.

A two-pronged approach by way of the establishment of 7 textile parks under a new Mega Investment Textiles Parks (MITRA) scheme coupled with a reduction in the customs duty on Caprolactam, nylon fibers and yarns, and nylon chips from 7.5% to 5% is a huge positive for the textiles sector. Not only would these two announcements work towards helping textile companies gain access to investments, but it would also reduce the cost of raw materials.

Here’s a quick look at some of the other sectors that Budget 2021 may have an impact on.

On the other end of the spectrum, air conditioners and refrigerators may become more expensive due to the increase in customs duty on AC and refrigerator compressors from 12.5% to 15%.

Even with the revision in the fiscal deficit figures for FY21 to 9.5%, the government chose to double down and continue with deficit spending for the upcoming financial year 2021-2022. The initial fiscal deficit estimate for FY22 has been pegged at 6.8%, with capital expenditure being budgeted to grow by 26.2% year-over-year. This makes Budget 2021, one of the boldest presentations made by the Finance Minister in recent years.