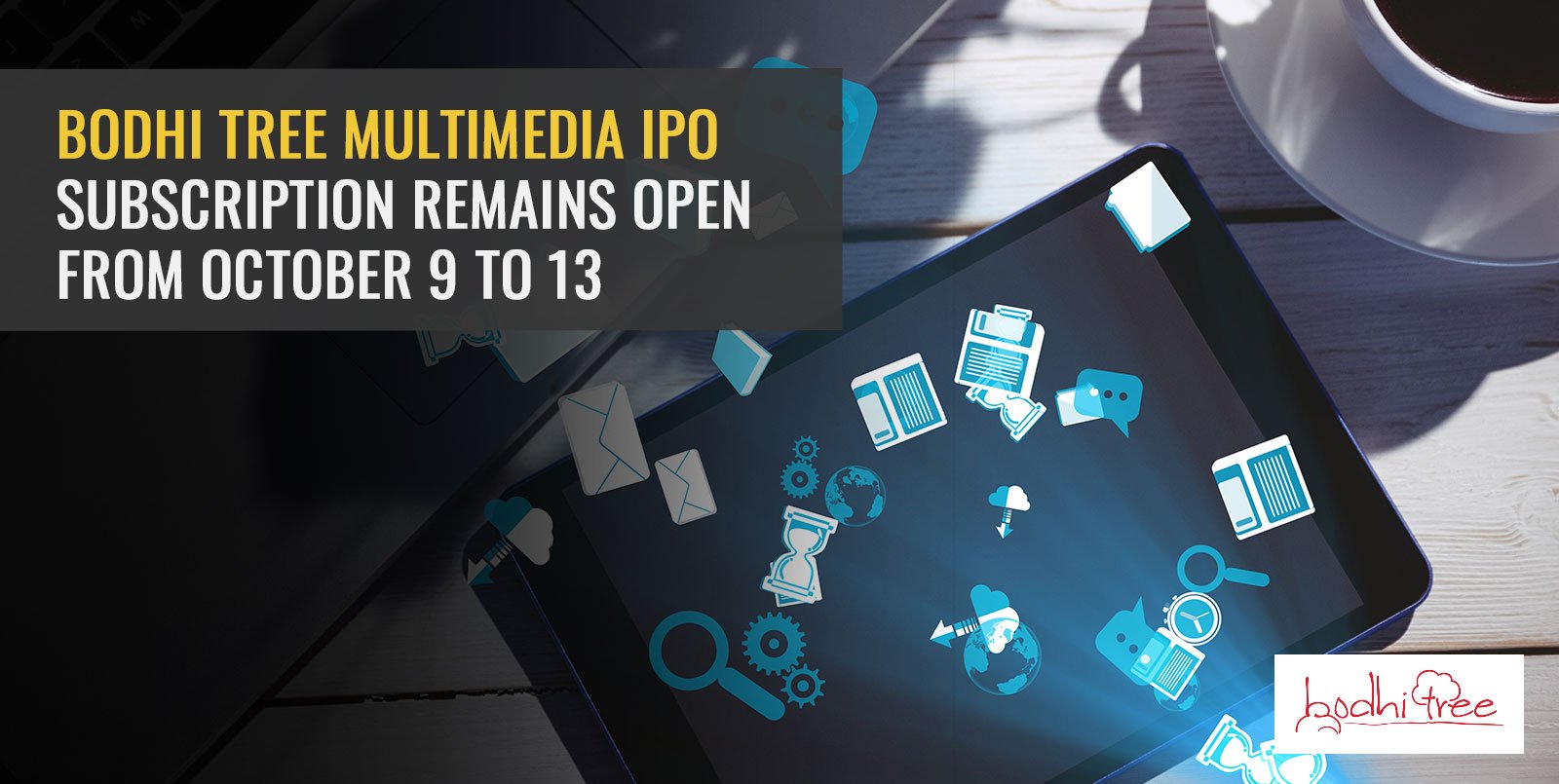 ‘Baking the bun while the oven is hot’ – probably the same is happening to the Indian IPO segment currently. As interest investors returned to the market, the IPO segment is abuzz with action once again to capitalise on renewed  interest.  After a slew of new IPO launched in September, the frenzi is likely to continue in October as well. Recently, Bodhi Tree Multimedia has announced that it is going to make share market debut in this month.

Between, two big IPOs launched in September, UTI AMC and Mazagon Dock IPOs, got listed in the bourses on October 12.

Those who are interested in tracking IPO action, here are the offer highlights of Bodhi Tree Multimedia Ltd IPO.

Bodhi Tree Multimedia is the latest entry in the bustling SME IPO space. It has completed all the necessary paperwork and received a green signal from the regulator to float initial public offer in the market.

Bodhi Tree Multimedia is engaged in producing content for television and digital channels. Incorporated in 2013 and based in Mumbai, the company is involved in creating a variety of content for films, TV, daily soaps, and the OTT platform. Their diversified product line includes creating content for Hindi General Entertainment Channels (GEC) and in different regional languages.

The company has successfully produced 30 plus popular shows with more than 1000 hours of media content for several top firms in the industry like Zee, Star TV, Amazon, Viacom, Netflix, Sun, and Disney. Though a relatively new company, Bodhi Tree Multimedia has come out as a strong player in the sector, with the company’s presence and revenue both growing significantly. In the last two years, the firm generated an average profit of Rs 363 lakhs.

In its draft filed with the regulator, the company declared that it plans to use the fund to bolster the company’s working capital, meet general corporate expenses and the costs associated with the IPO launch.

The small industry segment has seen a lot of action recently. In September, several small enterprises floated their IPOs in BSE and NSE SME section and received enthusiastic participation from investors.

The IPO segment has shown strong revival after four months of a lull due to COVID-19 outbreak. Since July, however, the market turned around firmly. The revival streak may continue for the coming months as well. If you want to subscribe for Bodhi Tree Multimedia IPO, you can now do it online using UPI as a preferred payment mode.