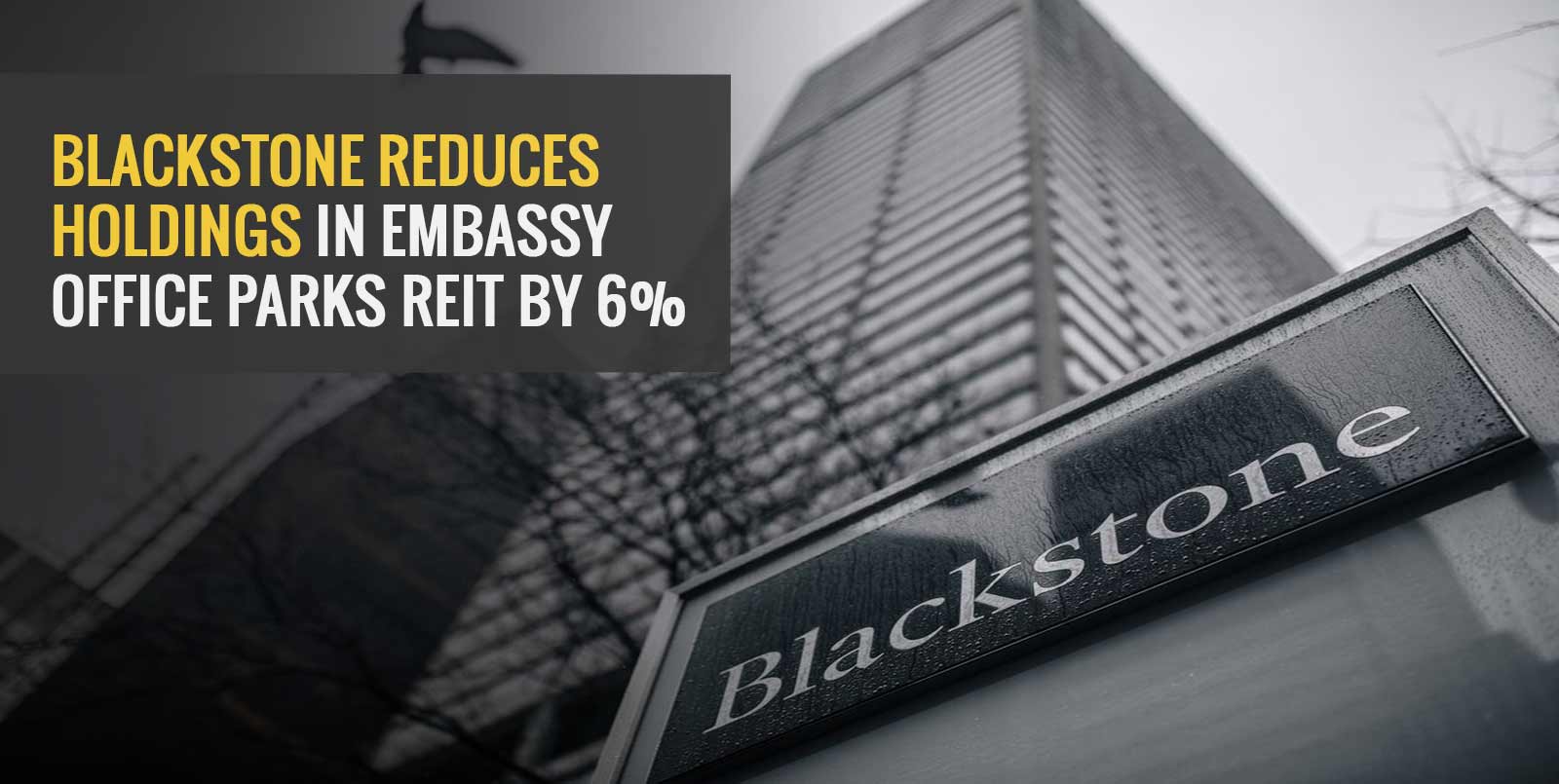 Global investment fund, The Blackstone Group, reduced its stake in Embassy Office Parks REIT by 6%. Earlier, Blackstone had a stake of 38%. Presently that has reduced to 32%. Blackstone took this step to monetise some of its investments.

The sale of these units was made in the open market via block deals. Check out more details of this stake reduction below!

Key Highlights of the Sale

Blackstone probably raised the money because it has plans to acquire visa processing firm VFS Global for over $1 billion. However, this is not the first time Blackstone has cut its exposure to Embassy Office Parks REIT.

Previously, it cut its exposure in June 2020. Then, it sold an 8.7% stake in the entity and raised over $300 million. The company had used the proceeds to pay back participants who had invested in the REIT. At this time, it had a 46.3% stake in the REIT. Moreover, a fundraising exercise by Embassy Office Parks REIT lowered Blackstone’s stake to 38% from over 46%.

India’s first REIT, Embassy Office Parks, has around 42.4 million square feet portfolio of office parks. These complete office infrastructures are located in cities such as Bangalore, Delhi, Pune, and Mumbai. Moreover, the parks are home to 190 of the world’s leading companies.

Blackstone is earning itself a moniker of ‘India’s landlord’ as it has put in around $11 billion in the country’s commercial real estate market. It is also heavily invested in India’s second-largest REIT, Mindspace Business Parks REIT. Moreover, earlier this year, it acquired hospitality, office, and retail portfolios of the Prestige Group.

Presently, Blackstone is India’s largest office, retail, and warehousing landlord with a whopping $11 billion investment in commercial real estate. It has an AUM of over $50 billion, including real estate.

Embassy REIT was listed on the Stock Exchange in April 2019. It had raised Rs. 5,000 crore through public issue.