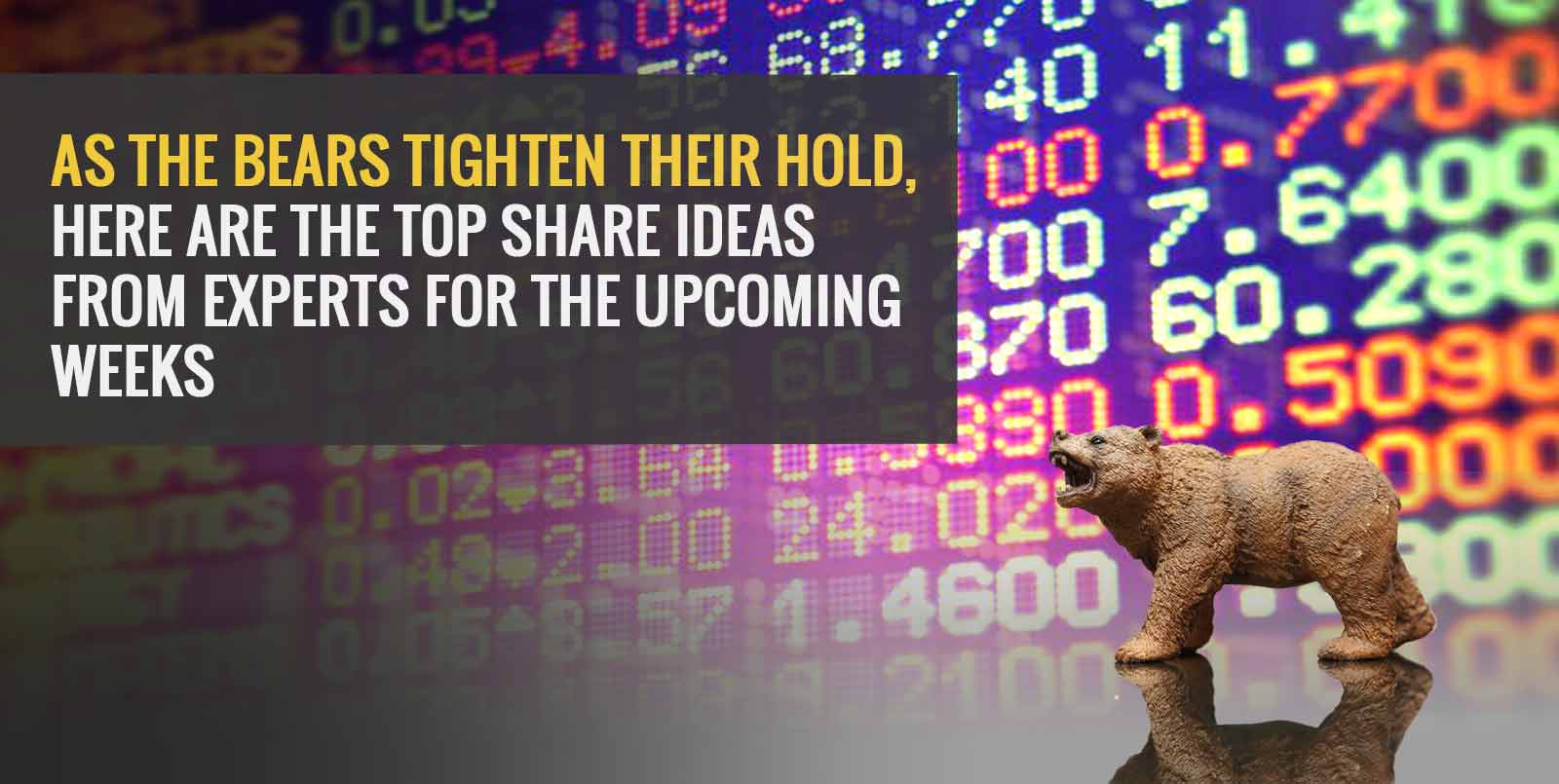 During the week ending December 17, the market corrected practically every day, bringing the benchmark indexes’ total weekly loss to 3%. As a consequence, bearish candle formation appeared on weekly charts, signaling market bearishness. Experts believe the index will be dragged towards the recent low of 16,782 levels, and if this level is broken, a strong drop cannot be ruled out.

Heavy selling was evident across sectors, with the exception of IT, as the Nifty 50 dropped 526.10 points to conclude the week below the critical 17,000 barrier, at 16,985.20. Even the final day of the week was dubbed “Black Friday” due to a 1.5 percent correction. The wider markets also took a beating. During the week, the Nifty Midcap 100 and Smallcap 100 indexes fell 4% and 3.6 percent, respectively, with a more than 2.4 percent drop on Friday.

Experts’ share ideas for the upcoming weeks are shown below. The following are the results based on the closing prices on December 17:

For the last three days, Persistent has been stabilizing in a band of Rs 4,200-4,560. On the basis of massive volumes, the stock broke out of this zone on Friday. This indicates that the upward trend will continue. Because the stock is trading above the 20-day and 50-day SMAs, technical indicators are indicating a favorable trend. Momentum gauges like the 14-day RSI are also increasing and not overbought, suggesting that there is room for further gains.

For the last several weeks, Cipla has been stabilizing in a band of Rs 870-1,005. On the basis of robust volumes, the stock broke down from its range this week, suggesting that selling was aggressive. The stock is trading below the 20-day and 50-day SMAs, and both of these moving averages are currently sloping down, sending bearish signals to technical indicators. Momentum measures like the 14-week RSI are also in drop mode and not oversold, suggesting that additional downside is possible.

Over the previous several weeks, Zee Entertainment has been slowly rising. On Friday, however, the stock reversed its short-term uptrend by falling and closing below its support level of Rs 353 on above-average volume. As a result of Friday’s drop, the stock closed below the 20-day SMA, sending bearish signals to technical indicators. Momentum measures like the 14-day RSI are also in drop mode and not oversold, suggesting that additional downside is possible.

HUL has been relentlessly sold from a high of Rs 2,860 to a low of Rs 2,230. Experts have witnessed a 22% drop from the highs in the previous three months. On a weekly basis, it has hit oversold levels and is technically on a key support.

The stock is now trading below key support and below the retracement ratio. The whole industry is under severe sales pressure, resulting in a sequence of lower peaks and lower bottoms.

The stock has dropped from Rs 1,242 to Rs 875 without showing any signs of recovery. The stock has resumed its downward trend after two weeks of stabilization in the trading zones of Rs 875 and Rs 960. It will go to the next support zone, which is between Rs 830 and Rs 810, after rejection of Rs 875.

The stock is now trading at the bottom of an ascending channel’s lower band. Experts predict a reversal from the lower band of the channel’s support. It has also adopted the EMA 200 line as a support. Experts have noticed indications such as MACD and RSI that indicate the stock’s momentum is likely to continue.

After retesting the level of an ascending triangle from which it previously broke out, the stock has reversed from the support level at Rs 3,400. It also has the backing of a 200 EMA line.

On the daily chart, the stock has broken out of a symmetrical triangle with a spike in volumes. The stock price closed above its 21-day exponential moving average, adding to the firm’s strength.

The stock has rounded top collapse and is trading in a lower highs and lower lows shape. This pattern implies that the stock is likely to provide traders with selling chances. In the daily time period, SBI Card is trading below its 21, 50, and 100-day exponential moving averages, which is bearish for prices in the immediate term. On the weekly chart, the stock prices fell below its weekly ’50-EMA’ throughout the week.

On the daily charts, the stock has produced a triangular pattern that has broken out at this time. The stock’s primary trend has been positive, with higher peaks and troughs. The stock has remained above its medium and long-term moving averages. The daily RSI lines are above 60 and trending higher, suggesting that the current rally is strong.

The Indian stock market is now experiencing a significant sell-off. City Union Bank failed to break above the critical barrier of the 21-day EMA (exponential moving average). On the daily and weekly charts, the momentum oscillator RSI (14) is exhibiting symptoms of weakening, while the MACD indicator is also reading below its centerline.

Disclaimer: Investment experts’ opinions and investment advice are their own, not those of the website or its administration. Before making any financial choices, Angel One recommends customers to consult with qualified specialists.