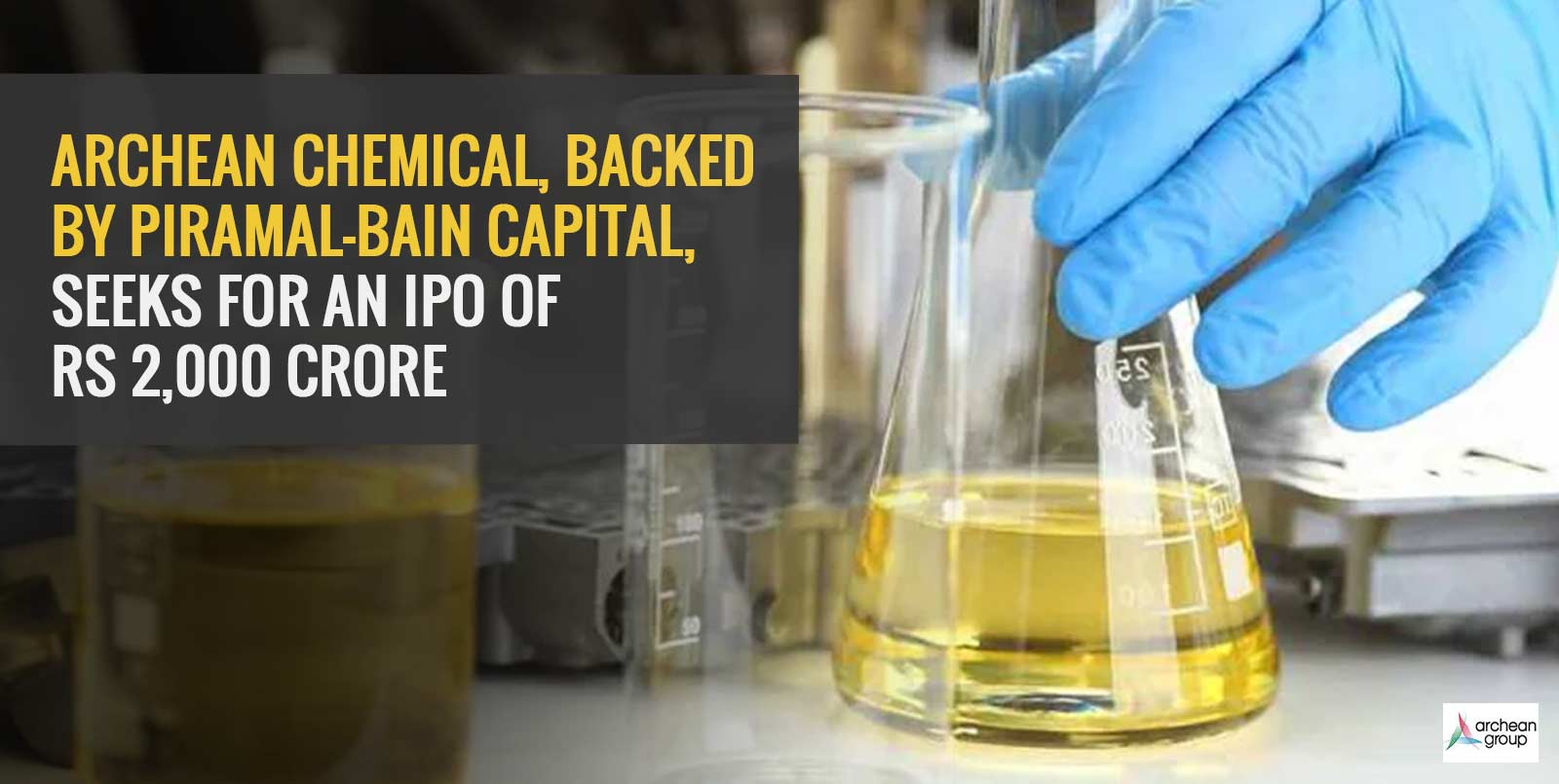 Archean Chemical Pvt. Ltd, a specialty marine chemical manufacturer sponsored by India Resurgence Fund, has filed its draft red herring prospectus for an initial public offering (IPO). According to the DRHP, the offering would consist of the primary issuance of Rs 2,000 crore worth of shares and an offer-for-sale of up to 19.07 million shares from current investors.

Archean Chemical, situated in Chennai and part of the Archean Group, plans to raise between Rs 2,000 crore and Rs 2,200 crore via the IPO. The DRHP states that up to Rs 800 crore of the proceeds from the primary issuance would be used to redeem non-convertible debentures, with the remainder, if any, going to general corporate purposes.

IndiaRF holds 23.32 percent of the firm, while PNRPL and Sojitz Corp control 8.67 percent and 2.42 percent, respectively, of the promoters. The firm’s promoter group, which includes CS LLP, Ranjit Pendurthi, and Ravi Pendurthi, owns 65.58 percent of the company. Through financing and equity, India RF invested $156 million in Chennai-based Archean Chemical Industries Pvt. Ltd in 2018.

Archean Chemical specializes in the production and export of bromine, industrial salt, and potassium sulphate to clients all over the globe. The firm makes its goods at a plant at Hajipir in Gujarat, using salt from its brine deposits in the Rann of Kutch, which is located on Gujarat’s coast. Archean Chemicals bromine is employed as a major initial level material in the pharmaceutical, agrochemicals, water treatment, flame retardant, additives, oil & gas, and energy storage industries.

Surprisingly, the company’s standalone operational revenue for the six months ended September 2022 was Rs 450 crore, with a net profit of Rs 58 crore. The book running lead managers for the IPO are IIFL Securities, ICICI Securities, and JM Financial.

Q1. What are the roles of chemical companies?

Q2. What does the chemical industry’s future hold?

The Indian chemical sector was valued at USD 178 billion in 2019, according to official figures, and is predicted to expand to USD 304 billion by 2025, with a compound annual growth rate of 9.3%. By 2025, it is estimated to attract investments of around Rs 8 lakh crore.

Q3. In India, which chemical is in high demand?