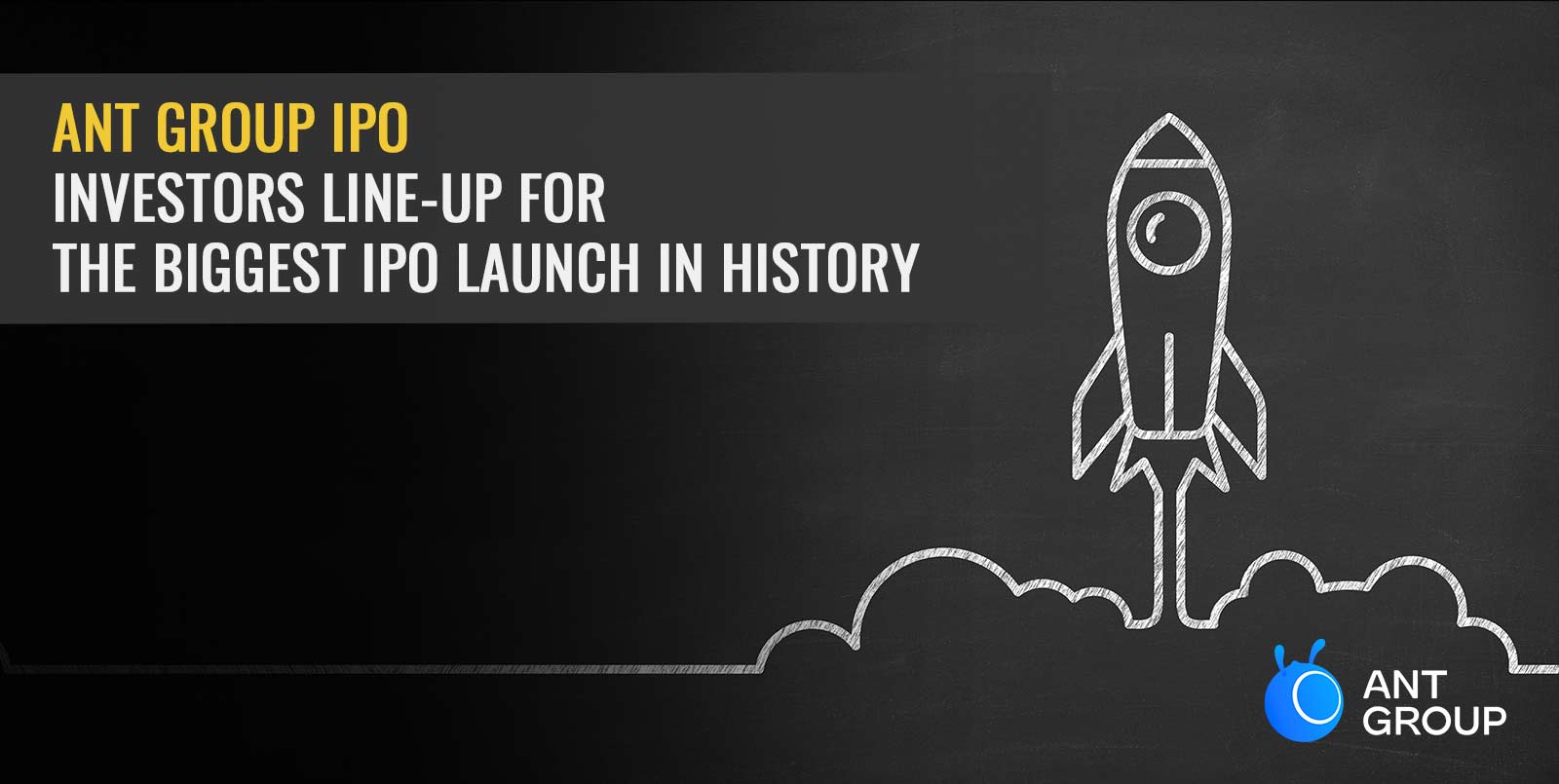 Investors are rushing to stake a claim on Ant Group IPO when it makes a debut in November. Founder of Ant Group and affiliate Alibaba Group Holding, billionaire Jack Ma said that he is amazed to see such enthusiasm from investors. In the world’s largest, Ant Group IPO aims to raise USD 34.4 billion, surpassing the record set by Saudi Aramco last year for USD 29 billion.

Ant Group IPO will list in Shanghai’s Star Market and Hong Kong stock market. The dual listing is also the first for the Chinese stock exchange. The news is creating big waves across the globe, and investors are competing subscribe for the offer despite the risk of higher scrutiny at home and abroad.

Post-IPO Ant Group’s valuation will reach to a dizzying level of USD 312 billion. This is, however, an approximate value, excluding the supposed greenshoe effect of 15 percent from oversubscription of shares.

Ant Group IPO launch is unique on various counts. For anyone interested in knowing the market, this is big news. And so, for you, we have listed everything from Ant Group IPO date to how to buy Ant Group IPO, here in this article.

Ant Group, formerly called Ant Financial and Alipay is one of world’s largest fintech. The promoter of the company is Chinese billionaire Jack Ma, who floated Alipay in 2011. Ant Group Fintech is the second tech start-up of Jack Ma. He was earlier responsible for making Alibaba the face of China’s e-commerce industry. His company Alibaba currently holds a one-third stake in the Ant Group.

Ant Group is the answer to the cashless transactions for the people of China. With Ant pay wallet and a couple of other mobile apps, transactions are merely scanning a QR code.

In China, the company is a big deal. It caters to 730 million active users monthly and transacted over USD 17 trillion in the last twelve months till June. No wonder with such dizzying statistics, Ant Group IPO news will create such waves.

After the IPO launch, Ant Group’s valuation will cross the value of the Industrial and Commercial Bank of China, which is considered the largest bank in the world in terms of assets.

The Largest IPO Ever

Ant’s USD 34.5 billion IPO is also the largest IPO offer in the world. Last year, Saudi petrochemical giant, Aramco raised USD 29.4 billion in IPO, which was the largest till date. The size of the offer can go up further by USD 5.2 billion if the banks decide to sell additional shares in the so-called greenshoe option.

Ant’s Valuation Will Surpass Others

Post-IPO, Ant Group will become the largest, surpassing several big corporates in the world. At an approximate valuation of USD 315 billion, Ant Group’s worth will be more than the GDP of Egypt, Chile, or Finland. It will also cross global giants like JPMorgan Chase & Co. – the largest US bank, Bank of America Corp, and competitor, Paypal. It is three times bigger than IBM Corp and four times in size than Goldman Sachs Group Inc.

Founder Jack Ma will become the eleventh richest man in the world.

Institutional investors have put an order for 76 billion shares, which is 284 times more than the initial offer size.

Ant Group IPO has attracted investors from all around the world, and the demand is already soaring. Brokers are willing to offer credit up to 20 times to investors to help them enrol for the offer. It has caused such a frenzy that Ant is planning to stop taking investor orders. The offer is already heavily subscribed.

Undoubtedly, Ant Financial IPO is one of the biggest financial news in history. By its sheer size, Alibaba and Ant Group are one of the largest corporates in the world. Naturally, the news of the IPO launch will cause a frenzy among investors. The offer will launch sometime in November. If you like to subscribe for the offer, find a broker with international access or you can buy some related ETFs.