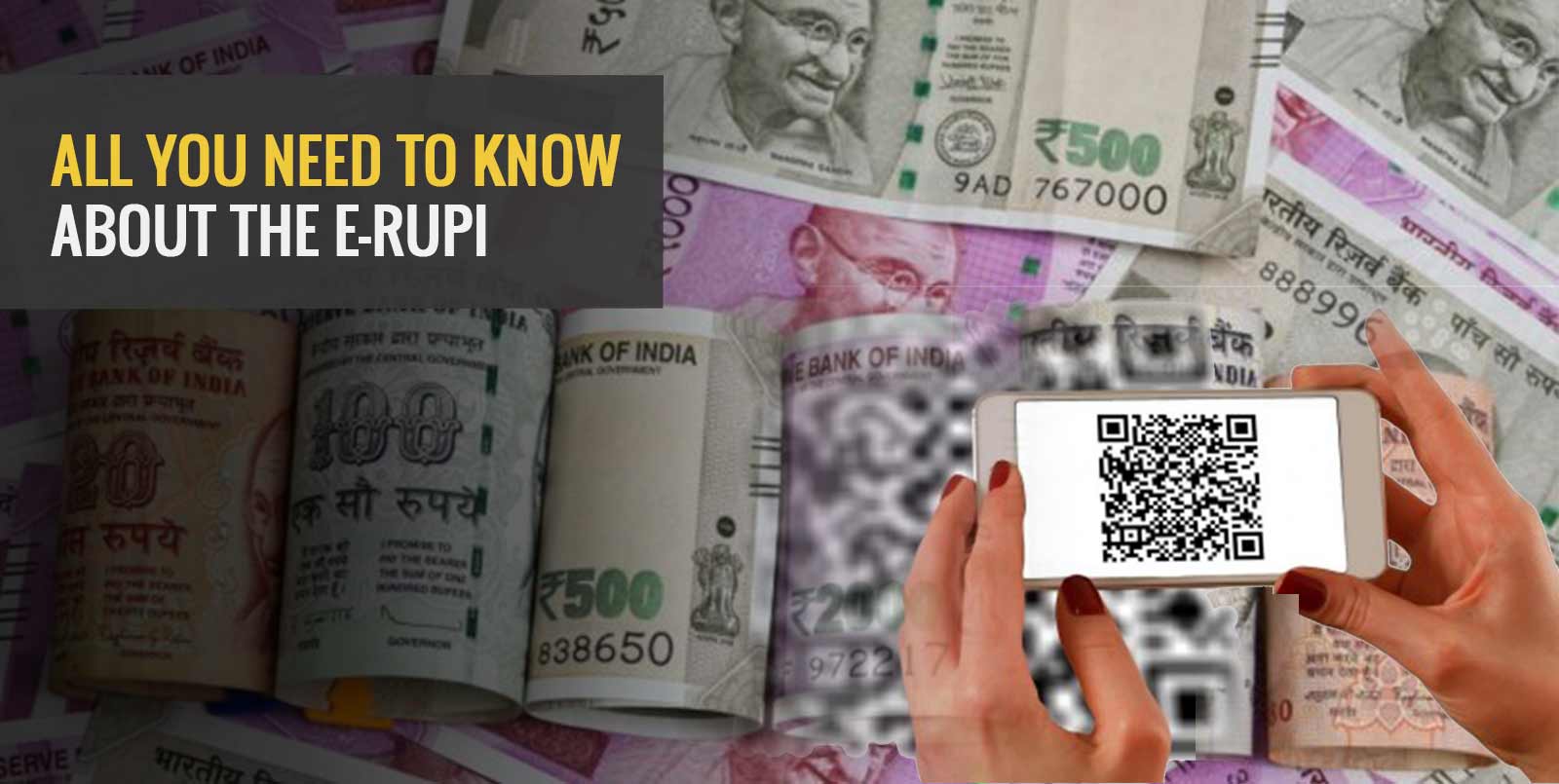 The Prime Minister, on August 2, launched the e-RUPI, which is a digital instrument for payment purposes. The objective of this instrument, according to the prime minister’s speech is to make payments seamless and easy; the e-RUPI is aimed at making welfare services-associated payments easier.

So, how does the e-RUPI work?

The e-RUPI is a cashless instrument issued by the Indian government. Users can make payments through this system from anywhere and anytime. It has been developed by the National Payments Corporation of India (NPCI) in association with other government agencies such as the Ministry of Health and Family Welfare, and the Department of Financial Services. The e-RUPI is essentially a string of digits or a QR code sent as an SMS to the mobile phone of the recipient. The payment to the provider of a certain service is carried out only after the completion of a transaction. The e-RUPI recipient can use this one-time system to gain access to a welfare service or product without the use of a digital wallet, card or net banking. It is a voucher-based system of payment.

What are the benefits of the e-RUPI?

Because it is contactless and doesn’t involve the use of physical cash, it ensures that there is no misuse or leakage in the delivery of any service.

The e-RUPI comes in handy to a section of society which may not have access to payment modes like digital payment apps, net banking or cards, and takes welfare services to those in need even if they have no access to such modes.

It removes the need for any intermediaries, thereby delivering services directly to the beneficiary. Because the system is prepaid, there is the guarantee that payment is made to the provider of services without the need for an intermediary.

The e-RUPI has been designed to be used for a range of schemes such as the Ayushman Bharat scheme, PM Jan Arogya Yojana and TB eradication programmes, among others.

Is the e-RUPI the same as the Central Bank Digital Currency (CBDC)?

The arrival of private cryptocurrencies has necessitated the need for governments to think of their own digital currencies. In El Salvador, private cryptocurrency Bitcoin was made legal tender in the recent past. India on its part initially banned cryptocurrency but following a Supreme Court order in 2020, the Reserve Bank clarified that its earlier circular on the banning of payments pertaining to crypto was not valid anymore. In the wake of the growing popularity of cryptocurrency, India too is considering launching its own regulated digital currency along the lines of blockchain technology.

FAQs on the launch of the e-RUPI:

No, the e-RUPI is not based on blockchain technology on which cryptocurrency is based. However, it is a digital payment instrument that is like a coupon or a voucher that can be accessed on a user’s mobile phone.

It is a QR code or a string of digits based SMS based prepaid e-voucher which can be used by beneficiaries to gain access to a range of government welfare schemes.

It is aimed at financial support to beneficiaries in healthcare, medical and other welfare services and products.

Yes, the e-voucher based instrument can also be used by the private sector towards implementing welfare programmes for employees or launching CSR (corporate social responsibility) initiatives.

The e-RUPI voucher is like a digital gift card, which is prepaid. The code of the voucher may be shared either through a QR system or via SMS. The e-voucher, according to the government, is specific to a person and a purpose, so if a person has an e-RUPI voucher for a certain scheme, it may be redeemed only for that scheme.

No, even if a person doesn’t have a bank account or a smartphone or a digital payments app, they can make use of the voucher.

The launch of the e-RUPI can be seen as one step that takes India closer to a cashless and digital economy. It is also seen as a step towards greater financial inclusion and is aimed at sections of society that are unbanked and don’t have access to any form of payment modes such as cards or net banking.