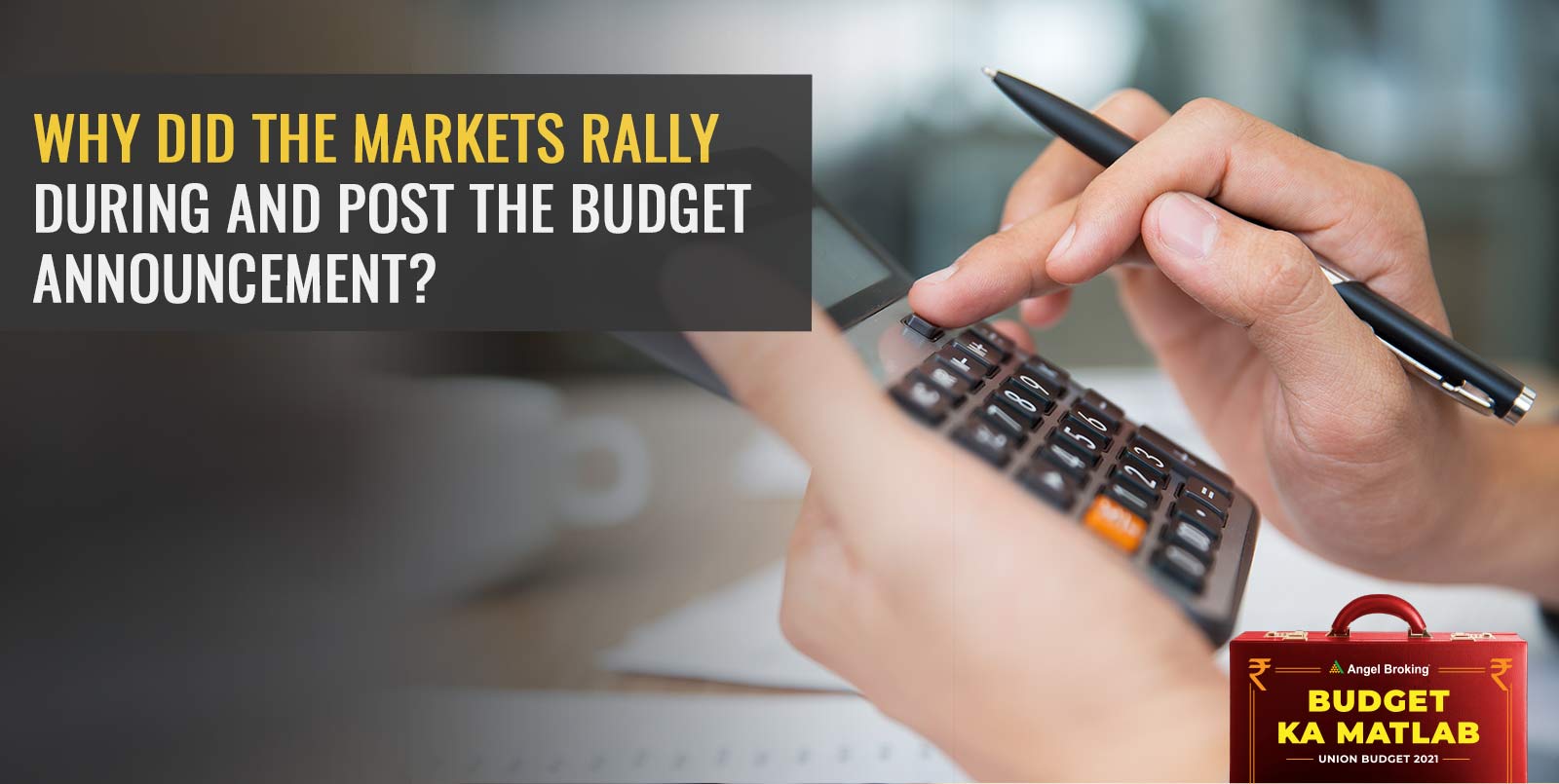 The FY2021-22 Union Budget announcement started on a positive note with Finance Minister, Ms. Nirmala Sitharaman quoting Rabindranath Tagore: “Faith is the bird that feels the light when dawn is still dark.” With 2020 being a disastrous year owing to the global pandemic, there were signs of recovery with tax buoyancy over the last few months. All these signs were a clear indication that India was well on its way towards a recovery path. The recent budget announcements clearly pointed towards the government taking decisive measures towards a strong V-shaped. This was in part due to much needed step up in Government expenditure on both revenue and capital items and privatization of many poorly performing public sector undertakings. Capital expenditure by the Government will be driven by increased allocation on infrastructure spending.

These announcements had a positive reverberation on the stock markets which ended the day with 5% gains. The Sensex ended at 48,600.61, up 2314.84 or 5.00% while the Nifty climbed 646.60 points or 4.74% to settle at 14,281.20. There was a clear sense of delight as the government spelled out its plans for economic recovery. The schemes are all set to impact various sectors namely: healthcare, auto, infrastructure and agriculture sectors, and will be a catalyst for growth and  employment generation. This article looks at some of the big-ticket announcements that led to markets rallying post the budget announcement.

The finance minister announced capital expenditure increase to Rs 5.54 lakh crore from Rs 4.39 lakh crore in FY-2020-21. This increase in spending will be the key in bringing the economy back on track and revitalize industry. The infrastructure sector is a key driver of the Indian economy, and critical for driving a  V-shaped recovery.  The injection of new capital in the form of investments will have a significant impact on a number of industries that in turn will generate large-scale employment and accelerate growth. This focus on marginal growth with increased infrastructure spending has brought much needed confidence to the market and investors alike.

The government announced key policy decisions that will boost vehicle sales and give incentives to manufacturers and consumers. The New Vehicle Scrappage policy in particular will have a huge impact on new vehicle ownership. Under the scheme, personal vehicles that are more than 20 years old and commercial vehicles that are more than 15 years will have to be scrapped. The auto industry has been witnessing a slump since FY-2019 and needed a helping hand for reviving the industry through increased consumer expenditure. The auto industry ranks as one of the largest industries in the economy and a major driving force. Any substantial revival will have a strong impact in the stock markets.

#3 No Changes in Income Tax and Tax Exemptions

Although there were large scale recommendations and expectations for easing of income tax norms, the government took a bold move to not change Income Tax measures across the board. This included changes in income tax slabs, PPF limit, and Section 80C exemption.  While the Government has imposed an Agriculture Infrastructure and Development Cess (AIDC) it has been done in a manner that will not put an additional burden on consumers. .” These measures have led to a boosted in market sentiment.

The finance minister stipulated a disinvestment target of Rs 1.75 lakh crore for FY-2021-22. The minister announced the strategic sale of IDBI Bank, BPCL, Shipping Corp, Air India, Container Corporation, and other public sector companies; along with an initial IPO for LIC of India. In addition to IDBI bank, the government plans to privatise 2 major public sector banks and one general insurance company.  The policy aims at minimising the presence of central public sector enterprises, including financial institutions and creating new investment space for the private sector.

Of course, as the saying goes, the proof of the pudding is in its eating. The markets may not trust the disinvestment targets till a few successes are visible. However, as a first line approach, the strategic disinvestment roadmap as outlined by the government has gone down well in the market.

The government aims to push towards Atmanirbhar Bharat by encouraging businesses to become more competitive. During the budget speech, the finance minister proposed that “Our manufacturing companies need to become an integral part of global supply chains.” To give the much-needed boost to small and medium scale industries, the government has committed Rs 1.97 lakh crore for PLI (Production Linked Incentive) schemes covering 13 sectors and further seven textile parks that will be launched over the next three years. The move is aimed at providing the much-needed incentive for producers and champion sectors and help boost competitiveness of domestic manufacturing. The markets reacted positively to these announcements that will have a strong impact on manufacturing especially among small and medium scale industries.