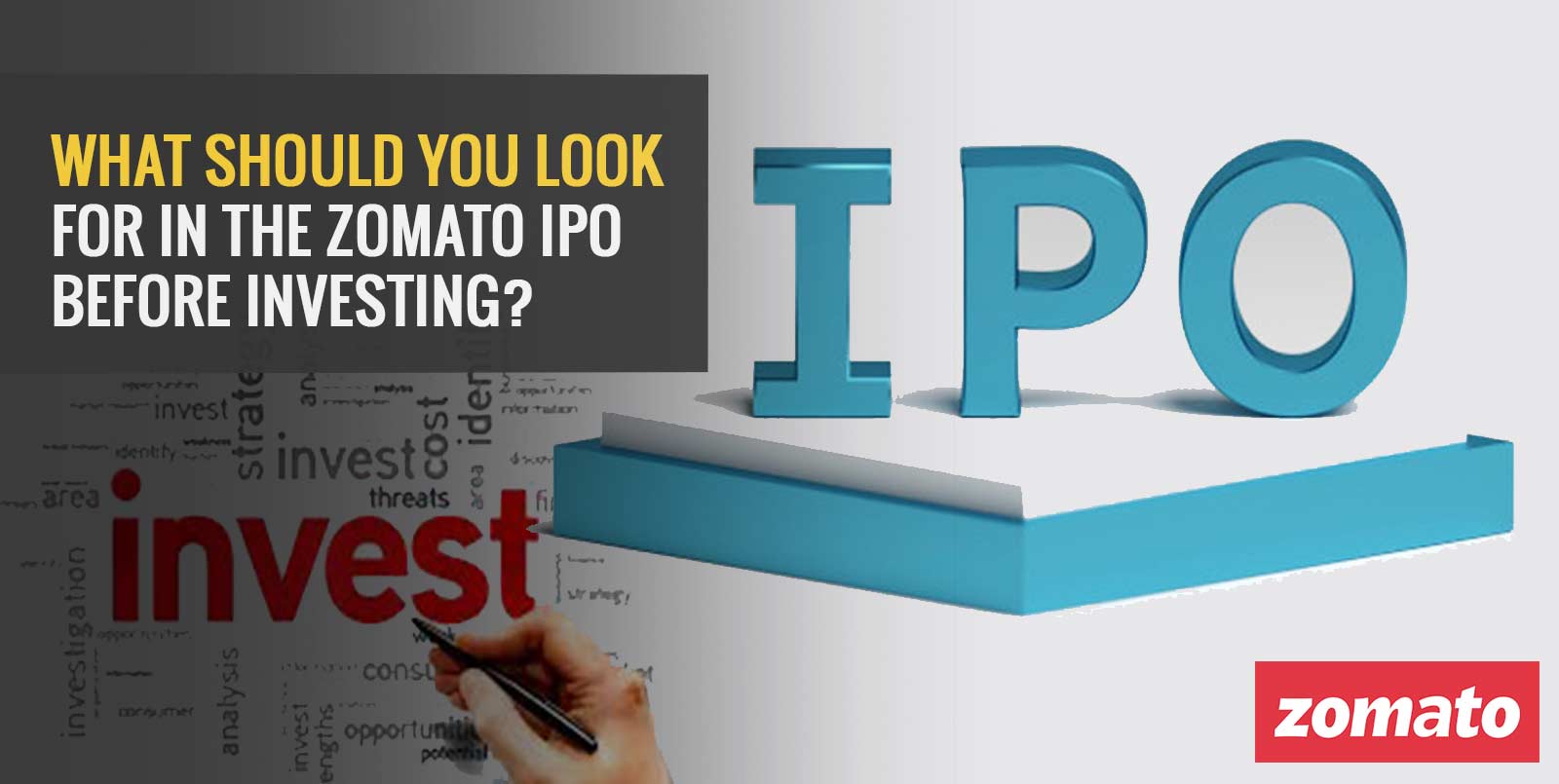 Zomato, a food-tech platform, has scheduled its initial public offering (IPO) for July 14-16, with a target valuation of Rs. 9,375 crores. It will be the first in a series of consumer internet companies and startups in India to raise public funds in the aftermath of the outbreak.

What are the specifics of Zomato’s first public offering?

Zomato’s offer amount of Rs. 9,375 crores is more than the Rs. 8,250 crores it declared in April when it submitted draft filings with market regulator SEBI. Zomato IPO share price range is determined to be between Rs. 72–76 per share. Bids can be placed for as few as 195 equity shares and in multiples of 195 after that. Fresh issue shares worth Rs. 9,000 crores make up the majority of the offer, while the rest is an offer for sale by Info Edge (India) Ltd.

What’s the point of an IPO in the middle of a pandemic?

While the pandemic has had a significant impact on the services industry, consumer internet companies have seen an uptick in business since last year’s lockdown. When home delivery of meals became possible while restaurants were closed, these people benefited.

The gross order value on Zomato’s platform declined to Rs. 1,093.63 crores in April-June 2020 from Rs. 2,684.91 crores in January-March 2020, according to Zomato’s filings. It then increased to Rs. 2,981 crores in October-December, which was greater than the previous year’s same period.

Zomato’s business unit economics have improved in the first nine months of FY20-21, with commissions and delivery charges up from 2019-20 and discounts down significantly. Ahead of  Zomato IPO, their leadership announced in a press conference on Thursday that, unlike the first wave of pandemic, the second wave had no detrimental influence on the company’s business. Zomato IPO Newshas been considered to be a very important news in the investment sector this year by experts.

Which other consumer internet companies and startups have gone public, and which ones are on the verge of doing so?

Info Edge, a Zomato investor, will sell a portion of its share in the IPO for Rs. 750 crores. MakeMyTrip.com and yatra.com have listed in the United States, while e-commerce companies Infibeam and Indiamart, as well as Easy Trip Planners, have done so in India.

Paytm, a fintech company, is planning an IPO worth Rs. 16,000 crores. Nykaa, a cosmetics company, Delhivery, a logistics company, and Policybazaar, an online insurance aggregator, are all rumoured to be seeking IPOs to acquire money.

What opportunities and problems does Zomato have ahead of it?

Given the company’s strong business growth during the pandemic, the concern is how it hopes to maintain that growth once things return to normal. Zomato, on the other hand, operates in a sector with a high barrier to entry for new companies, which may aid its growth as the market expands. Zomato IPO opening datefalling on July 14th will open a new chapter for the company.

Last year, Uber, the American ride-hailing company, exited the Indian food-delivery market by selling Uber Eats to Zomato. With Amazon’s foray into food delivery and restaurants launching “order-direct” programmes that bypass aggregators like Zomato, there have been signs that the market is heating up.

How should investors evaluate consumer internet companies and startups?

Each startup should be viewed as its own entity, rather than as part of a larger group. Some believe that a firm like Zomato has huge sales and growth potential, and that it might be an excellent long-term investment.

Food ordering has become a social need, and many believe that such businesses have potential, regardless of their valuation. Investors can invest in them for long-term advantages rather than only for the sake of a quick profit. People can buy a company’s stock in the secondary market after it has been listed if it does not get a good allotment in the IPO (due to oversubscription).

Many caution against investing in fintech startups because banks have also improved their digital presence. Investors should be cautious of companies that haven’t been able to clearly identify their business strategy and continuously shifting their focus.

What should you look for before you invest?

Aside from the company strategy and scope of expansion, it’s critical to pay close attention to the issue’s cost. Investors may decide to hold off on making an investment if the firm issuing an IPO demands a greater valuation.

It’s vital to check at the subscription by qualified institutional purchasers to obtain a sense of the issue’s quality and pricing. A low level of subscription indicates that institutional investors do not believe the investment opportunity is compelling. A significant amount of oversubscription, on the other hand, would imply a large retail subscription and relatively little allotment, rendering the exercise pointless.

While a retail investor can apply for shares for Rs. 2 lakhs in an IPO, if the retail subscription level is 50 times, the investor will only receive shares worth Rs. 4,000 – hardly worth blocking Rs 2 lakh for 10 days.

However, after a great listing, investors should avoid pursuing the stock, which is typically due to massive oversubscription. When a big number of investors sell their allotted shares within a week of the company’s initial public offering, the share price may fall below its issue price. Before deciding whether or not to invest, investors must wait a few days to have a better understanding of the firm and investor interest following the listing.