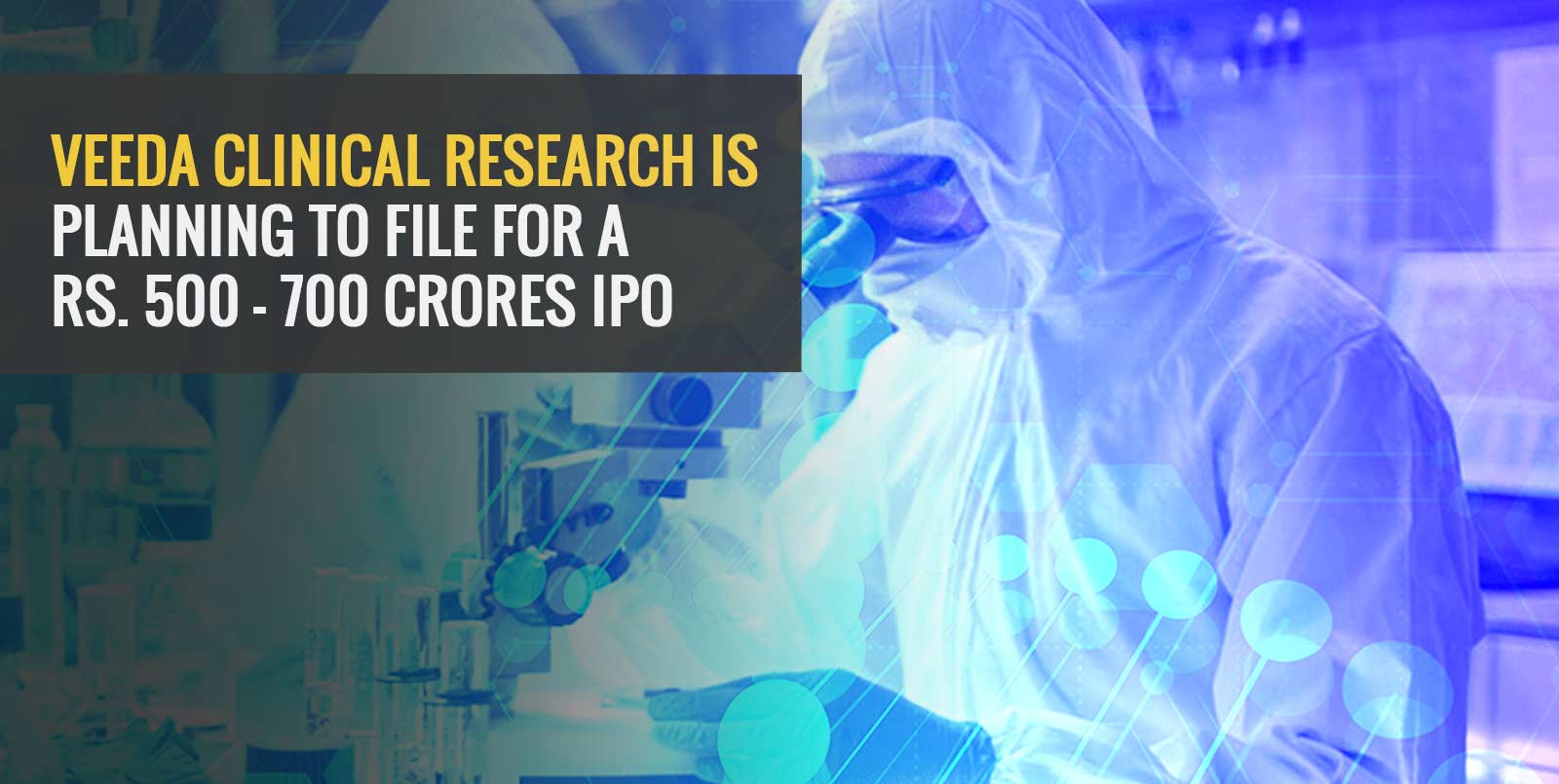 Veeda Clinical Research – the Ahmedabad-based medical analysis organisation, is on the verge of lifting Rs. 500 – 700 crores through an IPO. As per sources, the company is planning to submit the DRHP to the Securities and Exchange Board of India (SEBI).

Following this news, the firm declined any comments.

But why should investors take an interest in this IPO?

Let us find out!

Bioavailability (BA) is the extent and rate at which a drug makes its way into systematic circulation following its unchanged form. On the other hand, bioequivalence (BE) features a comparison between two identical product’s bioavailability.

According to the Managing Director of Veeda, it will continue to gain momentum on its core segment of BA and BE studies. This will likely happen due to many drugs going off-patent for the coming 5 to 6 years.

This study helps establish equivalence between the generic version of the drug and the drug’s proprietary innovator.

Ajay Tandon – Veeda’s Managing Director, further added that the need to conduct these studies would continue. He also said that Veeda maintains a robust position to conduct such requirements for clinical research over the coming times.

The corporate expects strong growth from demand relating to clinical trials of novel drugs and biosimilars.

Ajay Tandon stated that biosimilars are growing globally as well as in India. He added that the company is making several progressions and investments in the area to address this growing market.

Apart from Indian companies, the firm also receives significant enquiries from multinational firms that want to conduct clinical trials for their novel medications in India.

Furthermore, to support its capabilities and to offer top-notch clinical service for novel drugs, Veeda has acquired a 50.1% stake in Bangalore-based Bioneeds India Private Limited. This came after Veeda acquired a substantial minority stake in the company during March 2021.

In addition, Bharat Biotech and Zydus Cadila are testing their Covid vaccines currently. According to Veeda’s Managing Director, the clinical trials of these vaccines will provide added momentum to the global pharmaceutical industry to consider India as an ideal destination for drug products and vaccine testing.

Veeda has directed as many as 3500 trials.

Interestingly, it also has developed over 1000 bioanalytical methods across biosimilars, new chemical entities, and generics. The company follows a robust portfolio, and this IPO could be a significant opportunity for Veeda to grow further.

The said funds will reportedly be used to support its expansion plans after successfully completing the phase-3 vaccine trials in India.