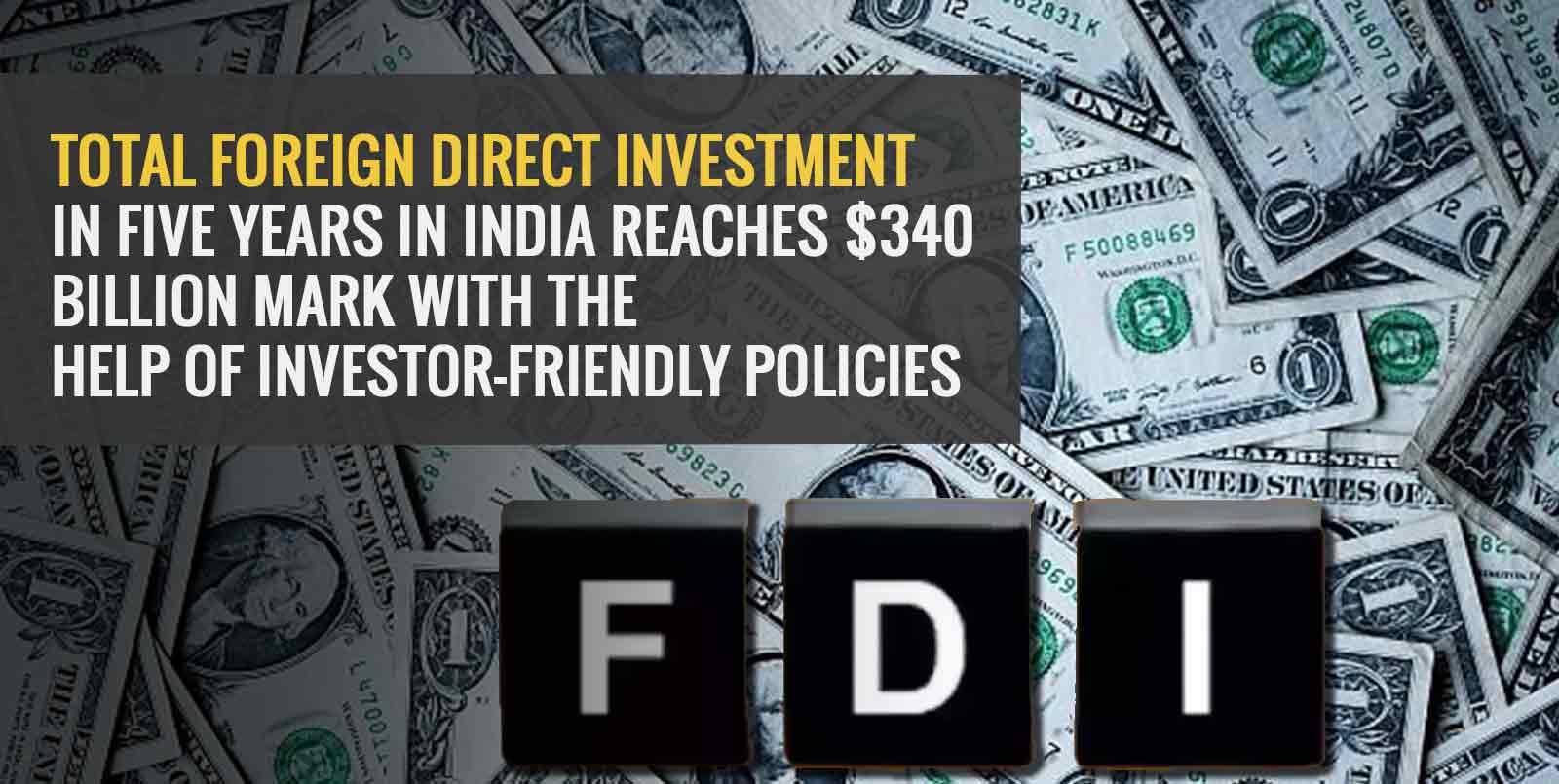 On Wednesday, Som Prakash, the Union Minister of State, Commerce and Industry announced that the total Foreign Direct Investment (FDI) received by India in the last five years has almost reached the mark of $340 billion. The global inflows have increased significantly over the years.

Role of FDI in Economic Development

FDI plays a very crucial role in the economic development of the country. With the help of global investment, India can make cross-border trading much easier. India can have access to the latest technologies emerging around the world. The benefit of leverage can be enjoyed as money will start working which in turn will increase the Gross Domestic Product (GDP) of India.

What has attracted FDI in India?

The government has made it easier for investors to get into most sectors through the automatic route. This was made possible with the help of digitization. The government also regularly reviews the policy on foreign direct investments to ensure that India remains an attractive investment destination.

The Central Government plans to make India an attractive hub for foreign funds. The developed nations that prefer Chain as an option for investment must also consider India as a plus one. In support of this, the changes are made in the policies regularly after following consultation with various industry groups and organisations.

Steps taken by the Ministry and Union Government

Various reforms have been initiated by the Union Government across various sectors. In the last year, some game-changing actions have been taken in various sectors such as insurance, petroleum, and natural gas. The objective of these reforms is to enhance global investments and promote industrial development across the industry.

Further, these investments that will route into India are likely to help in improving the overall competitiveness of the country’s economy by bringing in the latest technologies and international best practices.

What is the economic impact of FDI?

Foreign Direct Investment (FDI) is a process of investing in the domestic market. This allows domestic companies to benefit from the technology transfer. It allows companies to expand their operations and increase their workforce. This is also beneficial for their bottom line. As a result, the balance sheet of the company is strengthened. It helps in increasing the profitability of the businesses. Per capita income rises and government spending increases.

Which sector attracts the highest FDI in India?

Out of many industries that attract foreign investors, the computer and software domain was the one that grabbed the highest attention. Around 40% of the FDI received went into these activities. Apart from the technology sector, the infrastructure industry also received a great amount of foreign direct investment as global investors saw the scope of construction in India.

How did the Union Government attract FDI in different sectors?

The Union Government attracted foreign direct investment in different sectors by allowing as much as 100% investment via the automated route. These investments were made user-friendly to make them more attractive. Reforms, as well, were undertaken in sectors like telecom, defence, and insurance.