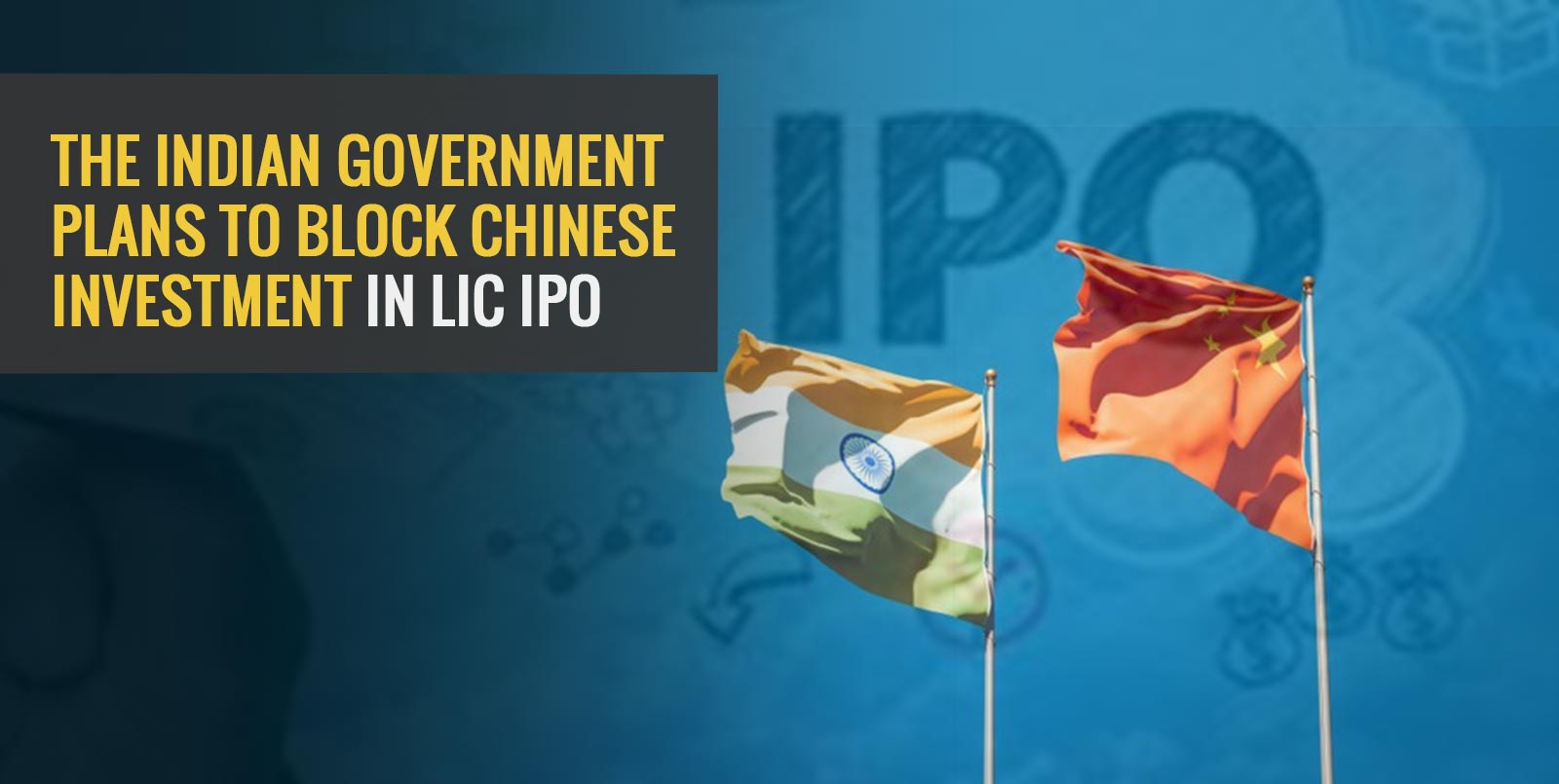 The Centre is likely to block Chinese investors from buying shares in what could be India’s biggest ever IPO (Initial Public Offering) worth $12.2 billion. While GOI (Government of India) will allow foreign investors to participate in this IPO, it is suspicious of Chinese ownership.

The State-owned insurance giant LIC (Life Insurance Corporation) is considered a strategic asset of this country. It has more than 60% market share in India’s life insurance sector and assets worth more than $500 million. With high political tensions between the two neighbouring countries, Chinese investment in this company could pose risks.

Let us dive into the details of this insurance giant and its upcoming mega IPO.

This company has a country-wide presence with eight zonal offices, 2048 branches and 13.53 lakh individual agents. It also has an international presence in 14 countries such as Sri Lanka, Nepal, Bangladesh, Singapore, Oman, UAE, Qatar, Kuwait, Kenya, Fiji, Bahrain, Mauritius and UK.

Everything We Know About LIC IPO

GOI plans to go through with the LIC’s IPO within the current fiscal by March 2022. Its official dates have not been announced yet, but the Centre has said it will happen after it disinvests in three other PSUs.

Up to ten banks will be selected for this IPO based on several parameters like past experience, expertise in life insurance, and marketing strategy. So far, eighteen investment banks are competing to be the managers of this issue, including domestic and foreign banks.

The LIC IPO will be split into two parts with a gap of few months due to the huge size of this IPO. Hence, the Government plans to raise around Rs. 1 lakh crores to complete its ambitious target of disinvesting Rs. 1.75 lakh crores with FY22.

LIC policyholders are being encouraged with a 10% reservation in the issue and a discounted floor price. The Government is also planning a media campaign to encourage retail investor participation.

Recently, the Government announced that it would consider allowing foreign investment of up to 20% for LIC IPO. This would let foreign mutual funds, insurance companies and pension funds participate in it.

LIC is India’s largest insurer and second-largest financial institution and has assets worth Rs. 31 lakh crores. According to IRDAI (Insurance Regulatory and Development Authority of India), it has collected first-year premiums worth Rs. 1.78 trillion in the current fiscal. This is 25.17% higher than the previous year’s premium of Rs. 1.42 trillion.

The following table details the financial status of the insurance giant (all figures in Rs. Crores)

After the border clashes in the last year, the Indian Government has taken several measures to reduce Chinese investments. There are several steps it can adopt, including amending the current law on foreign direct investments or barring Chinese investors from being cornerstone investors in the LIC IPO. It will likely craft a policy that protects India’s security without deterring foreign investors.

The Government intends to sell not more than 10% of its stake through the LIC IPO. By rough estimates, the IPO size is expected to be between Rs. 80,000 crores to Rs. 1 lakh crores.

Various analysts have provided a rough estimate of Rs. 8 lakh to 11 lakh crores as the valuation of the company. It will take some time to determine the actual valuation, given the company’s giant size.

According to the Indian Government, this LIC IPO will likely open sometime in the second half of the current fiscal year. Before rolling out the IPO, GOI will complete disinvestment in National Fertilizers, Rashtriya Chemical and Fertilisers, and Mishra Dhantu Nigam.