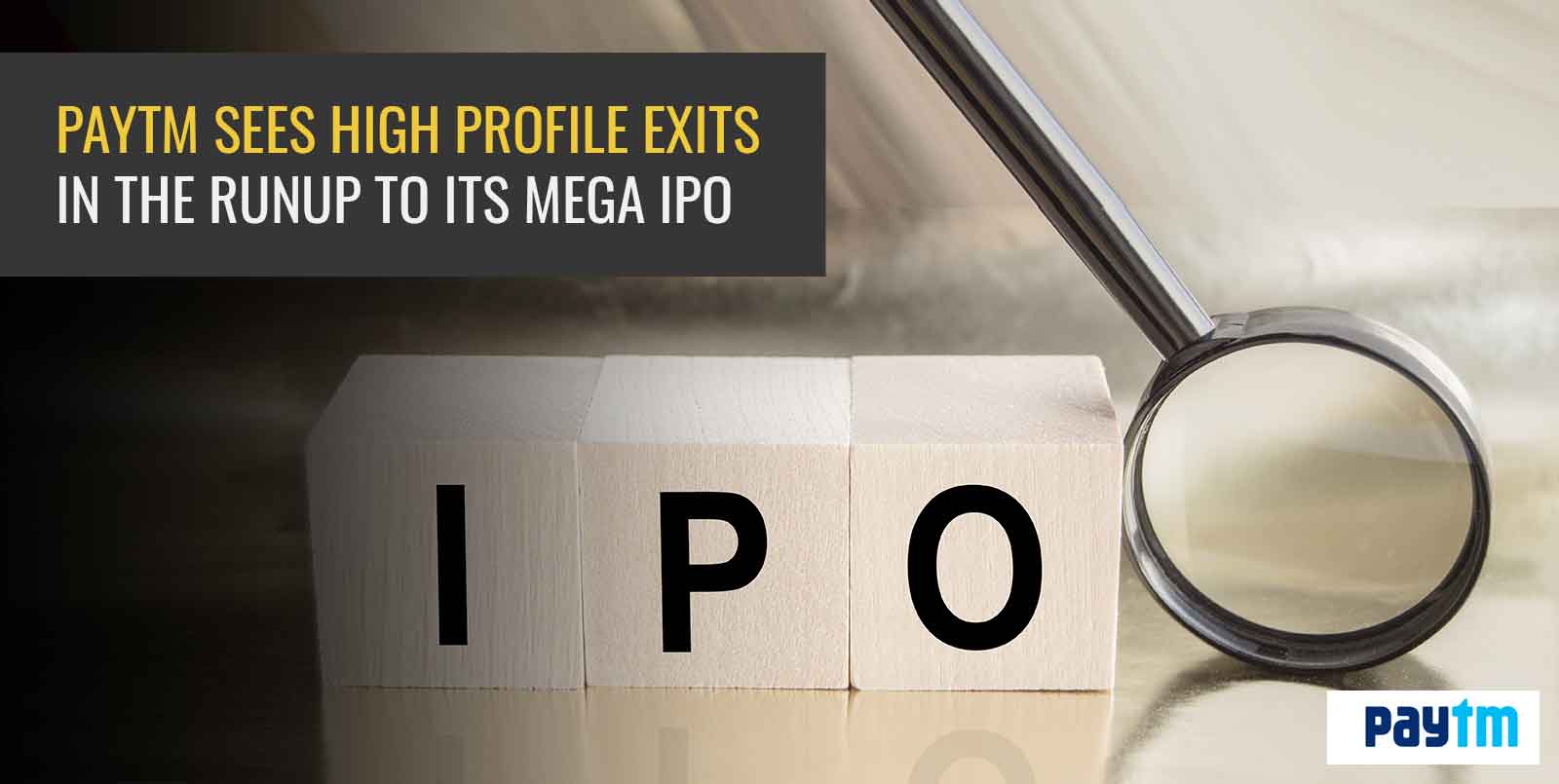 After Zomato, one of the most highly anticipated IPOs of an Indian start-up is that of the fintech giant Paytm. However, in the run-up to the launch of the Paytm IPO, news of a bunch of its high profile executives quitting has raised concerns.

Amit Nayyar, one of the presidents of Paytm, quit recently fanning a lot of rumours in the industry and the markets. A company exit by a senior official while the company is working towards an IPO does not send a positive signal to the market. However, reading far too much into it without further substantiated information spilling out, will be akin to doing injustice to the Paytm IPO.

Along with Nayyar, the chief HR officer Rohit Thakur resigned as well. This leaves just one president in the company, namely, Madhur Deora.

Nayyar is a former Goldman Sachs executive who joined Paytm in 2019 to help expand and accelerate the reach of Paytm’s financial services wing. His contribution has been substantial in propelling the rise of Paytm’s insurance, lending, stockbroking and wealth management verticals. Paytm snagged Nayyar from a client advisory firm named Arpwood Capital, where he was working in the profile of a managing director and headed the mergers and acquisitions practice.

Thakur, on the other hand, had come onboard Paytm in December 2019 quit his stint as the HR chief in June after serving his notice period.

Both Nayyar and Thakur were brought in by Paytm as an attempt to usher in fresh young blood into the company once senior executives from the older leadership quit the company. In 2019, Paytm saw another series of high-profile exits from its management team. Those who left include the likes of Deepak Abbot, the former senior vice president of product and the head of the lending business; Kiran Vasireddy, the then chief operating officer of Paytm; Amit Sinha, the former head of Paytm mall and Nitin Mishra, who quit Paytm to start his own digital gold platform named Indiagold. Another senior executive Pravin Jadhav responsible for heading the fintech’s wealth management business, Paytm Money, quit after disagreements with the company’s management modalities.

It isn’t just Nayyar and Thakur who have quit the company. Earlier in February, the head of marketing for Paytm Jaskaran Singh Kapany put in his papers after an almost six-year-long stint and was onboarded by Xiaomi India as the head of its marketing division. After Kapany’s resignation, Abhinav Kumar, the vice-president of marketing, is acting as the head of the marketing function for Paytm.

No Chinese nationals on the board of directors

The Paytm IPO is expected to go live by the end of 2021. Experts suggest that the $2.3 billion IPO could touch valuations as high as $35 billion. In 2019, the company was valued to be worth $16 billion after it raised another tranche of funds worth $1 billion from Softbank and Ant Financials.

There have been changes in the composition of the board of directors as well. As per regulatory filings, there are no Chinese nationals on Paytm’s board of directors. Earlier in June, Paytm’s parent company, One97 Communications Limited reshuffled its board and replaced Chinese directors with Indian and US citizens.

Ant Group chairman and chief executive officer Jing Xiandong exited the board of directors and was replaced by Douglas Lehman Feagin who is the senior vice president at the Ant Group.

Michael Yuen Jen Yao from Alibaba Group Holding Limited also exited the board of directors on account of retirement by rotation. Meanwhile, Ash Lilani who is the managing director at Saama Capital was appointed as an independent director.

According to an investments and market research firm, Paytm is likely to break even in the next 12-18 months on the back of strong financial discipline and strategic investments. The firm also stated that it expects Paytm’s total revenue to double by FY23 to $1 billion with non-payments revenue contributing as much as 33% to the total turnover.