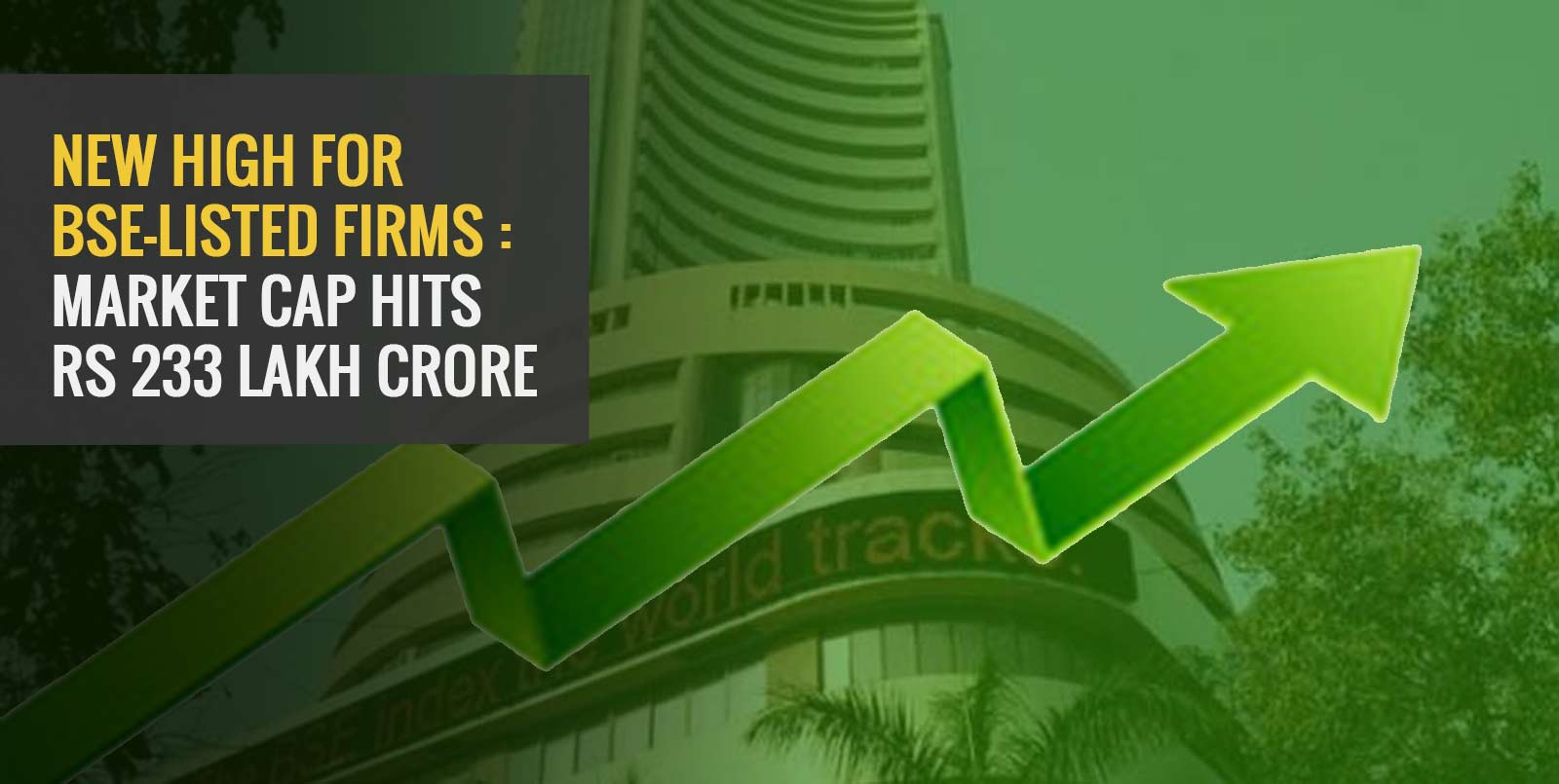 The market cap of companies listed on the BSE touched an unprecedented high of Rs 233 lakh crore on Wednesday, on the back of optimism in the market. The benchmark index, BSE Sensex, also gained over 134 points or nearly 0.25 per cent, to touch 52,904 on Wednesday.

The listed companies on the BSE universe touched a peak of Rs 2,33,06,440.17 crore at the close of Wednesday, even as investor wealth gained Rs 1,42,806 crore over the past two days of the market rallying. Also, expectations of solid Q1FY22 earnings results in the IT sector have buoyed the markets over the day. Further, economic data such as wholesale price index or WPI inflation easing a little to touch 12.07 per cent in June also has boosted the markets.

Following the fears of the pandemic and the massive sell-off amid the stock market crash of March 2020, market cap of BSE listed companies plummeted to Rs 101.86 lakh crore back then. Today, with the market cap touching Rs 233 lakh crore, it means a more than two-fold increase in the m-cap of companies. Also, the world’s market cap in June 2020 was at $81 trillion and India’s share dropped to 2.18 per cent. In June 2021, India’s part of the world’s market share stood at 2.60 per cent, according to data from Bloomberg.

From crash to surge

The benchmark index Sensex has seen a rally from 25k levels in March 2020 to over 52k levels now. This rise may be attributed to adequate liquidity in the global markets, central banks across the world, including India, keeping interest rates low and taking a dovish stance. Further, the past one year has seen a marked rise in retail investor participation. According to an SBI research report, retail participation in the stock market rose by a huge 142 lakh in FY21, with another 44.7 lakh retail investor accounts getting added during the first two months of the current fiscal.

Further, as commercial activities resume following the decline of the second wave of the pandemic, and as vaccinations increase, a speedy economic revival will further strengthen India Inc. Also, in terms of global cues, as the US Federal Reserve’s latest meeting suggests that it is in no rush to taper its asset purchase programme, foreign portfolio investments in emerging markets like India will get a push. This means the bull rally may sustain itself longer. The corporate earnings season has kicked off, and with strong earnings growth in the future, India’s market cap could grow more than twofold by 2030, according to market research firm Morgan Stanley. It forecasts India’s market cap to touch $6.4 trillion by 2030.

India’s listed companies on the BSE have touched a combined market cap peak of Rs 233 lakh crore, on the back of optimism in the broader markets. India’s market cap had crashed to less than half of the current levels in March-April 2020, when the first wave of the pandemic hit the country. Ever since, the markets have seen a spectacular bull run; liquidity in the global markets aided by the central bank’s accommodative stance has buoyed the markets and India Inc has seen an increase in market capitalisation ever since.