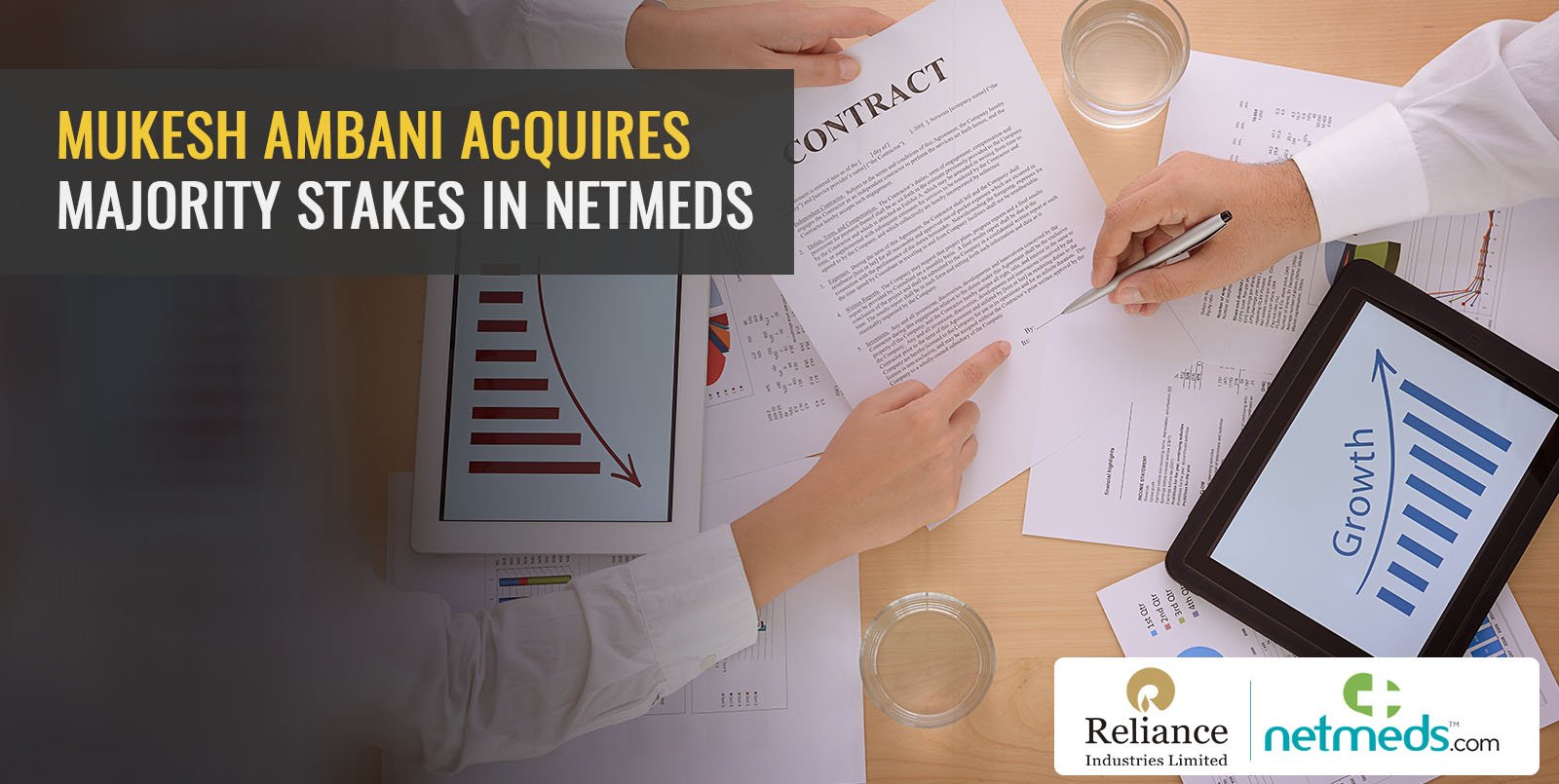 After securing a slew of investment from foreign marquee investors, Reliance supremo, Mukesh Ambani is now targeting native online retailers to grow his footprint in the e-commerce platform and give a competition to Amazon India.

Reliance has already launched Jio Mart, the online grocery brand, which also received investment from Facebook. Ambani is currently on a shopping spree, negotiating deals with several Indian e-commerce businesses, including Netmeds, with which it has finalised the deal.

During the first few weeks of lockdown, Reliance struck one deal after another with some of the top US investors, hauling USD 20 billion for its technology platform, Reliance Jio.

A Peek Into Netmeds’ Background

Netmeds is one of the first few players in the online pharmacy domain. Incorporated in 2015, Netmeds played a key role in changing consumers’ perceptions of online medicine. In an interview, Pradeep Dadha, Founder and CEO Netmeds, mentioned that during the initial days, gaining people’s trust remained the biggest challenge for the company.

Pradeep comes from a family that is into the pharmaceutical business for over a hundred years. His grandfather founded Dadha Pharmaceutical in Tamil Nadu in 1914. The company merged with Sun Pharma in 1996 and currently supplying wholesale medicine to Kerala and retail in Tamil Nadu.

With the deal, RRVL (Reliance Retail Ventures Limited ), which is a subsidiary of Reliance Industries Limited, acquired a 60 percent stake in Vitalic Health Pvt. Ltd and 100 percent direct equity ownership on its subsidiaries, including Netmeds. RRVL will invest Rs 620 crore in the process.

Confirming the news, Pradeep commented, “It is indeed a proud moment for Netmeds to join Reliance family and work together to make quality healthcare affordable and accessible to every Indian.” He mentioned that the combined strength of the group’s technology and digital ecosystem would deliver an omnichannel experience to consumers, a critical aspect of superior digital experience.

In May, Reliance Retail tied-up with Netmeds to supply groceries online from its online retail store JioMart.

The lockdown has been a boon in disguise for e-pharmacy platforms that are experiencing a growth spurt as consumers have taken to order medicines online from their homes. E-pharmacy is still an unexplored segment in India with fragmented retail businesses. It has excellent growth potential when consolidated. An Ernst & Young report estimated that e-pharmacy has the potential to grow to USD 18.1 billion by 2023, up from USD 9 billion in 2019, with an annual growth rate of 18.1 percent.

Acquisition of Netmeds will allow Reliance to expand its footprint in the online grocery and pharmacy segment and become a strong contender in the domain.