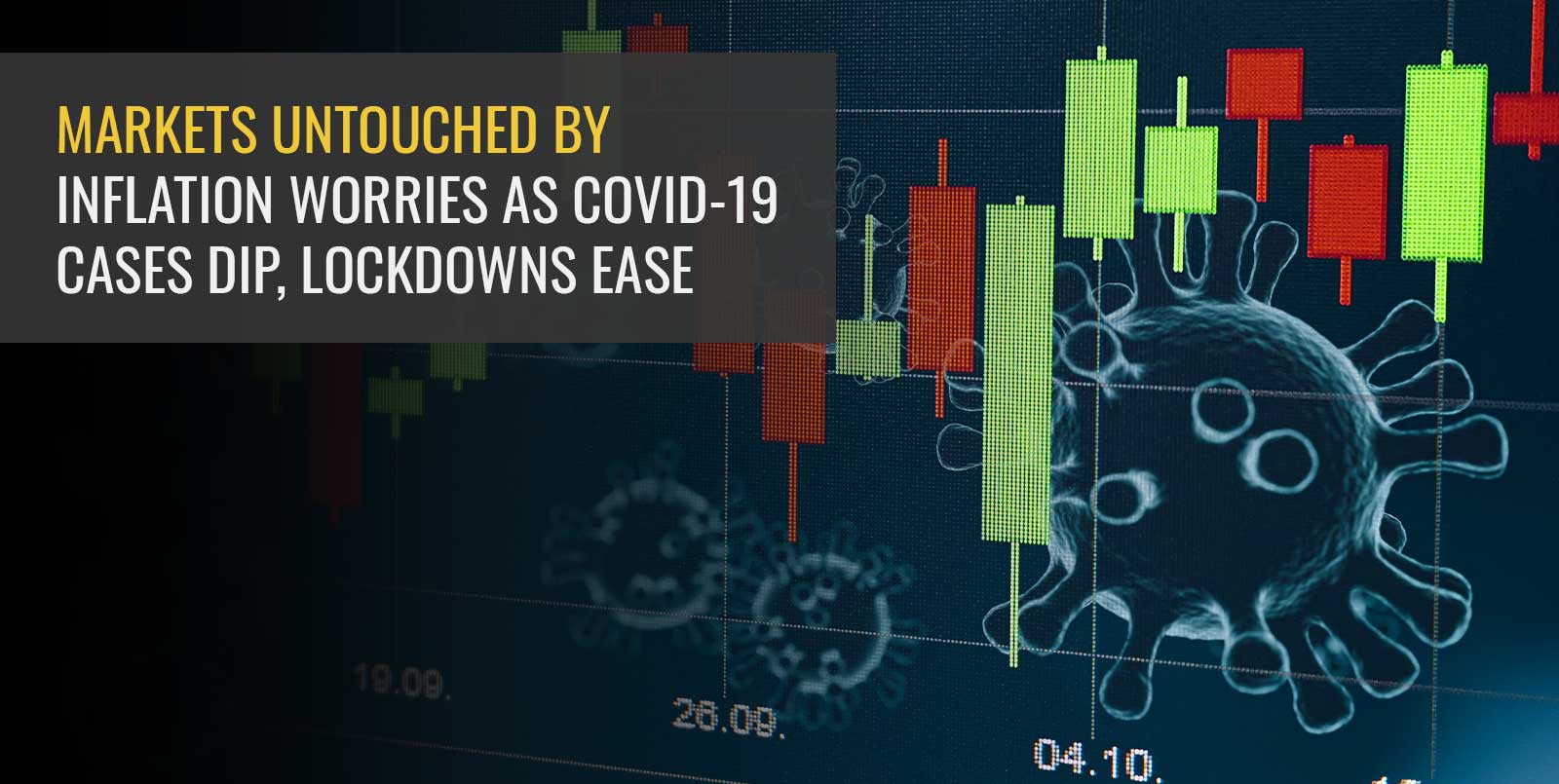 India’s Wholesale Price Index (WPI) data for May showed that WPI based inflation rose to a record peak of 12.94 per cent, on the back of rising commodity and fuel prices, apart from the effect of low base. This also meant that the Consumer Price Index (CPI) retail inflation shot up in May, recording 6.30 per cent y-o-y, another six-month high. Core retail inflation, which excludes food and fuel has also gone up to touch 6.55 per cent, a seven year high.

Earlier, economists estimated that the CPI-based inflation would rise to 5.3 per cent in May from a year ago, after it dipped to a three-month low of 4.29 per cent in April. However, the latest data has been higher than expected.

This data shows that the Reserve Bank of India’s inflation target of 4+/-2 per cent band has been breached. The upper tolerance limit is 6 per cent, while retail inflation is at 6.3 per cent. Wholesale inflation has been on an upward curve from the last five months preceding this month. Experts say that this could go higher because of the crude price rise impact and increasing commodity prices. The WPI inflation in April was at 10.49 per cent.

The rise in WPI may push retail inflation higher in the coming months as well. Following the CPI data, India’s benchmark 10-year bond yield also went up to a more than six-week high of 6.04 per cent. This is because of trader concerns that the RBI may have to respond to inflation worries.

However, the RBI is not expected to respond as of now to the growth in retail prices because the principal focus stays on economic revival. In its monetary policy earlier in June, the RBI had maintained interest rates at status quo levels and ensured an accommodative stance. The RBI had also said retail inflation would be at 5.1 per cent for the fiscal ending March 2022. According to an SBI research report, the RBI is likely to maintain the status quo in its monetary policy review coming up in August. Experts also believe that repo rate increase will not happen prior to 2022.

Rising inflation and the markets

Typically, rising inflation is concerning for the markets because companies have to put up with higher costs, leading to a decrease in profits. However, the rise in inflation shown in May may be attributed in part to the lockdowns imposed across several states, following the second wave. The localised lockdowns affected supply chains, thereby pushing prices up. Pent-up demand has been one cause for inflation in the recent past. India’s second wave surged in late March and continued through the month of April and hit a peak in early May. During April and May, the lockdowns induced by the second wave in many states saw a surge in fuel prices and transportation costs, thereby leading to a price surge even in categories like televisions and laptops.

The stock markets have not reacted overly to the inflation data, because of the central bank’s supportive stance. The markets expect the RBI to ensure adequate liquidity and support growth, in spite of the inflation data at this point in time. With most states in India way past the peak of the second wave, several states and key cities in India have reopened and restrictions have been relaxed. Hopes of a rise in commercial activity and a push to economic revival are back again. This may offset inflation worries. Further, pent-up demand release may have led to inflation over the past months, experts note.

What’s on the market radar?

The markets, in the near to immediate term, have not reacted in a significant manner to inflation worries. The benchmark indices, Sensex and Nifty, only recently (June 15) hit fresh highs in intraday trade touching over 52,869 and 15,901 points, respectively. What the markets will be watching closely is the progression of the monsoon. A normal to good monsoon is expected to ease inflation. More than 50 per cent of India’s irrigable land is fed by the south-west monsoon. A good monsoon will bring down prices of tomato, onion and potato prices, apart from cereals, which will bring down inflation worries.

The markets may also watch the pace of vaccinations, which seem to have improved from the peak period of the second wave. Dalal Street has also seen good fourth quarter earnings results, which have kept markets buoyant even during the peak of the second wave.

Although the increase in retail and wholesale inflation is worrisome, the markets have chosen to disregard these concerns and seem to take solace in the receding second wave, lifting of restrictions and an expected pick-up in economic activities. The markets are also watching the monsoon and pace of vaccinations and if these two factors are favourable, inflation concerns may be offset.