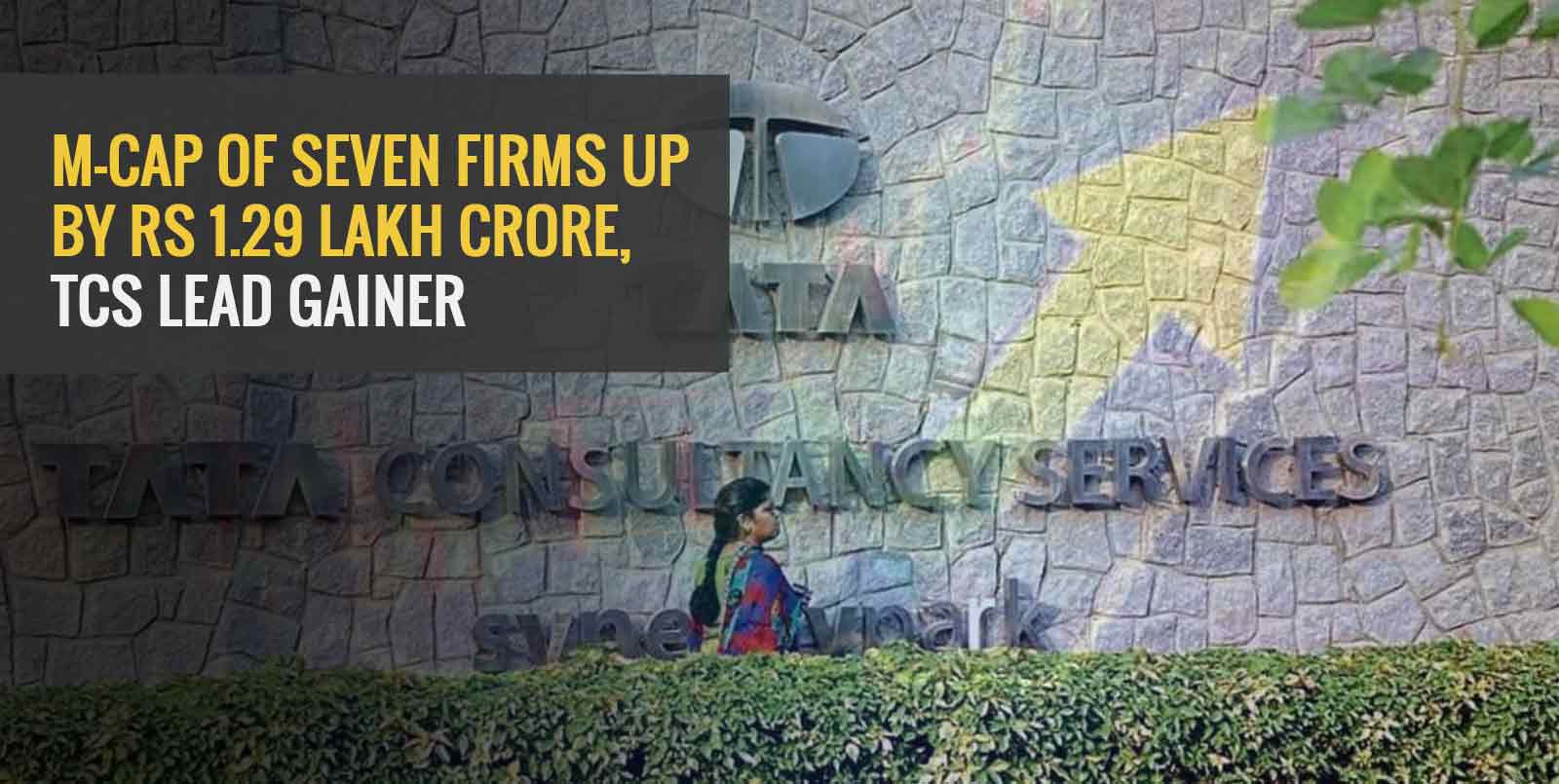 The market cap of seven most valued firms out of the top ten increased by Rs 1.29 lakh crore in the week ended December 3, according to news reports, with IT firm Tata Consultancy Services (TCS) being the main gainer, followed by Infosys, another IT firm.

Market cap or market capitalisation of a company is arrived at by multiplying the price of a share with the number of outstanding shares.

The BSE benchmark index Sensex gained one per cent for the week ended December 3, in the midst of volatility. The factors that led to market volatility included the worldwide scare related to the new Covid-19 variant and the news revolving around a faster tapering of the US Federal Reserve’s asset buying programme. Also, the US employment data that came in on Friday showed that a little over two lakh jobs were added in November, which is lower than half the expected numbers. On the upside, the GDP growth rate for Q2 of fiscal year 2022 stood at 8.4 per cent, alongside a rise in manufacturing PMI for November, which stood at 57.6, a ten-month peak. Also, GST collections for November was the second highest at 1.31 lakh crore.

The companies that saw their market cap drop in the week ended December 3 were Bharti Airtel, ICICI Bank and Reliance Industries (RIL), each dropping Rs 10,489 crore, Rs 3,686 crore and Rs 2,537 crore. The market cap of Bharti Airtel was at Rs 3.94 crore, while ICICI Bank saw its market cap touch Rs 4.97 crore. Reliance Industries saw its market cap at Rs 15.27 lakh crore in the week gone by. RIL continues to stay at the top of the list of most valued firms, followed by TCS. In third place is Hindustan Unilever, followed by HDFC and ICICI Bank, which bring up the fourth and fifth positions.

It was on September 3, 2021, that the m-cap of Reliance Industries first touched Rs 15 lakh crore, making it the first Indian company to reach this level. It may be recalled that Tata Consultancy Services crossed the $200 billion or nearly Rs 14.7 lakh crore level in terms of market cap in September this year. The milestone made the software exporter the first Indian tech company to achieve this feat and the second Indian company after Reliance to cross the Rs 14.5 lakh crore milestone.

Even as the Reserve Bank of India’s monetary policy committee meeting gets underway, there are concerns over increasing inflationary pressures. The other factors that are likely to impact the markets include the status of the new variant and the US Fed’s stance over faster taper programme and a possible increase in interest rates.

In a week that witnessed volatility, seven out of India’s top ten most valued firms added Rs 1.29 lakh crore to the combined market cap, led by Tata Consultancy Services. The tech firm’s market cap crossed the Rs 13.46 lakh crore, even as Reliance Industries continued to be the most valued firm in terms of market capitalisation.

Which is the most valued Indian company in terms of market cap?

Which is India’s most valued tech company?

Tata Consultancy Services is India’s most valued tech company; it crossed the Rs 14.5 lakh crore milestone in September 2021, and is only the second company after Reliance Industries to do so.

What does market capitalisation mean?

Market capitalisation of a company is arrived at by multiplying the price of a share with the number of outstanding shares.