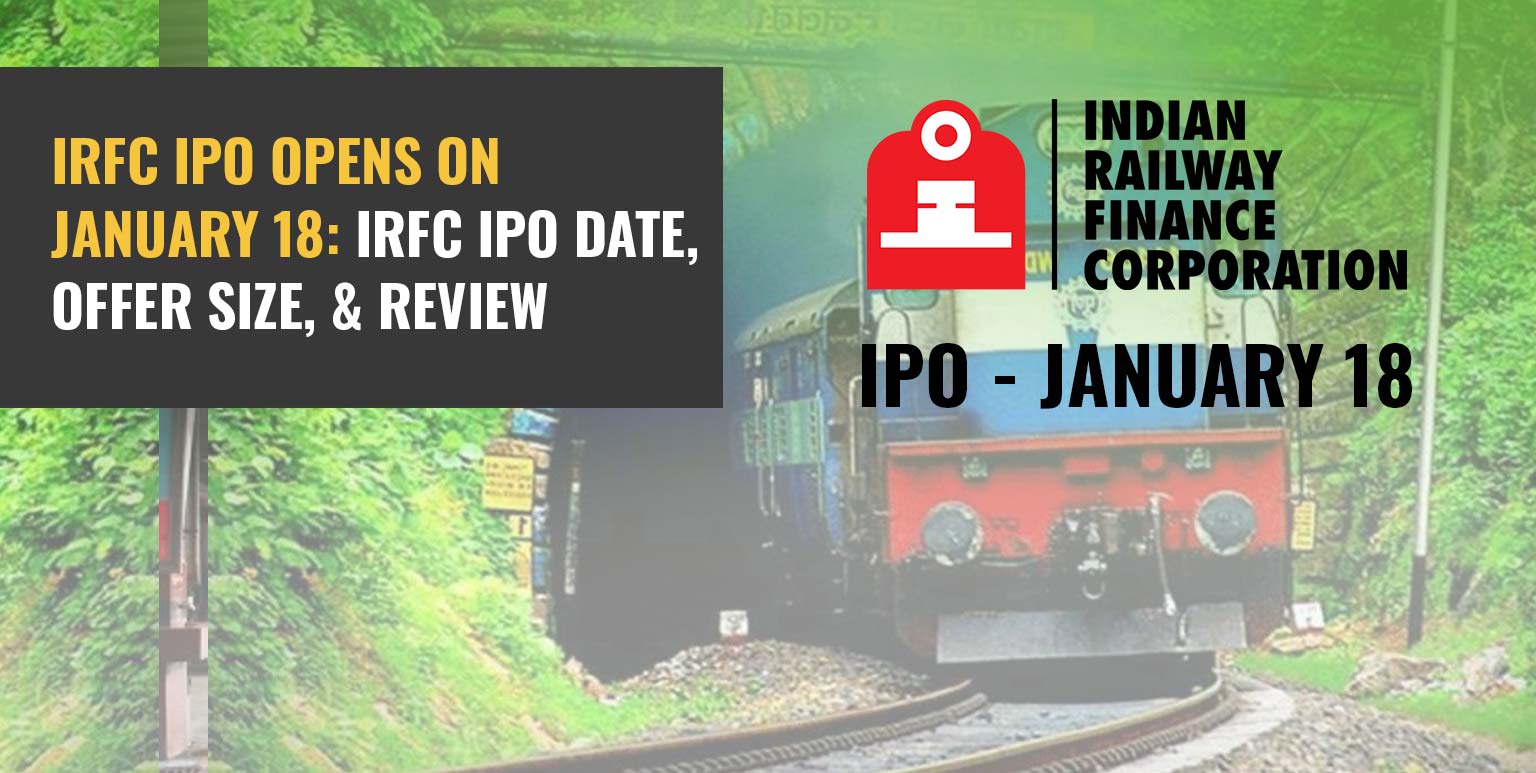 Indian Railway Finance Corporation IPO will open on January 18, 2021, and the three-day subscription window will remain open until January 20, 2021. The market is currently abuzz with anticipation since it will be the first big IPO launch of the new year. It also happens to be the first PSU NBFC to make a market debut.

The IPO segment performed quite good in 2020, despite the year being pandemic-hit. Around seventeen companies made a market debut in 2020, raising south of Rs 31,000 crores. Several companies made a stellar debut, oversubscribed by 150x. Experts hope the same liquidity glut to continue in 2021 and impact the market positively.

Now let’s look at the details of IRFC IPO and market review.

IRFC is the financing arm of Indian Railways. Its primary role is to finance various railway projects and subsidiaries under the Ministry of Railways (MOR). Unlike other NBFCs, IRFC works in a low-risk model because its primary borrowers are the government agencies. It has a significantly low net interest margin (the difference between total lending of the company and interest paid out to its depositors) of 1.5 percent. If we look at the financials of IRFC, the company never booked non-performing asset or NPA since its beginning in 1986.

IRFC works on a leasing-based model, where it borrows funds from the market to acquire different assets to lease out to the railways. All its receivables from the railways get factored into the Union budget. Financial statements of the company reveal that IRFC has recorded robust growth in the last five years; the company’s income grew by CAGR of 12.99 percent, and PTA grew by 33.95 percent.

Important Points Regarding The IPO Offer

IRFC is the primary lending arm of Indian Railways and critical for its growth and expansion, which means profitability of IRFC is directly linked to the performance of railways (expansion and modernisation). Secondly, since it is a government agency, the government might need it to work on public interest at times. It will also impact the company’s balancesheet. Investors need to mindful of these factors while considering investment opportunity.

However, IRFC has a unique business model  of low-cost lending and it will continue to grow in the future despite having high long-term debt unless there is a significant shift in government policies regarding the role of IRFC.

Most broking firms maintained ‘buy’ for the offer and said investors should consider long-term growth while subscribing to IRFC IPO.