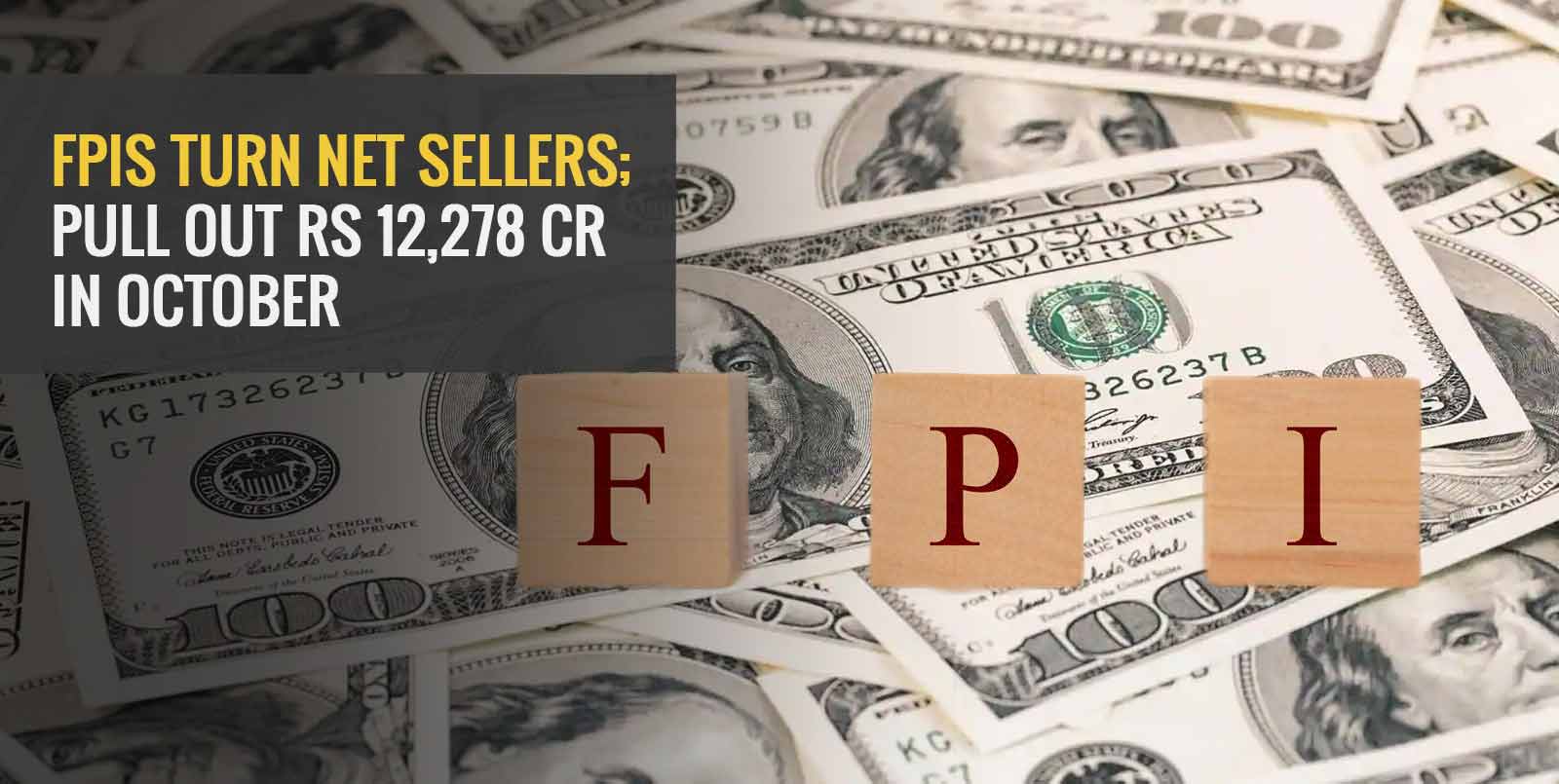 Foreign portfolio investors (FPIs) have reportedly withdrawn Rs 12,278 crore from the markets. According to data from the depositories, FPIs have invested a little over Rs 1,272 crore in debt while withdrawing Rs 13,550 crore in the equities segment.

Following the withdrawal in October, news reports suggest that the net investments of FPIs for this calendar year has now dropped to a little over Rs 50,720 crore, according to data from NSDL. Meanwhile, domestic institutional investors (DII) have reportedly invested Rs 4,470 crore for the month of October.

However, it may be recalled that FPIs were net buyers for the last two months. As per data from September, FPIs were net buyers for the month, investing Rs 26,517 crore. In August, FPI net investment was Rs 16,459 crore. Almost 30 per cent of FPI investment in debt and instruments and stocks for the whole year of 2021 came from the month of September alone, as per NSDL data. In September, key emerging markets saw inflows of FPI, with India registering the highest foreign portfolio investment. FPIs invested $884 million in South Korea, $338 million in Thailand and $305 million in Indonesia.

For the month of October, apart from India, South Korea and Taiwan also saw FPI outflows. While Taiwan saw an outflow of $2,633 million, South Korea registered an outflow of $2,801 million. On the other hand, Indonesia saw the highest inflows of foreign portfolio investment worth $951 million, with the Philippines reporting $8 million and Thailand reporting $564 million.

A key reason cited by experts for the FPI exit in October was that it was triggered in part by the high valuations in the country followed by downgrades given by some international brokerages. Further, the possibility of a rate hike by the Reserve Bank of India next year has been cited as another likely reason for the FPI sell-off in October. Yet another reason that may have contributed is the likelihood of the US Fed Reserve tapering its $120 billion monthly asset purchase programme starting from November.

IPO frenzy and FPIs in the primary market

Further, in the immediate future, three initial public offers (IPOs) are likely to raise a collective Rs. 30,000 crores. Experts note that this could mean a channelling of funds to the primary market from the secondary, prompting many foreign portfolio investors to turn sellers. According to data from the depositories cited in news reports, FPIs have invested Rs 26,872 crore in India’s IPO segment from the beginning of the fiscal year 2021-22 till late September. Foreign portfolio investors were net buyers when it came to the primary markets for eight months in a row till August 2021 investing a net Rs 36,000 crore. Also, according to reports, from January 2021, 56 per cent of the overall FPI inflows in Indian markets was in the primary market. In 2020, FPI inflow in the IPO space was 42 per cent, while it was much lower, at 27 per cent in 2019, reports add.

On the heels of two months of buying, FPIs turned net sellers for the month of October, as they sold Rs 12,278 crore from the markets. Meanwhile, FPIs are reportedly turning their gaze towards the primary market in India, as three IPOs are lined up to rake in Rs 30,000 crore in the immediate future.

What do the terms primary and secondary markets mean?

What was the FPI scenario for India in October 2021?

What was FPI inflow for September and August 2021?