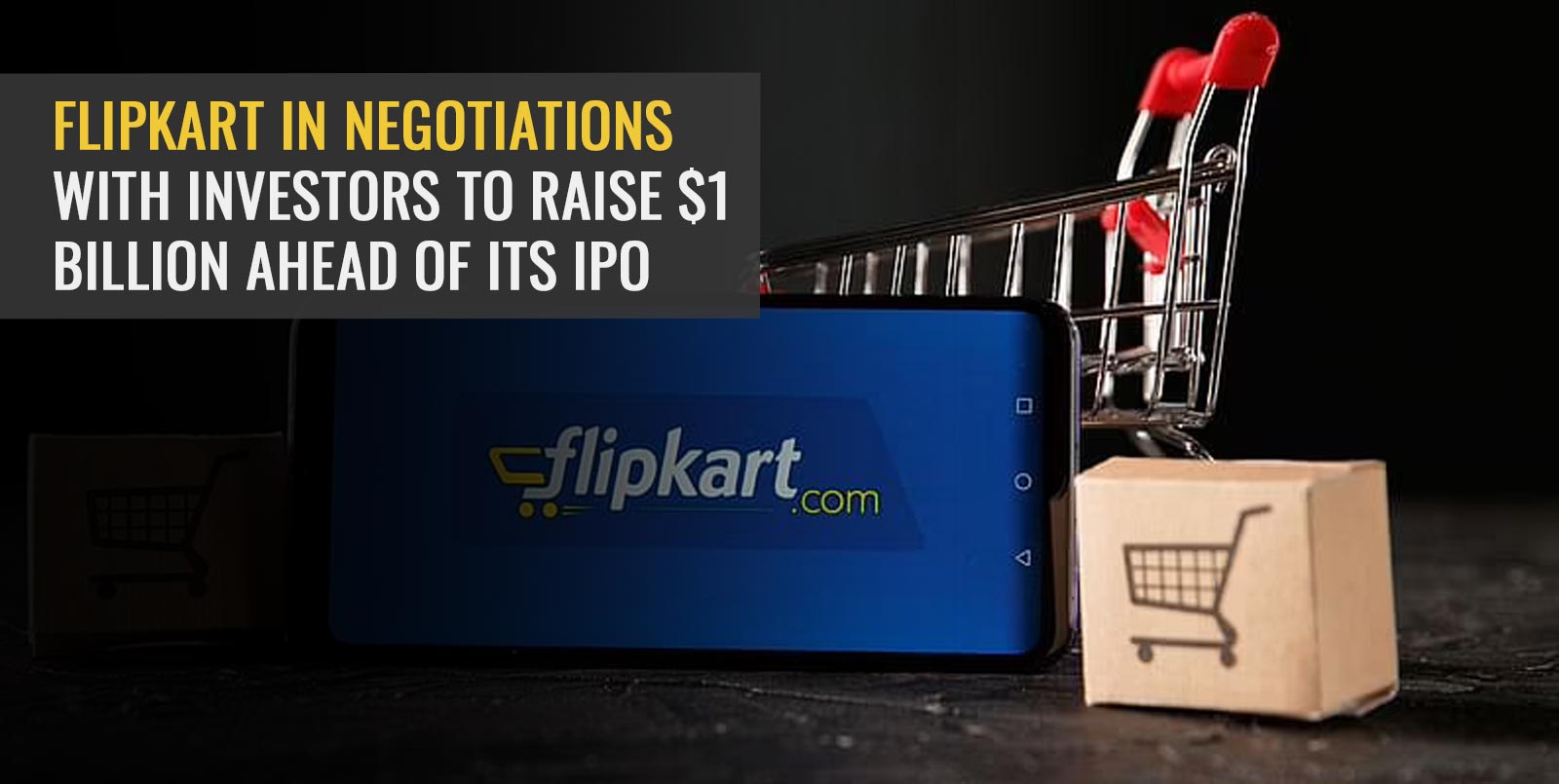 Flipkart, the Indian e-commerce behemoth, has gone public in a pre-IPO funding round to raise around $1 billion at a valuation of up to $30 billion. The IT-based startup, which let away most of the  stakes to Walmart for $16 billion in 2018, began exploring funding options with a few shareholders initially this year and has since become more intense, hiring bankers.

Internally, the firm has debated delaying its public listing until early next year in recent months. The company is also planning to go public later this year. Last year, Reuters announced that Flipkart would go public abroad in 2021.

As few major players such as Tiger Global as well as Falcon Edge are leaning on the globe’s IInd biggest internet subscribers, eleven Indian startups have become unicorns this year, with more than half of them last month. Flipkart, which was recently valued at around $24.9 billion when it raised $1.2 billion in a round led by Walmart last year, hasn’t completed the new investment, and the size and valuation of the deal could change.

Walmart announced in November last year that Flipkart and its payments subsidiary PhonePe had hit an all-time high monthly active customer base in an earnings call. In the first half of last year, Flipkart’s GMV development was hampered by a 53-day national lockdown in India.

Given that more than 250 million customers in India engaged with the e-commerce platform during last year’s festival sales, the company bounced and left the fourth quarter with good momentum, delivering GMV growth roughly double that of the full year. In early April, India was struck by a second wave of the pandemic, prompting some states to impose new restrictions on the sale of non-essential goods on e-commerce platforms. On Tuesday, Flipkart revealed that it is trying to raise its consumer durables operations as it expands into the new segment.

Competing with the titans

In India, the Bangalore-based company competes head-to-head with Amazon. Over $6.5 billion has been invested in the South Asian market by the American e-commerce company. Both companies are struggling to grow rapidly in India, where physical stores still account for the vast majority of retail sales. Last year, a new well-funded player entered the market, further increasing the rivalry. JioMart, a major fusion between Reliance Retail and Google as well as Facebook-backed Jio forums, operated in over two-hundred cities and towns across the country last year.

One of the world’s fastest-growing e-commerce markets is at stake, and it’s only going to get bigger as more first-time internet users start shopping online. By 2025, India’s e-commerce market is expected to grow to more than 300 million customers. These customers will have spent more than $100 billion on products purchased via online platforms. Flipkart and Amazon have made a number of bets in recent years to extend their presence in India. Both have introduced Hindi language support (Flipkart has added many additional Indian languages as well) and collaborated with local businesses.

“Millennials, or young people, make up 34% of India’s population. This young generation of millennials and GenZ is expected to make up 75 percent of the overall population by 2030. Today, 700 million Indians have access to the internet. And I’d like to quickly acknowledge the Government of India’s Digital India initiative, which has made this possible. As a result, you have a one-of-a-kind combination of a large market that is entirely digital, is becoming wealthier, and is very young “In February, Flipkart CEO Kalyan Krishnamurthy said.