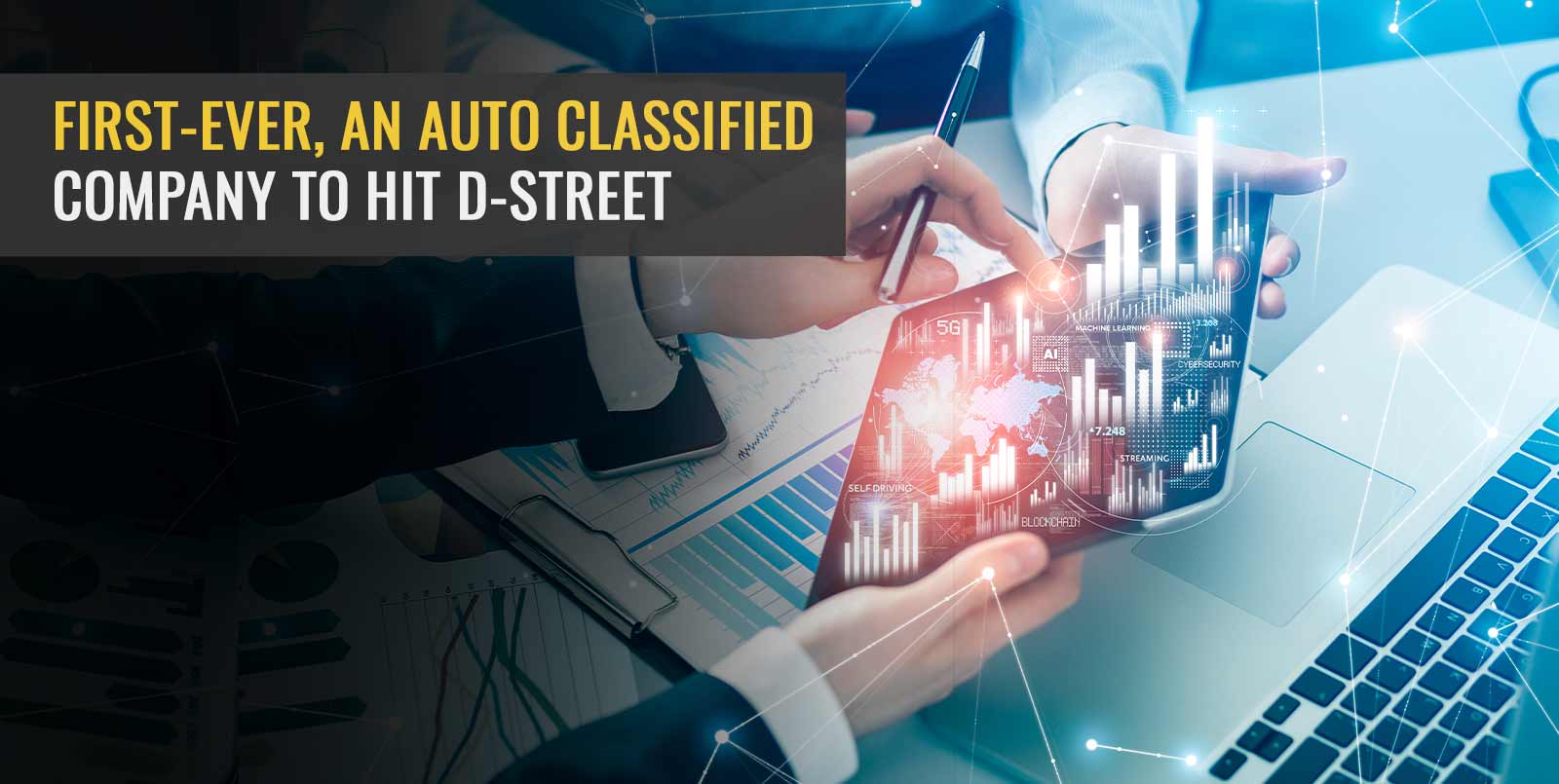 A host of new-age tech companies are lining up to launch initial public offerings as the Indian economy moves on the path of recovery post a pandemic ravaged year.

After Zomato filed for an Rs 8250 crore public offer, another tech startup, CarTrade, prepares to file a draft with SEBI this month. It will be the first from a car classified company to launch in the bourses. Their IPO size might touch Rs 2000 crores as per initial news.

The second surge of COVID-19 cases in India will add some headwinds to its recovery. But compared to several other countries, India is better placed to have a steeper recovery curve. The second wave might delay but will not derail India’s recovery process. In such a scenario, IPO news coming from tech companies opens a new horizon in the market.

Indian startups had managed to haul investment funds from international investors, but they remained primarily absent from the public market. The trend might see a change when the new-age companies adopt the public route. Companies like Zomato, Grofers, Nykaa, Delhivery, PolicyBazaar, are likely to hit the market with their maiden offers.

CarTrade is an online aggregator where users can buy and sell new and used cars. They manage CarTrade.com, Cardwale.com, and Bikewale.com under the brand and offer automobile inspection, valuation, certification, and related services through Adroit and Shriram Automall India Ltd.

Shriram Automall India is a platform for pre-owned commercial, passenger, construction and agricultural equipment and two and three-wheel automobiles. CarTrade acquired 51 percent stakes of it in 2018 for Rs 157 crores. In 2015, CarTrade took over rival Carwale.com in a process to consolidate the automobile classified platform. They are backed by several highly noteworthy investors, including America’s private equity firm Warburg Pincus, Singapore’s state investor Temasek, JPMorgan and March Capital Partners.

CarTrade.com IPO will contain primary and secondary shares to facilitate the partial exit of its investors. They are planning to go public in 2021-2022.

CarTrade’s online automobile auction platform CarTradeExchange reported a 51 percent growth in EBITDA to Rs 1.67 crores in FY 2020. The seller side business grew 1.5 times against Rs 1.10 crores in FY19. The company’s net profit was Rs 1.06 crores in FY20, registering a 32.5 percent increase from Rs 80 lakh in FY2019.

They have engaged investment banker Axis Capital as an advisor for the proposed IPO.

CarTrade was formed in 2009, and, along with Carwale, it captures 75 percent of all online auto portal traffic. According to a valuation report published by Entrackr in June 2020, the company was valued at USD 525 million after a round of fundraising of Rs 321.6 crores from Warburg Pincus, Temasek and March Capital Partners. They receive 15 million unique users and 32 million visits a month to capture a leading role in the segment.

CarTrade is likely to file a draft red herring prospectus in May.