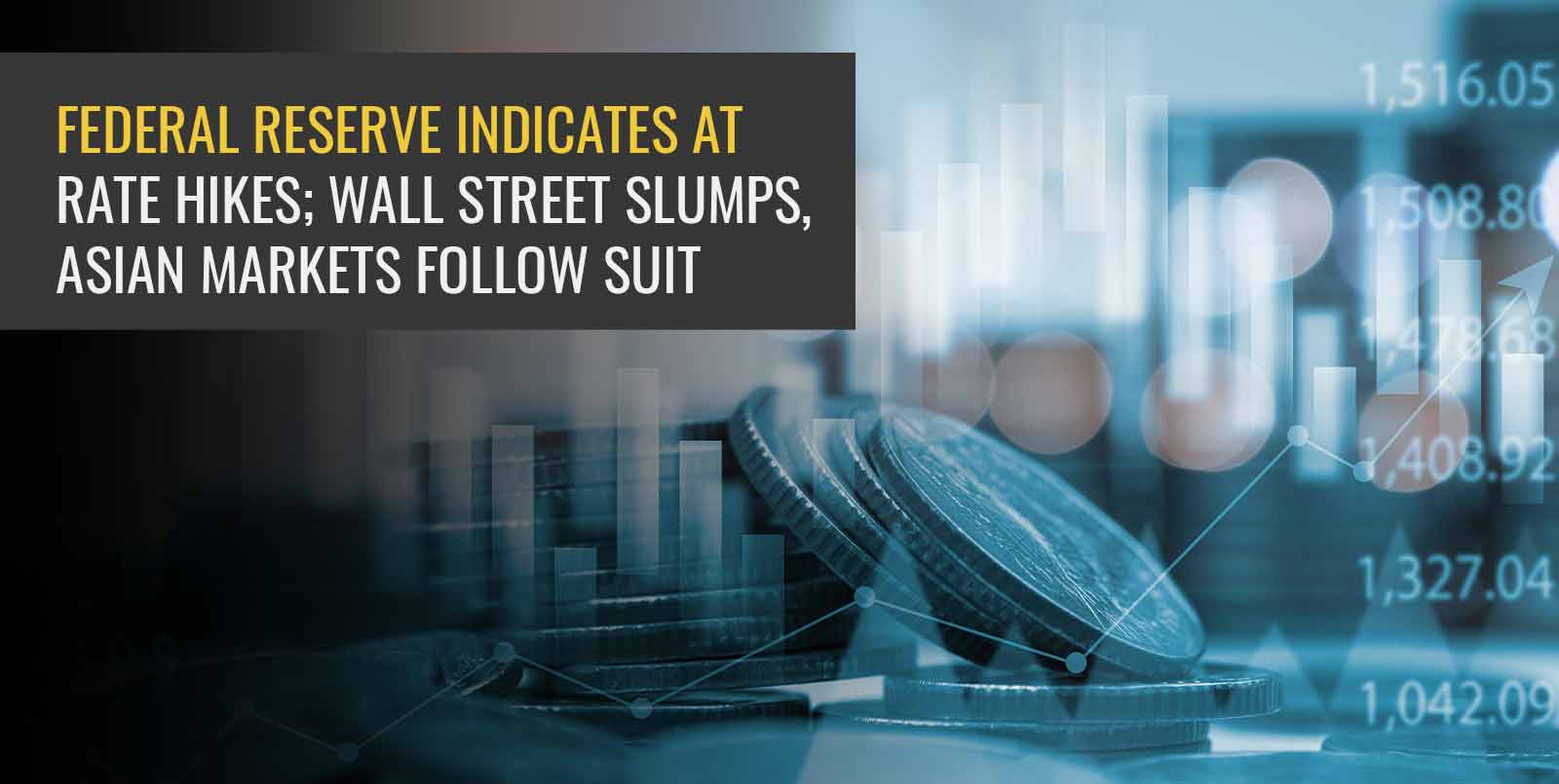 Wall Street registered a slight fall on Wednesday after the Federal Reserve announced their benchmark rates would be raised twice by late 2023. Federal Reserve, however, had previously predicted no interest rate hike before 2024. Most Asian stock markets followed Wall Street and registered a fall on Thursday.

Such an indication of rate hikes by the Fed caused benchmark S&P 500 to drop by 0.5% on Wednesday. Federal Reserve projections point to the possibility of short-term interest going up by 0.5% by late 2023.

To offer some context, low rates from the Fed and other central banks had facilitated stock market recovery from last year’s slump amidst this pandemic.

U.S energy market and other sectors

The U.S. energy markets showed a similar picture. Benchmark U.S. crude registered a loss of 64 cents to $71.51 at the New York Mercantile Exchange. Brent crude, which is the price basis of international oils, fell 70 cents to settle at $73.69 per barrel. The U.S. dollar, however, gained to 110.66 Yen from 110.50 JPY on Wednesday.

The yield on the benchmark 10-year Treasury soared from 1.50% to 1.55% on Tuesday. The 2-year yield moved up to 0.20% from 0.16%. As per Jerome Powell, chairman of the Federal Reserve, the situation has improved enough to begin discussing slowing the process of bond purchases. He also added that Federal Reserve is injecting nearly $120 billion each month in the market by buying bonds to ensure moderate longer-term interest rates.

How was the Asian stock market affected?

The markets of New Zealand, Jakarta, and Singapore plummeted while Bangkok jumped. Unlike most Asian markets, Shanghai Composite Index showed an upward jump of 0.2% by afternoon to 3,525.67.

As per financial experts, this announcement shows increased confidence in the U.S. economy, which is rebounding faster than expected. Effective and prompt vaccination drive is helping more businesses to reopen sooner.

Most investors believe that the Fed and central banks will try to withdraw their economic stimulus to placate the soaring inflation. However, the Federal Reserve thinks that inflation will be temporary.

Needless to say, this interest rate hike will impact the global share market and investors in the upcoming days. To receive important news and updates about stock markets and the financial world, check out the Angel One blogs.