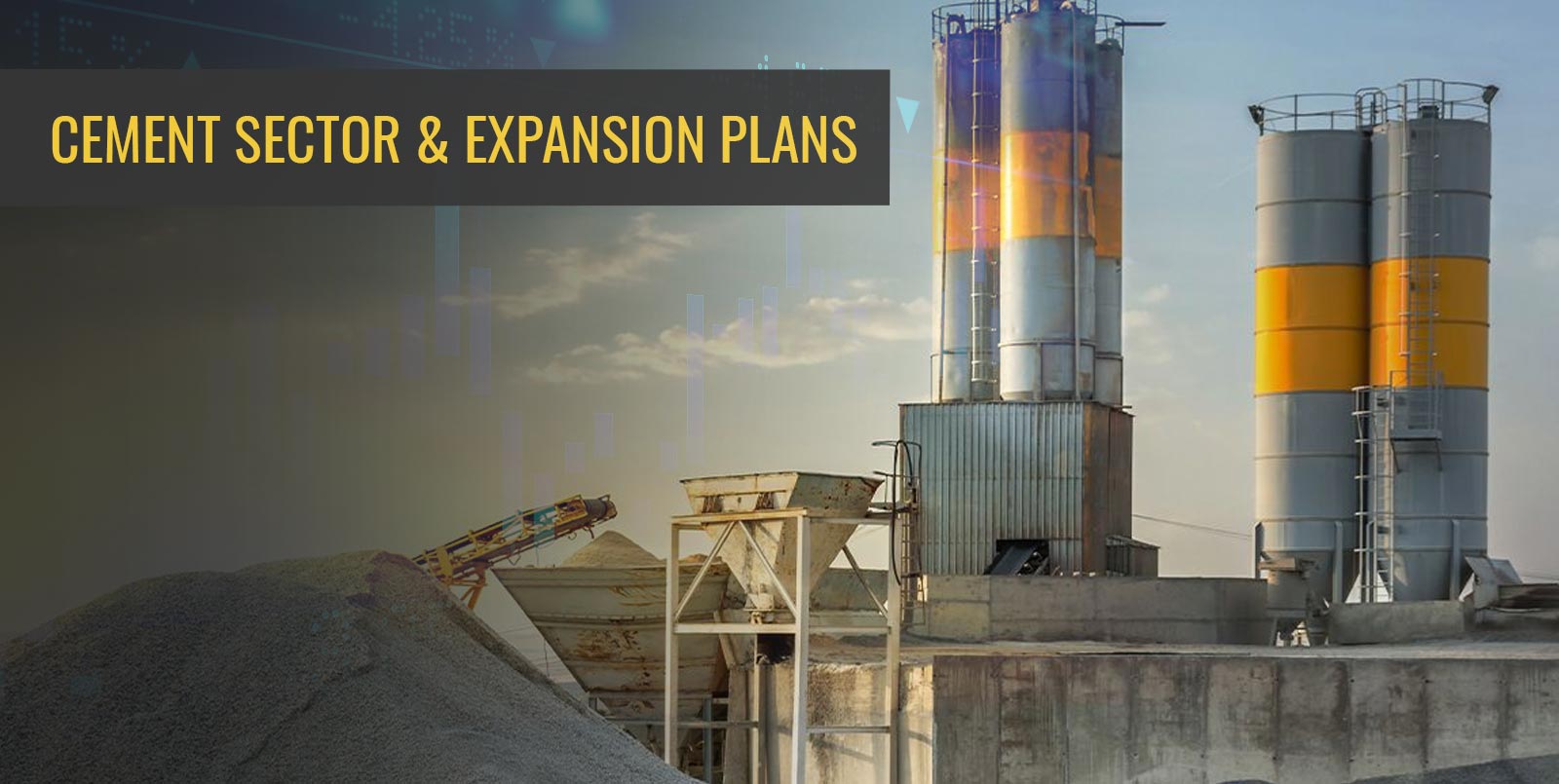 The cement sector plays an important role in the development of the country’s infrastructure while it also plays a critical role in fulfilling one of the most important basic human needs, i.e Housing. While infrastructure accounts for ~26-27% of the cement consumption in India, Housing (both Urban and Rural) which also includes low-cost housing, accounts for ~59-63% of the overall demand. Commercial and Industrial activities make up the balance portion of the consumption.

As seen in the recent Budget, there has been a sharp increase in the capital expenditure by 24.5% YoY to `7.5 Lakh Crs. This was on the back of ~41.4% YoY growth witnessed in FY2022. This is expected to positively impact the infrastructure sector and the roads are expected to be a key area of focus where there is a target of 25,000 Km of highways that will be added during FY23. Allocation of ~`48,000 Cr for the completion of 80 Lakh houses under PMAY would be another key driver of cement demand in India. Hence, the outlook for cement consumption is favorable. However, the dynamics of the cement industry are different as the cement capacities and the consumption growth in various regions of India differ. Of the total cement capacity of ~560 MTPA, the South accounts for the largest share of ~180 MTPA followed by the East at ~114 MTPA, North at ~112 MTPA, and West at ~82MTPA, and Central region accounting for ~73 MTPA. But in terms of consumption, cement consumption growth in South and West is lower compared to other regions resulting in lower capacity utilization while the capacity utilization in the North, Central, and East are healthier as these regions, particularly East and Central have seen stronger consumption growth of ~9% and ~5% CAGR over the past 5-6 years.

Consequently, given the strong growth prospects in these regions as well as overall recovery in cement demand, companies lined up their capacity expansion over the next few years with East garnering a majority of the attention.

With the recent news flow regarding Adani Group acquiring Holcim’s business in India (Ambuja and ACC), and Adani Group intending to double the current grey cement capacity from ~66.5MTPA over the next five years, the competition is expected to heat up. Post its unsuccessful bid to take over the Holcim Assets, Ultratech cement, the nation’s largest cement maker also announced cement capacity expansion of 22.6MTPA which would be completed by FY25 and further increase the competition. However, with East expected to garner significant attention as stated above, the pricing power would not be as strong as earlier. We believe that given the past growth trend and current expansion plans of listed companies, the North region is well placed from utilisations as well as the ability to pass on price hikes which are more crucial in the current environment where the price of Coal (Energy cost), critical for making clinker, has skyrocketed.

Current profitability to be impacted by high input prices.

The price of Coal has skyrocketed over the past year initially owing to supply chain issues in CY21 and the second wave of the surge being caused by the fallout of Russia’s invasion of Ukraine. As a result, the profitability of the cement manufacturers is expected to come under pressure as there will be some difficulty in passing on the full quantum of fuel cost inflation across markets.

Cost break-up of the cement industry 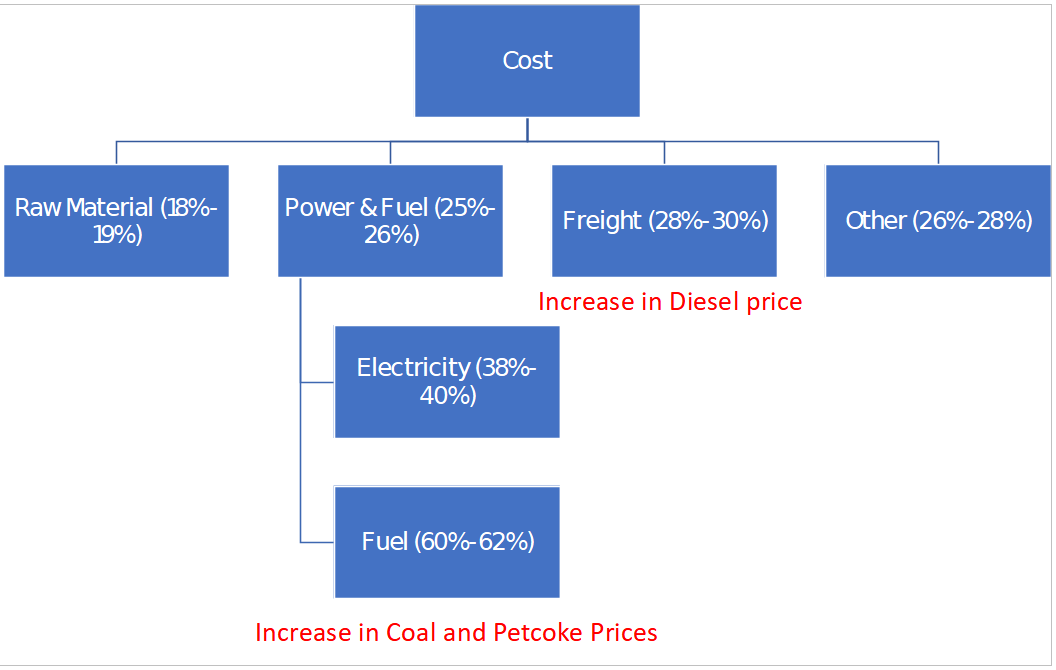