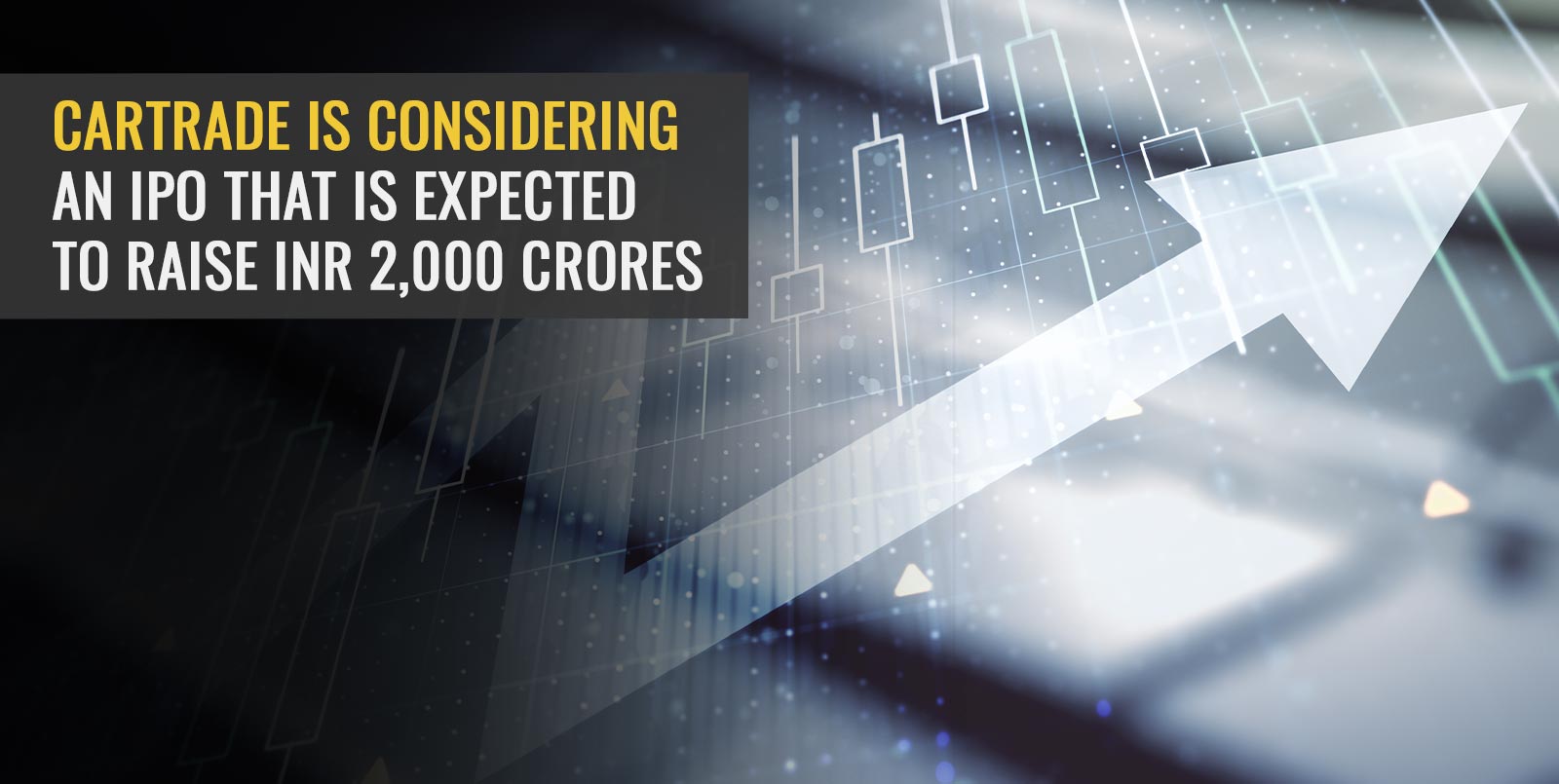 Overview of CarTrade and it’s IPO

– CarTrade.com, a leading auto e-commerce company backed by Temasek, Warburg Pincus, and JP Morgan, has begun preliminary talks with advisors to launch an initial public offering (IPO) in 2021 to raise around Rs. 2,000 crores. This will be the first-ever IPO on the domestic bourses by an online auto classifieds marketplace or website if the listing plans are successful.

– CarTrade.com competes with many players like Droom, and is funded by March Capital and Epiphany Ventures. Between 2000 and 2009, Vinay Sanghi, the company’s founder and CEO, was the CEO of Mahindra First Choice Wheels. Axis Capital has been hired as the left lead for CarTrade.com’s planned IPO, and legal counsel has also been brought on board. At a later stage, further investment banks could be named. The initial aim is to raise about Rs. 2,000 crores, but the final amount may change.

– The IPO would most likely be a combination of primary and secondary stock offerings, with the primary goal of facilitating a partial exit for the company’s investors while also raising growth capital. Following negotiations with SEBI, the company will make a final decision on IPO proceeds. The DRHP is expected to be filed in May. CarTrade bought rival CarWale from Axel Springer, a German media conglomerate, for about Rs. 590 crores in November 2015. It later purchased a 51 percent stake in Shriram Automall India Private Ltd, a subsidiary of commercial vehicle lender Shriram Transport Finance, in January 2018.

– Many e-commerce companies are aiming to enter the market in the next 12 to 18 months. All of CarTrade.com’s companies are profitable, and the company has recovered from the pandemic thanks to a sharp increase in the selling of used cars. In terms of numbers, they’re doing very well. Since the industry is at the bottom of the period, anything related to new and used car sales would do well.

– According to reports from March 2020, the company had a gross merchandise value of $3 billion and planned to apply for an NBFC licence with the RBI. Cartrade raised Rs. 137.14 crores in FY20, according to an Inc42 estimate, with a total loss of Rs. 128.25 crores and a net profit of Rs. 8.88 crores.

– CarTrade.com is an online auto marketplace that was established in 2009 to provide buyers and sellers with a structured forum for transacting in new and used vehicles. It has grown its offerings across India with a network of over 4,000 dealers since its inception. According to its website, over 4 million unique customers visit CarTrade.com every month.

– CarTrade.com, the customer platform where users can buy and sell used/new vehicles, and CarTradeExchange, the dealer portal that lets them handle their business operations, are the two parts of the company’s business. Used car price details, certified used cars, on-road dealer prices, and expert reviews are just a few of the portal’s features that help buyers and sellers find suitable vehicles at reasonable prices. In addition, the site offers information about the car industry as well as the most recent automotive news, including reviews of upcoming models.