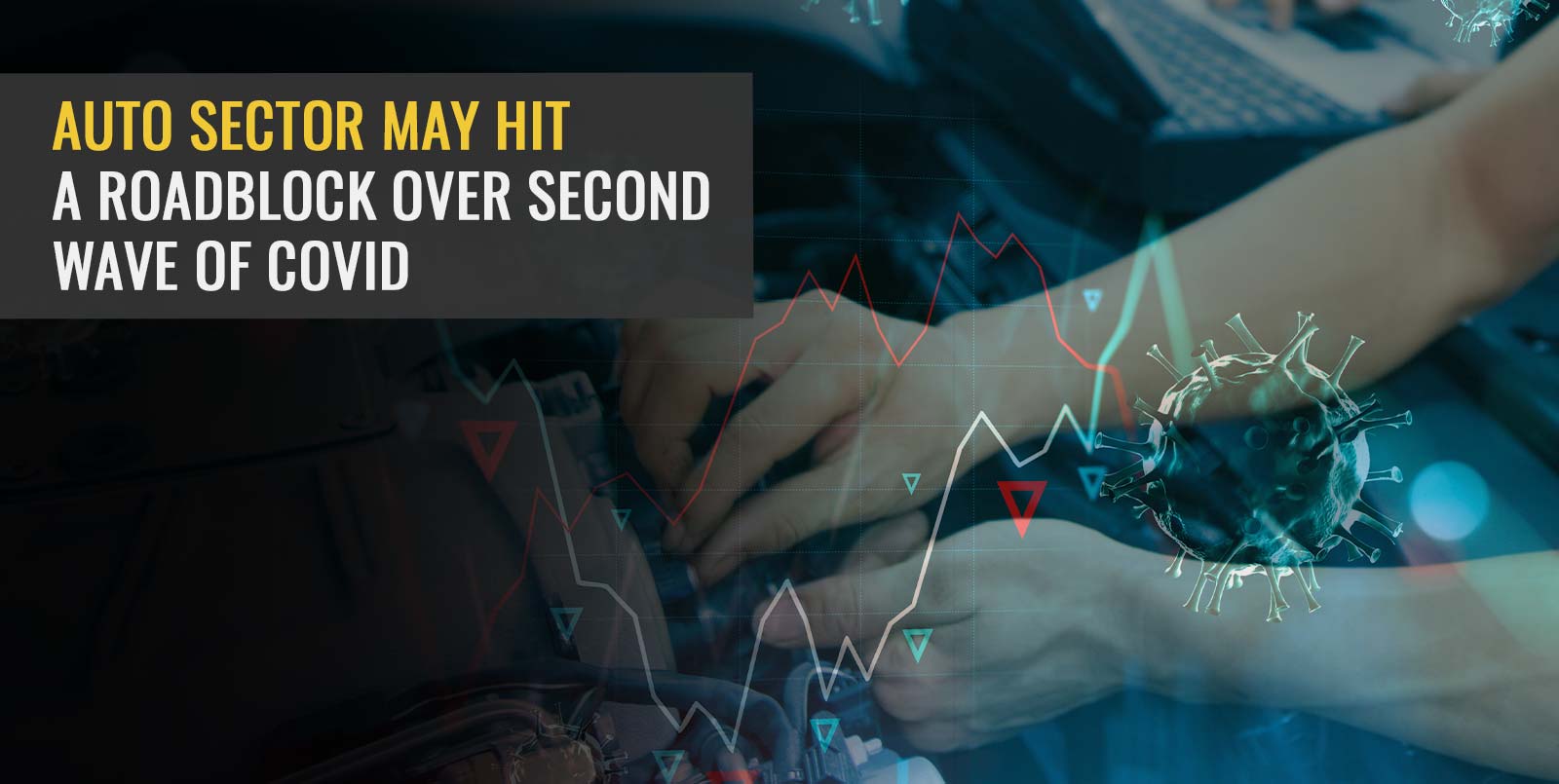 The second wave of Covid-19 infections is posing a challenge to the auto sector, which had just about started to pick up pace. The country saw over 3.6 lakh new infections on Tuesday alone and reported over 3200 deaths.

Rising cases have meant many states have imposed a range of curbs and lockdowns. Meanwhile, there has also been a proposal to impose fresh curbs on districts in the country where Covid-19 positivity rate is more than 15 per cent. This may have an impact on the auto sector, as there will be a dip in the retail business. Dealerships may need to close and even in situations when they are open, the rising cases may hamper customer walk-ins into stores.

In fiscal year 2020-21, passenger vehicle (PV) sales in India dropped by more than 2 per cent, according to the Society of Indian Automobile Manufacturers (SIAM). Sale of two-wheelers also dropped in the same period as sale of units from the manufacturer to dealer dropped by over 13 per cent. The sale of commercial vehicles also dropped by over 20per cent in 2020-21 to touch a little over 5.68 lakh units. Three-wheeler sales also saw a significant drop of over 66 per cent as the pandemic applied brakes on any kind of movement by the public during most of 2020. Sale of vehicles across all categories saw a decline of 13.6 per cent to 1.86 lakh units in 2020-21.

Sales saw a solid rebound only in the last quarter of FY 2020-21, with sales shooting up 26 per cent from the last year, and limited the decline in sales to 13.6 per cent. The last quarter also saw sales of passenger vehicles rising by 42.4 per cent, recording 9.3 lakh units, the highest ever for one quarter.

However, just as the auto sector was seeing a renewal of sorts, there is fear that business activities may face a hurdle in the wake of the second wave of the pandemic sweeping across India. The Nomura India Business Resumption Index (NIBRI) registered its sharpest weekly decline in more than a year on April 25, when it fell to 75.9, which is 24 points below the pre-pandemic levels.

Adding to the challenges that the auto sector is facing in terms of decline in sales, commodity prices have also gone up over the last six months. Steel and crude have shot up by a whopping 55 per cent. Copper prices have increased by 32 per cent while aluminium has gone up by 26 per cent.

Impact of second wave may be short-term

Analysts say the uncertainties and challenges that the auto sector is facing are near term; the medium-term impact on the auto sector is likely to be limited. The pace of vaccinations and the peak followed by steady decline of cases from thereon will decide the fate of the economy and the resumption of business activities. This also applies to the auto sector, which accounts for nearly half of India’s manufacturing GDP.

The second wave of the pandemic is expected to peak in mid-May and cases are estimated to take the downward trajectory from then on. Also, vaccinations are expected to pick up pace. India has opened up vaccinations for all adults over 18 starting from May 1, which may ensure that a larger percentage of the population gains immunity in good time. This will have a huge economic impact as well, and the auto industry will also benefit. Brokerage Nomura notes that the ongoing second wave is likely to pose a short-term economic shock which is likely to be more of a localised one. The impact will be felt in the June quarter but the firm expects medium-term growth outlook to be stable.

The country is in the grip of the second wave of Covid-19 infections and the auto sector, much like other sectors, is likely to experience a setback owing to the rise in cases and the restrictions imposed as a result. The sector had just about recovered from the challenges of the pandemic and posed strong fourth quarter results. There may be a near-term impact, ie, for the June quarter, but as vaccinations pick up pace and the peak is reached, the auto sector is likely to pose a recovery.