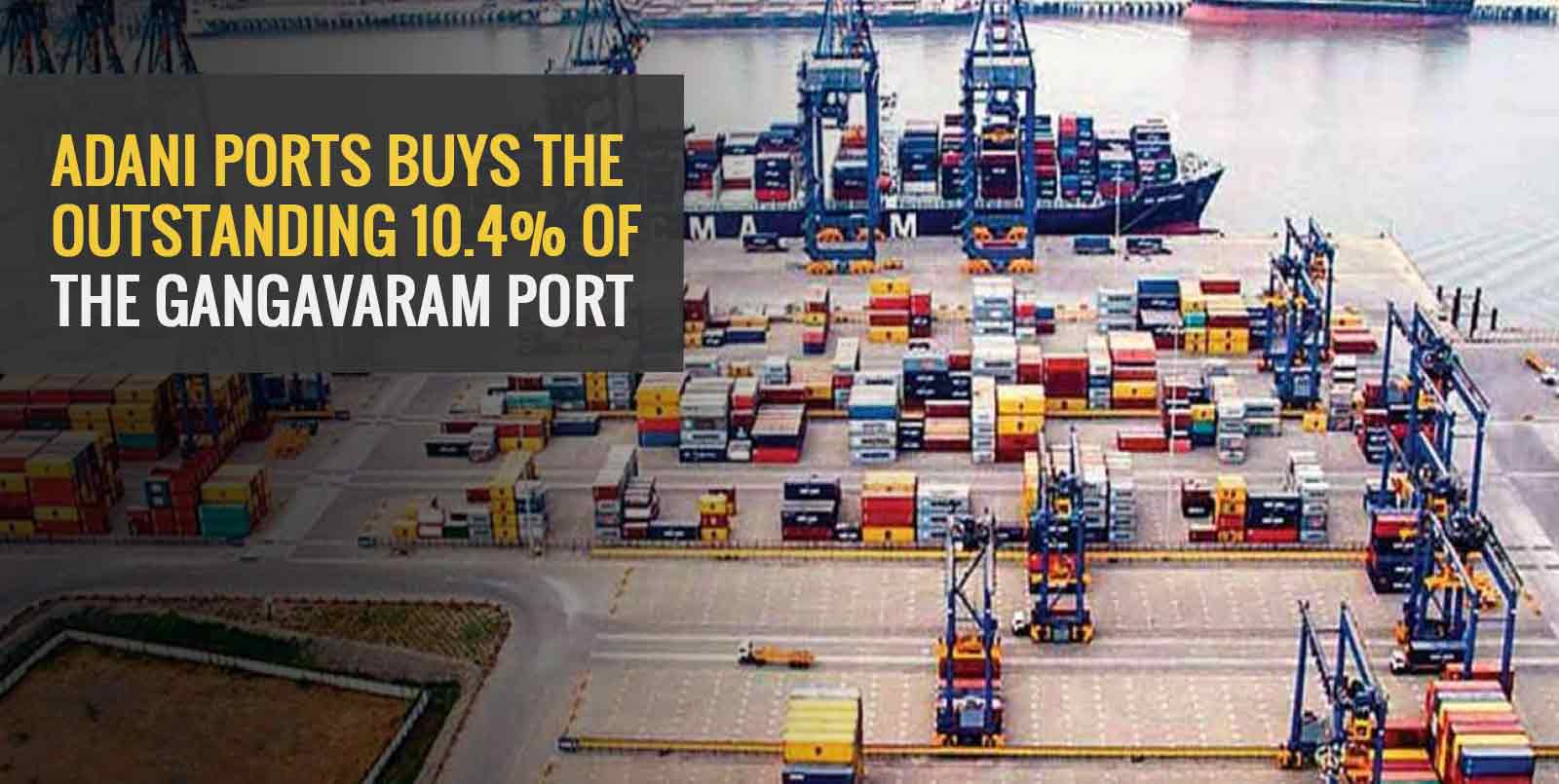 “The boards of directors of APSEZ and GPL have also approved the merger of GPL and APSEZ, based on GPL’s valuation of Rs 120 per share and APSEZ’s fair value of Rs 754.8 per share, resulting in a swap ratio of 159 APSEZ shares for 1,000 GPL shares for DVS Raju and Family’s 58.1 percent holding in GPL. The merger, which is set to begin on April 1, 2021, and is subject to NCLT approval, is likely to be completed by March 31, 2022”, it added in a statement.

APSEZ had already bought 31.5 percent from Windy Lakeside Investment Ltd, a Warburg Pincus affiliate, in April 2021, and had inked a deal for DVS Raju and Family’s controlling interest of 58.1 percent. DVS Raju and his family will acquire around 480 million shares after GPL and APSEZ merge, giving them a 2.2 percent ownership in APSEZ worth Rs. 3,604 crore.

“As part of the APSEZ portfolio, GPL is debt-free and has strong growth potential. The transaction was finalized at a share price of Rs 6,200 crore, implying an EV/ FY21 EBITDA multiple of 8.8x and EPS growth of 7% for APSEZ in FY21,” the company said in a statement.

GPL is a non-major port with a capacity of 64 MMT that was built under a concession from the AP government that runs till 2059 and serves as the entrance to a hinterland spanning eight states in Eastern, Western, Southern, and Central India. It handles a mix of dry and bulk commodities as a deep draught modern multifunctional port capable of receiving fully laden Super Cape size vessels of up to 200,000 DWT.

GPL had 32.8 million metric tonnes of cargo, sales of Rs 1,057 crore, EBITDA of Rs 625 crore, and profit after tax of Rs 494 crore in FY21. GPL handled 8.7 MMT of cargo in Q1 FY22, earning Rs 313 crore in revenue, Rs 215 crore in EBITDA, and Rs 192 crore in post-tax profit. GPL is on track to maintain its excellent growth and margin expansion, thanks to a number of operational measures in the works.

The Board of directors has approved the issuance of NCDs

At its meeting on September 18, 2021, the BoDs of Adani Ports and Special Economic Zone Limited gave their nod for the issuance of Non-Convertible Debentures for capital expenditure, refinancing of existing debt, and general corporate purposes in one or more tranches on a private placement basis for an amount not exceeding Rs. 1,000 crore.

What exactly does Adani Ports do?

Is Adani the owner of Mundra Port?

Mundra Port is India’s biggest privatized port, located near Mundra in the Kutch state of Gujarat on the north shores. Previously controlled by Adani Group’s MPSEZ, it was later expanded into Adani Ports & SEZ Limited (APSEZ), which now manages many ports.