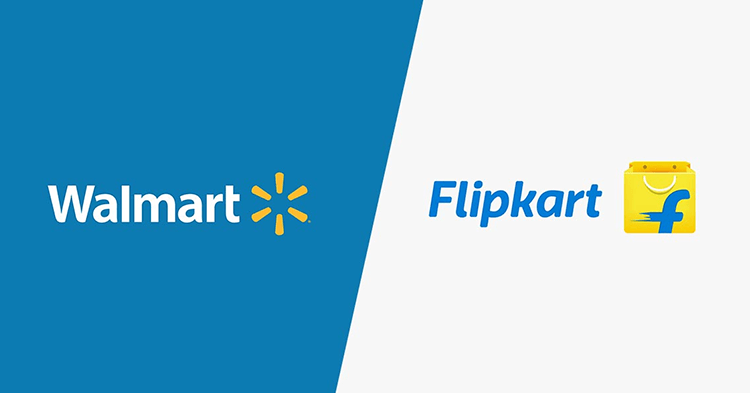 After months of speculation, the rumour mills finally came to a grinding halt as Walmart officially announced the acquisition of 77% stake in Flipkart for a consideration of $17 billion. Interestingly, the first announcement was made by Masayoshi Son of Softbank, but that is more on the lighter side. Before we get into the nuances of the deal, it would be interesting to understand why Walmart was so keen to buy a majority stake in Flipkart. Let us begin with the 5 year price chart of Walmart on the NYSE, compared to the Dow Jones Index.

It is quite clear from the above chart that Walmart stock has grossly underperformed the Dow over the last 5 years. In fact, the Dow has given 6X returns compared to Walmart over the last 5 years. Obviously, Walmart has been missing something and that is exactly where Flipkart appears to fit in. Over the last 20 years, most of the offline retail acquisitions of Walmart have destroyed value. Take the cases of Cifra of Mexico, Wertkauf and Interspar of Germany, ASDA of UK, Seiyu of Japan and Massmart of South Africa. All these have resulted in value destruction for Walmart and in most cases Walmart has been forced to exit at a loss. Over the last 5 years Walmart has focused more on acquiring online properties like Jet of the US and Yihaodian of China and they have been relatively more promising. For Walmart, this is the much sought after entry into Indian markets. The Indian ecommerce market place is likely to grow from the current $20 billion to $80 billion by 2020. This includes a salivating 200 million online Indian shoppers. That is exactly where Flipkart and India fit into Walmart’s larger scheme of things. This is more so at a time when the US retail business of Walmart has been growing at less than 2.5%.

Back to the structure of the Walmart – Flipkart deal

Over the last five years, the real competition in the Indian online market place has been between Amazon India and Flipkart. Amazon had been making overtures to Flipkart for quite some time but that would have really faced resistance from the Competition Commission of India. The obvious answer for Flipkart was Walmart. As part of the deal, Walmart will pay $16 billion to acquire a 77% stake in Flipkart. That gives Flipkart an enterprise valuation of $20 billion. Two of the early investors in Flipkart; Softbank and Naspers, will sell their entire stake to Walmart. Other investors like Accel Partners, Tencent and Tiger Global will continue to retain a small stake in Flipkart.

What about the two original co-founders. Sachin Bansal will cash out his 5.5% stake in Flipkart for around $1.15 billion while Binny Bansal will hold on to a part of his stake and will also continue as the Co-CEO of the new entity.

Taking on the Amazon + Alibaba challenge

Many analysts are calling this the 21st century Walmart. They are not entirely off the mark. If you see the acquisitions and divestments by Walmart in the last few years, the clear tilt is towards online. For example, Walmart exited its offline acquisitions in UK, South Korea and Germany in the last few years. It also exited its offline JV with the Bharti Group in 2013 for running offline retail stores. Walmart still carries on its cash-and-carry business in India and the Flipkart acquisitions perfectly gels with its existing plan. But the bigger challenge could be taking on Alibaba and Amazon in the fastest growing ecommerce market called India.

With the ecommerce market likely to grow from $20 billion to $80 billion in a span of 2 years, that is obviously a humongous opportunity. You also have the combination of 200 million potential online customers support by a rapid spread of smart phones and 4G connections. While the market will continue to be a competitive market, at some point it will become a Winner-Takes-It-All market. That is the inflection point that Walmart, Amazon and Alibaba will be waiting for in the Indian context. But, more about the competition!

Firstly, the battle is about cash and more cash. Both Amazon and Walmart have the appetite to pump in funds into their India business. Amazon has promised to pump in $5.5 billion into India and Walmart can match it dollar-for-dollar. After all, the US market is growing at just about 2%. While Amazon is a technology company that integrated forward into an online retailer; Walmart is a brick-and-mortar retailer which is integrating backward into online fulfilment. It remains to be seen which model works better in India. But an equally potent challenger could be Alibaba of China through its investment in Paytm. Alibaba focuses on small businesses and attempts to capture the market place by dominating the ecosystem which includes financial services, logistics, infrastructure and a ready market.

Is India losing out on domestically created corporate poster boys?

As the ecommerce market place evolves in India, the bigger question is what happens to home-grown Indian companies. It is interesting when you compare that TCS and Reliance took 50 years to create a market value of $100 billion. Flipkart created $20 billion in a little over 10 years. Paytm may do a similar number. But the question is what happens to home-grown brands. Of course, the promoters are perfectly justified in monetizing their stake but the question is why India is not able to create an ecosystem for these players to finance and scale much higher from current levels.

Take the case of China. It has created the likes of Tencent, Alibaba and Baidu which can really stand up to US tech giants like Google, Facebook and Amazon. In the entire Flipkart deal there is, probably, a much bigger lesson for India.