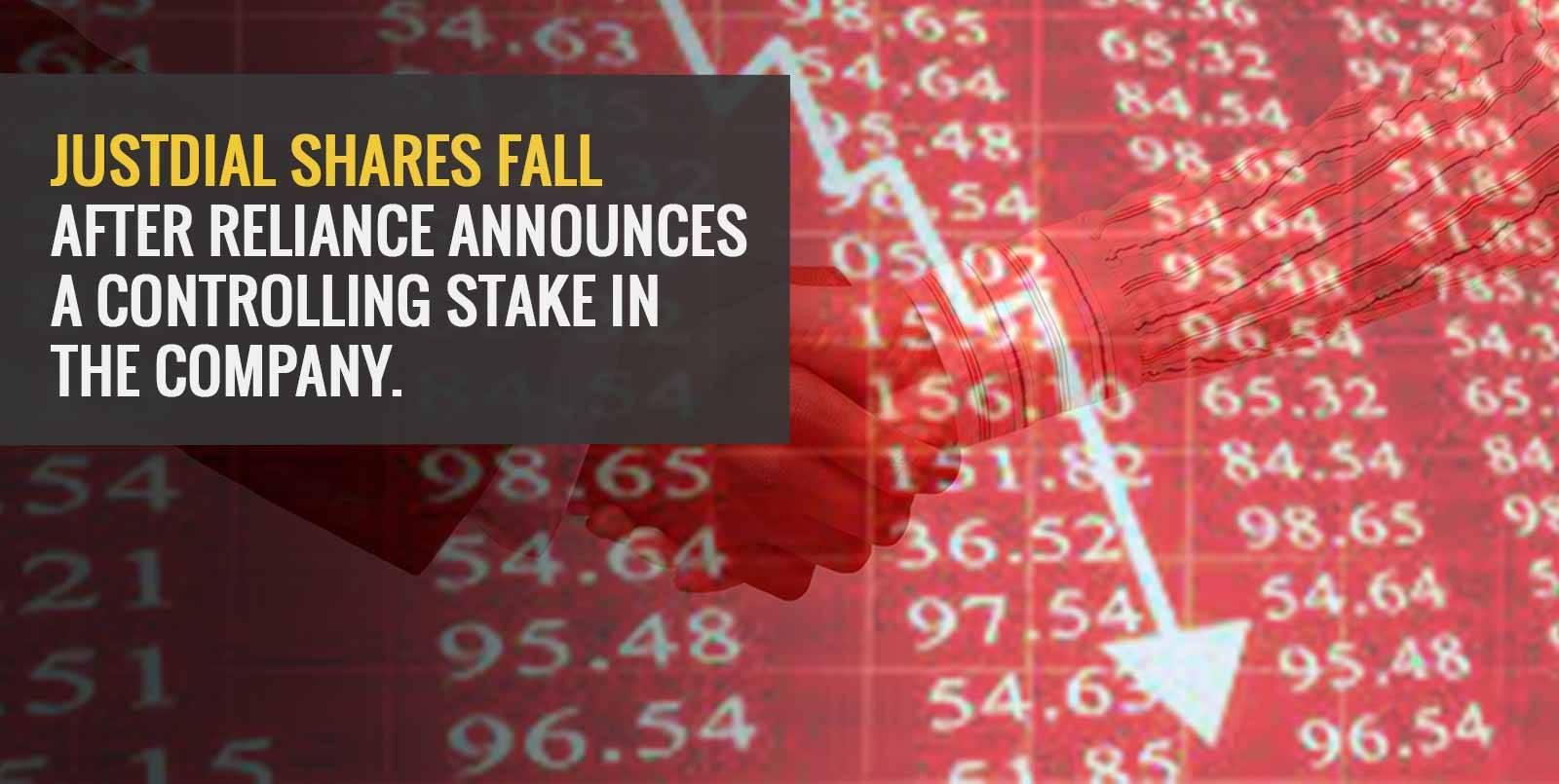 Reliance Retail made an open offer to JustDial investors at a 5% discount to the current price, which dragged on the latter’s stock on Monday.

This is the same price at which Reliance Retail will receive 2.12 crores preferential shares, or a 25.33 percent post-preferential ownership.

What does JustDial have in store for Reliance?

RRVL can now take advantage of JustDial’s experience in local search for services. JustDial offers a database of millions of listings and a quarterly unique user count of 129 million (as of 31 Mar 2021).

Total investments made by RRVL in JustDial

Following an open offer to JustDial’s public shareholders, its total investment in the company might be in the range of Rs. 5,700 crores. So far, the Reliance Industries subsidiary has paid Rs. 1,332 crores for more than 1.31 crores shares from VSS Mani, the company’s founder and managing director, at Rs. 1,020 per equity share.

The preferential issue of more than 2.12 crores equity shares at Rs. 1,022 has cost further Rs. 2,165 crore. RRVL’s open offer to JustDial shareholders to raise its position to 67 percent entails paying an additional Rs. 2,222 crores to buy up to 2.17 crores equity shares. This assumes that RRVL will receive the open offer’s 26 percent stake.

One App that Fits All Tasks?

With full-stack consumer vertical startups like Urban Company, Practo, Zomato, Make my Trip, and others, as well as horizontal platforms (Google and Facebook), Justdial has struggled, with only a 3% revenue CAGR between FY18 and FY20. Despite product launch failures and revenue stagnation in top cities, the company aggressively extended its foothold on-street infrastructure in 150+ locations (2.5x personnel increase during FY15-20), resulting in overall revenue growth of 10% CAGR. Its income from markets outside of the top 11 cities climbed at a 39 percent compound annual growth rate (CAGR). Many investors are encouraged by the company’s willingness to forego some of its strong operating margins in order to develop new items with a larger chance of success than previous releases.

The company’s recent focus has been on B2B, which debuted in February this year after continually failing to achieve success despite adding layers to its core service offers. When compared to older channels, B2B platforms deliver a better return on investment for marketing budgets. Connecting sellers and buyers reduces the amount of commission paid to distributors and trade agents, as well as the cost of working capital. While IndiaMART is the most popular, it only represents a small portion of the country’s MSMEs. Investors believe that two or more B2B platforms can coexist if there is enough room for expansion.

Between FY15 and FY17, the earlier digital pivot through the JD app — billed as India’s first super app — that aimed to offer a variety of services and offerings in the form of hyperlocal delivery failed to deliver on its promise of “full stack” B2C services, necessitating the latest transition. Even B2B is becoming competitive, thanks to Indiamart and Udaan. However, with Reliance’s help, JD will be able to scale up and focus on growth rather than the thrifty approach it has taken so far.