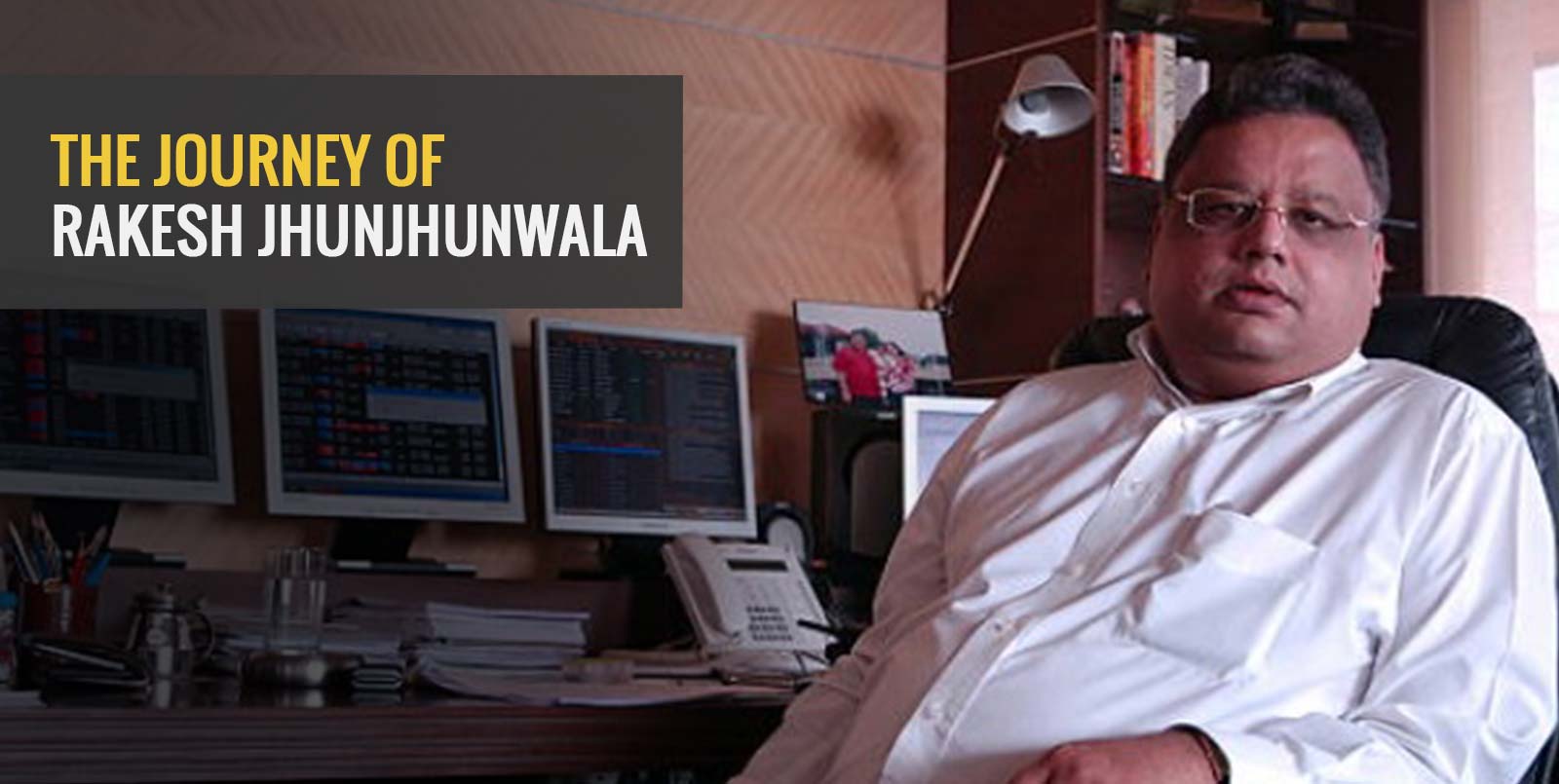 On the early morning of August 14, 2022, India was shocked by the news of Rakesh Junjhunwala’s demise. He was India’s ace investor and fondly called the big bull of Dalal Street. Let’s look at the life and legacy of Rakesh Jhunjhunwala and try to take a leaf or two from his investment book.

Rakesh Juhnjhunwala was born in Mumbai on July 5, 1960, to a middle-class family. His father was an Indian Income Tax Department official. After graduating from Sydenham College in 1985, he joined the Institute of Chartered Accountants of India. His father was a stock market enthusiast and an active investor, which got Rakesh interested in share investment.

How did Rakesh Jhunjhunwala enter into the stock market?

His success story in the Indian stock exchange has earned him many nicknames, like Warren Buffet of India.

It becomes news whenever Rakesh Jhunjhunwala buys or sells stocks in the market. What he holds in his portfolio can give a new investor a lesson on investment.

Some of the brightest stars of Rakesh Jhunjhunwala’s portfolio were – Titan, Star Health and Allied Insurance Company, Metro Brands, Tata Motors, and Crisil. The total value invested in these stocks is more than Rs. 1,000 crore to Rs 11,000 crore.

Rakesh Jhunjhunwala’s portfolio held stocks of thirty-two publicly traded companies for a total valuation of Rs 32,000 crore in August 2022. The Titan and Crisil stocks he purchased in 2015 are 77% of his portfolio.

Some unknown facts on Rakesh Jhunjhunwala

When asked about his successful investments as a private equity investor, he said it was because he was patient and his investment horizon was long.

RARE Enterprise is an asset management company owned by Rakesh Jhunjhunwala. It managed all his investments. The company’s name is derived from the first two letters of his name and two letters of his wife’s name, Rekha, also an investor.

Rakesh Jhunjhunwala had arranged to pass his wealth of Rs. 46,000 crore – direct holdings in listed and unlisted companies and immovable properties to his wife and three children.

The untimely death of Rakesh Jhunjhunwala has once again highlighted the question of mentioning a nominee in your Demat.

In case of the investor’s death, the nominee receives the holdings on producing an attested death certificate. If a nominee is not registered, then the deceased’s heir needs to submit any of the following documents to make his claim.

A nominee is a trustee and not the owner. If there is a will, the holdings will be dealt with according to its terms. Otherwise, the shares will be distributed among legal heirs following Hindu Succession Act.

Also Read – How to add Nominee in Demat Account

Rakesh Jhunjhunwala’s journey will always remain an inspiration for all investors. It won’t be wrong to say that no one understood the Indian stock market better than him.