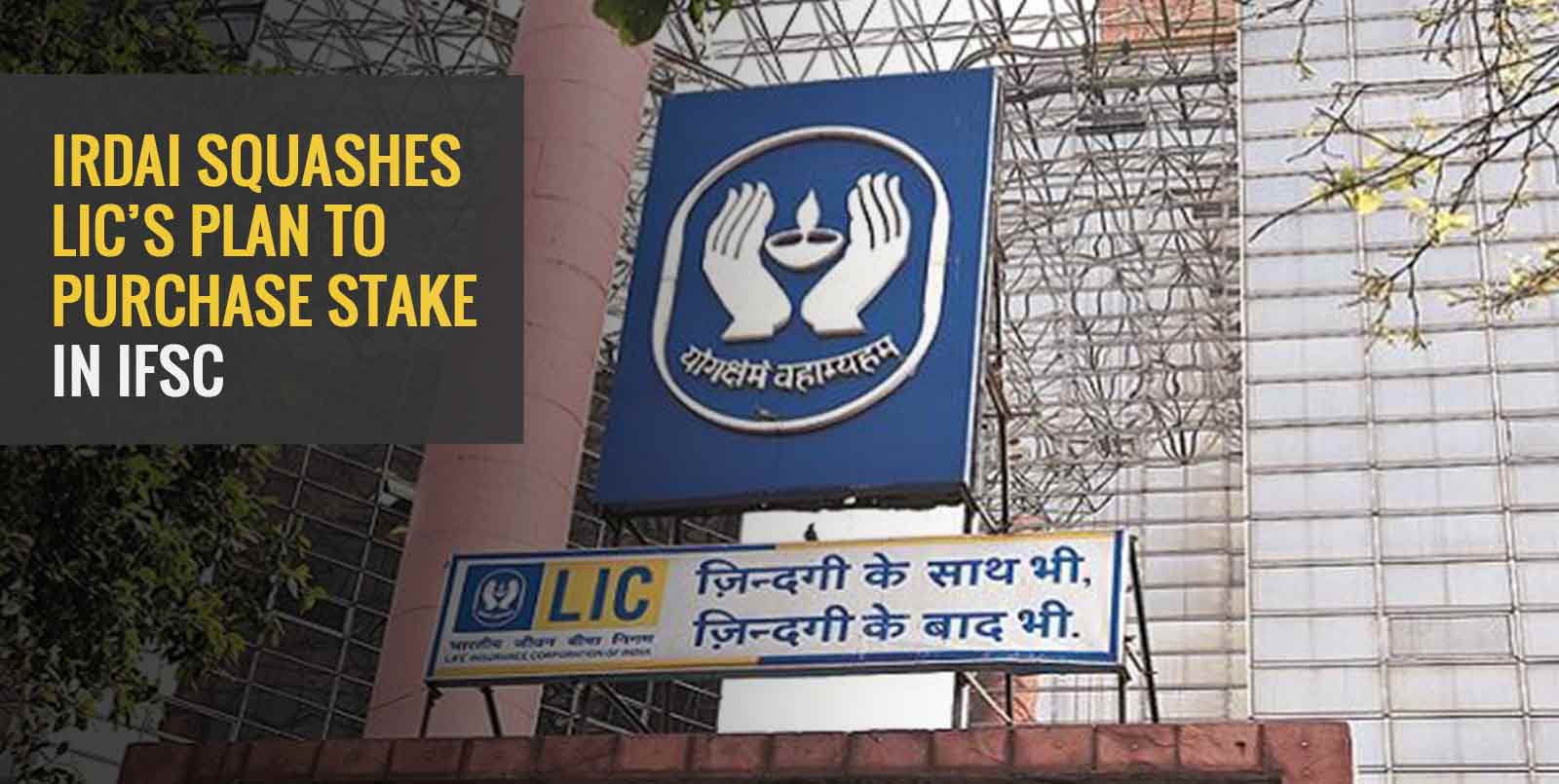 Technically, India INX is located in IFSC (International Financial Services Centre) in Gift City, Gujarat, which is considered a foreign territory though it is on Indian soil.

The IRDAI has made this move because LIC’s proposal to acquire a 15% stake in India INX contradicts a law in the Insurance Act that forbids insurers from investing in overseas companies. On that note, let’s take a look at more details of the story.

Key Highlights of the Story

Moreover, it is the Indian Government that proposes that stock exchanges in the IFSC should have an Indian identity. Therefore, as a part of this intention, they suggested that LIC ought to acquire a 15% stake in India INX or NSE IFSC (the stock exchange run by National Stock Exchange in GIFT City, Gujarat). However, the regulator IRDAI has objected.

India INX’s major shareholder is ICICI Bank. The Bank holds around a 10% stake in the stock exchange. Moreover, the State Bank of India (SBI) said it would buy a 9.5% stake in India International Clearing Corporation Ltd. At IFSC.

According to IRDAI’s interpretation (the Insurance Regulatory and Development Authority of India), IFSC or GIFT are foreign territories, and companies located there are to be considered foreign companies.

Moreover, according to Section 27E of The Insurance Act 2015, an insurer cannot indirectly or directly invest policyholder funds outside of India. Furthermore, LIC makes no distinction between policyholders’ funds from shareholders’ funds.

To combat this accusation, the two stock exchanges have stated that since they have been incorporated under the Indian Companies Act 2013, they are Indian and not foreign companies. However, the insurance regulator refuses to accept this claim.

In the end, the Indian Government has decided to amend the Insurance Act to allow insurance companies to work at IFSC. The news is likely to be announced in the Budget 2022 session.

Ans. The company has not yet finalized the opening date for its public issue.