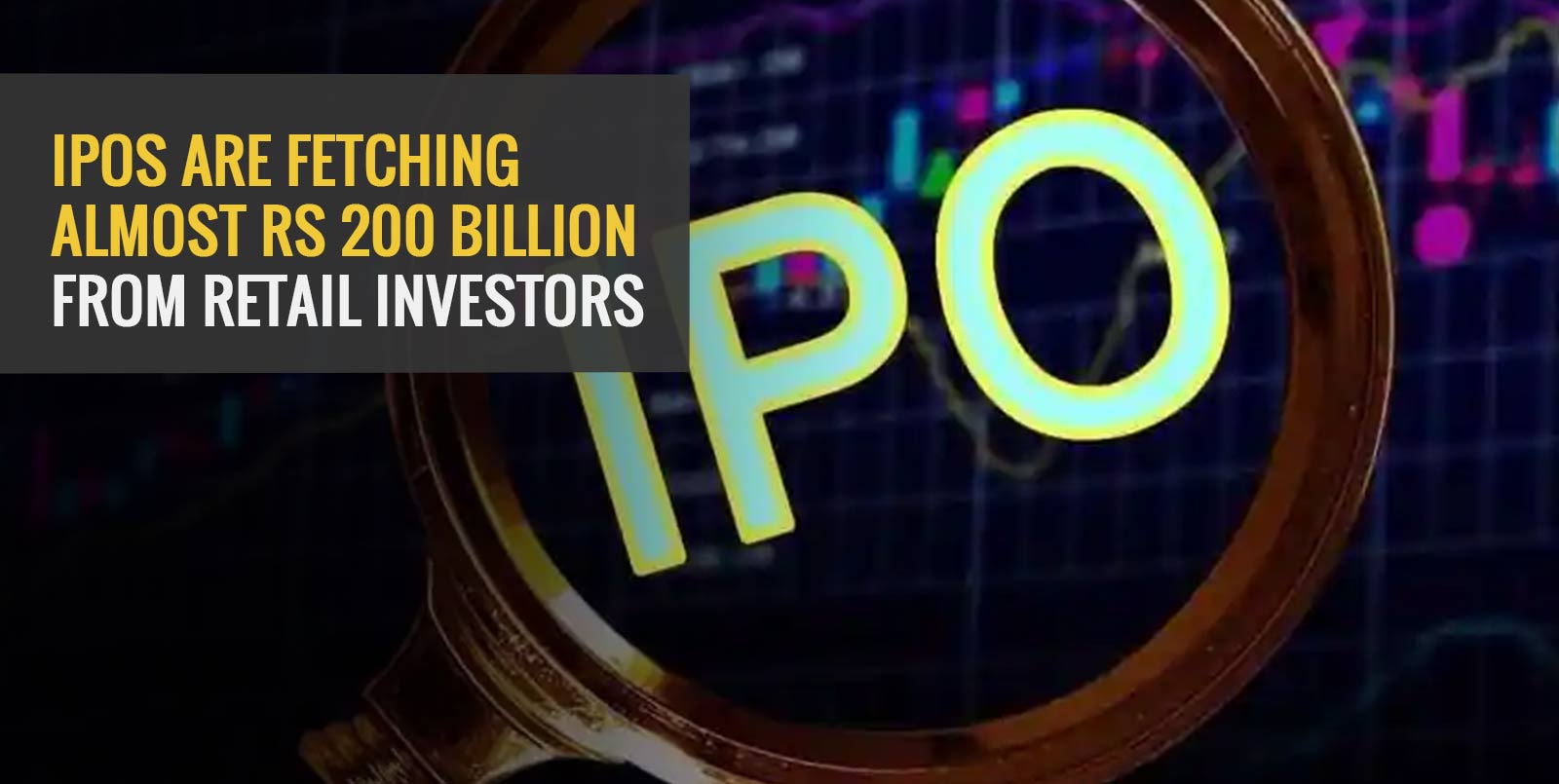 The retailers are all set to inject about Rs 200 billion in the sizzling hot domestic equity market by the end of this year, as valuations improve and competition from other classes of assets becomes tougher.

With less than two months left for the year to end, so far, the companies that made their debut to the stock markets have fetched over Rs 185 crore from the retailers via the IPO route as per the data issued by exchanges.

With an allocation of over Rs 18.3 billion for the retailers, the offering by Paytm is all set to become the nation’s largest IPO so far. This signifies how crucial the role of retailers in stock markets has become in the wake of the pandemic.

Considering how the offerings and their listing-day gains have panned out in 2021, most of the retail investors jump into subscribing with a hope to gain some percentage on the day of the stock lists on exchanges.

This year, the number of companies listed on the NSE and BSE increased by over 100%. They witnessed an oversubscription of the retail allocation.

Retailers shall keep participating in the initial public offerings hugely since the majority of the onboarding has been successful. The easy access to applying for the offerings has also played a vital role in this increment.

The recent trend in the subscription has also revealed that people are eager to subscribe to the offering on the first day itself. Earlier retail applications used to come in on the last day of the IPO. Let alone the end of Day 1, there is a spike in retail subscription in the initial hours of opening itself.

Since the beginning of FY 2021-22, a record 153.7 lakh fresh Demat accounts opened. This is a significantly higher number than the 142 lakh that opened in the preceding financial year.

Retailers hold 7.13 pc stocks of the companies listed on the National Stock Exchange. It increased by 0.12 pc in comparison to the last year. In terms of an absolute figure, it touched an all-time high amount of over Rs 18 lakh crore.

The pouring into the stock markets by retailers is strong due to the less alluring returns from conventional investments. This is likely to go on as the markets remain stronger.

Looking at the interest rates, a range seems to have formed and the rates could oscillate between that for some more time. If that is the case, more money will keep finding its way into the equity markets.

Another push may come from the type of companies coming up with the offerings. Most of the famous modern brands like Mobikwik and Oyo are lined up to make their debut.

Though the rally has been exceptional and retailers seem to have pushed markets higher despite FIIs net selling, there are important aspects to watch out for. It is not very sure if the retailers are investing based on a structured study or are making speculative moves allured by the gains they have been seeing in the bull run. It is important to understand the risks and the possibility of a severe correction in prices cannot be ruled out.

What is the basis of allotment in an IPO?

It is a document that provides information about the allocation of shares in the public offering. It is usually published by the Registrar. The ratio of the allotment is an important aspect here as one can know how many stocks the applicants will get allotted.

How many lots one must apply in an IPO to get allotted?

Theoretically, the allotment is done on a pro-rata basis. If one applies for multiple lots of an IPO, there is no such increased chance of getting allotted. It is allocated on a lottery basis. If an IPO is oversubscribed, there are fewer chances and if it is undersubscribed, there more likely it will get allotted.