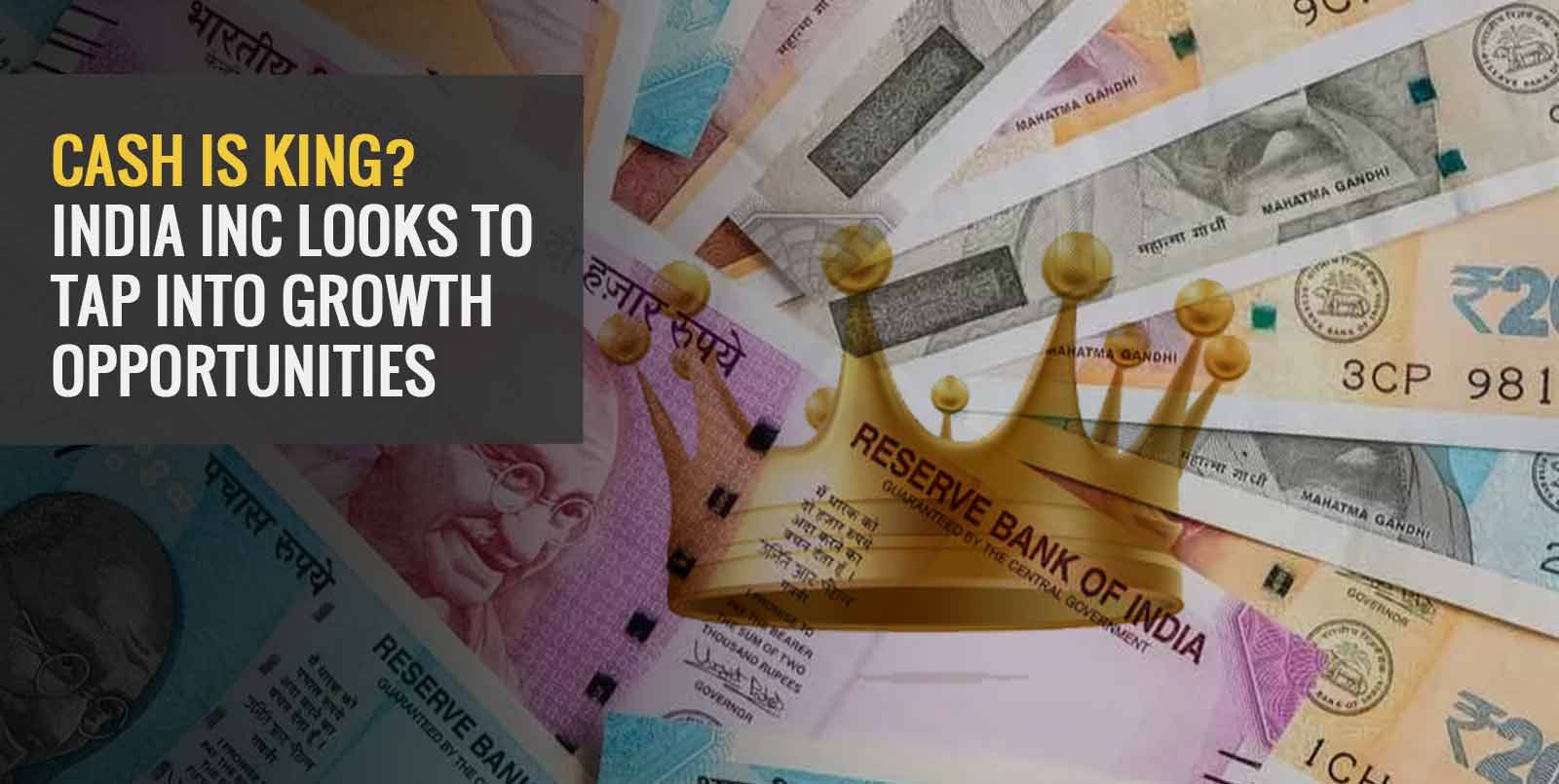 Even as the quarterly earnings season (Q1 FY22) for India’s corporates is underway the spotlight is on the cash holdings of these firms. News reports suggest that the total cash and bank balance of over 300 firms in the BSE-500 universe, barring banks and financials, grew at the fastest pace in a decade in FY 2021. Most sectors have seen a steep increase in cash reserves.

Yet another recent study by an investor advisory service on India’s corporates, especially the non-financial companies, has shown that India’s corporate firms had held more than Rs 880 billion in cash and cash equivalents at the end of fiscal year 19-20, a 4.4-fold increase from the cash holdings of these firms in 2016.

What accounts for this increase in cash holdings, in spite of a rise in payouts to shareholders? Firms hold on to cash for multiple reasons, primarily in anticipation of any liquidity requirements in the future. Companies also hold on to cash to guard themselves against any potential takeovers and ensure that their market share is maintained. Sometimes, a higher cash hoard may be indicative of fewer opportunities for growth or investment.

The advisory service’s study shows that the IT sector and pharma tend to have higher cash holdings as they may be required to invest in companies with niche skills or new technologies. According to the advisory service’s analysis of cash holding patterns of BSE listed companies, the IT sector holds the highest cash, in spite of dividend payouts or buybacks. The FMCG sector, pharma and healthcare sectors come next in the list.

Looking at the India Inc story in the wake of the pandemic, the balance sheets of the big firms have turned more healthy with lower debt and larger cash balances. According to an SBI analysis of the FY21 results covering over 1000 companies across sectors like fertilisers, consumer durables and retail, the debt has dropped by up to 67 per cent. The range of decline has been anywhere between 13 and 67 per cent, with refineries, fertilisers, mining, steel, textile sectors firms alone having lowered debt by over Rs 1.50 lakh crore for fiscal year 2021. The lower capital expenditure as a consequence of the pandemic and the associated lockdowns is one of the reasons for the liquidity and cash holdings.

Also, reports show that companies cut back on Capex and cut down their spending in order to pad up their cash buffer in FY 21. Capex took a backseat in sectors such as FMCG, textiles and telecom, while sectors like oil and gas, chemicals and power saw higher Capex outlay.

The increase in cash reserves has reportedly led to an increase in dividend payouts and share buybacks. According to reports, in FY 20, dividend payouts by leading companies (non-financial) touched Rs 1.7 trillion, an increase of 12.8 per cent, in spite of the over 45.6 per cent drop year-on-year in the combined net profit, as a consequence of the pandemic. Companies paid out 78 per cent of their net profits for FY20 in the form of dividends, news reports suggest.

Data also shows that equity dividends paid out by the leading 155 firms of the NSE 200 companies shot up 38 per cent in FY21 to touch Rs 61,000 crore. The decline in interest rates has boosted the bottom lines of companies, according to data.

Meanwhile, the equity markets have been resilient and buoyant as corporate earnings in the last quarter of FY21 stayed healthy. With the first corporate earnings season of FY22 underway, and the second wave all but over, the markets may sustain their positive sentiment. A further increase in vaccination doses may signal a return to economic recovery and further boost to India Inc.

The rise in cash holdings under the circumstances of the pandemic and its impact may not be worrisome for investors as the corporates may be looking at conserving cash for any potential opportunities for growth in the immediate or near future. The economic recovery post the receding second wave and the pace of vaccinations will shape how companies may react and what it means for investors in such companies.