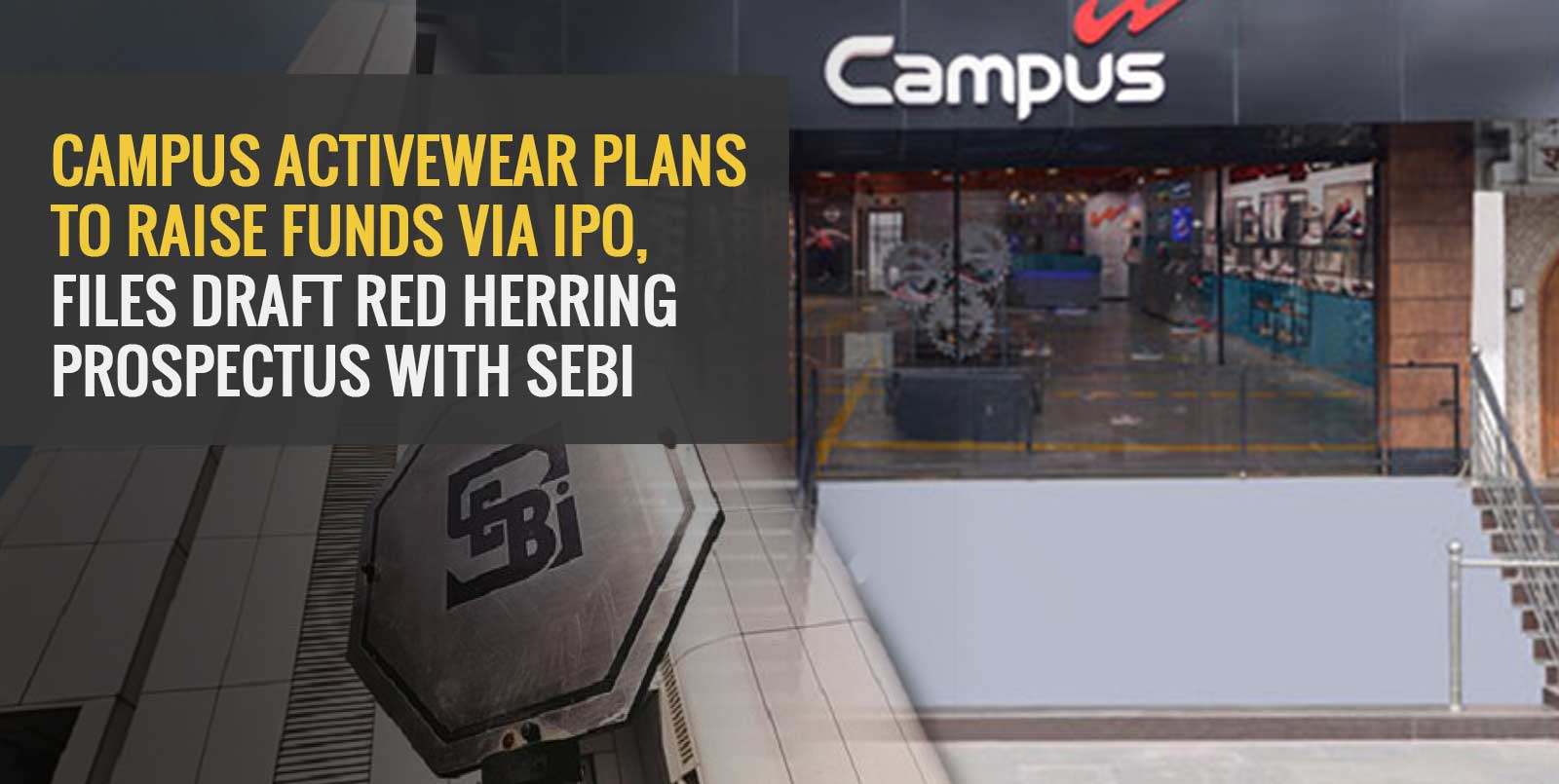 The Campus Activewear IPO news buzz broke out on Friday when the company submitted a draft version of a red herring prospectus with the regulator, Securities Exchange Board of India (SEBI) to get their shares listed on the stock exchanges. The company is planning on doing so by offering shares tallying up to 5.1 crores currently held by its promoters and other investors to the general public.

Currently, the following are the promoters and the investors of the company with their holdings being offered for sale via the initial public issue.

In totality, all the investors and promoters will be selling 5.1 crore stocks of Campus Activewear in the primary market issue. All the money raised from this initial public offer will go into the hands of existing stakeholders and the company will not be receiving any funds from this.

The purpose behind Campus Activewear public issue is to provide liquidity options to the existing investors and promoters of the company. They will get an exit point to book the profits of their partial investment.

Let us learn more about the company.

The brand is popular amongst sports and athlete apparel customer base by the name CAMPUS. Since its launch in 2005, the company has been focused on providing quality sports footwear. In 2021, the company accomplished the milestone of becoming the highest athletic and sports footwear selling brand in the country.

The company bagged the highest sales volume in the year 2021 in India. The achievement is applaudable as Campus Activewear had a 15% market stake in the sport and athletic footwear industry in 2020 which grew to 17% in 2021. They managed to capture an additional two percent market share in one year, according to the draft red herring prospectus.

About the Footwear Industry in India

The footwear retail market in India is growing as the youth is turning towards fashion off late. The industry has a CAGR of more than 21.5% for the period of five years from FY2021 to FY2025.

India is the second-largest footwear producer globally, accounting for 13 percent of the total production. China, which dominates the global market, accounts for around 67 percent of the market. Despite the low per capita consumption, the average size of footwear consumption in India remains at 1.66 pairs per year.

CAGR stands for compounded annual growth rate. It is the rate at which an investment would have to grow to reach its ending balance. Although, the assumption in this calculation is that all the profits earned from the investment are reinvested back into the business. Investors can evaluate the relative performance of two stocks against a peer group or a market index.

Who are the running lead managers of Campus Activewear IPO?

The running lead managers of the Campus Activewear IPO are going to be JM Financials, Bank of America Securities, Kotak Mahindra Capital, and CLSA.

What are the major footwear brands in India that Campus Activewear can face competition with?