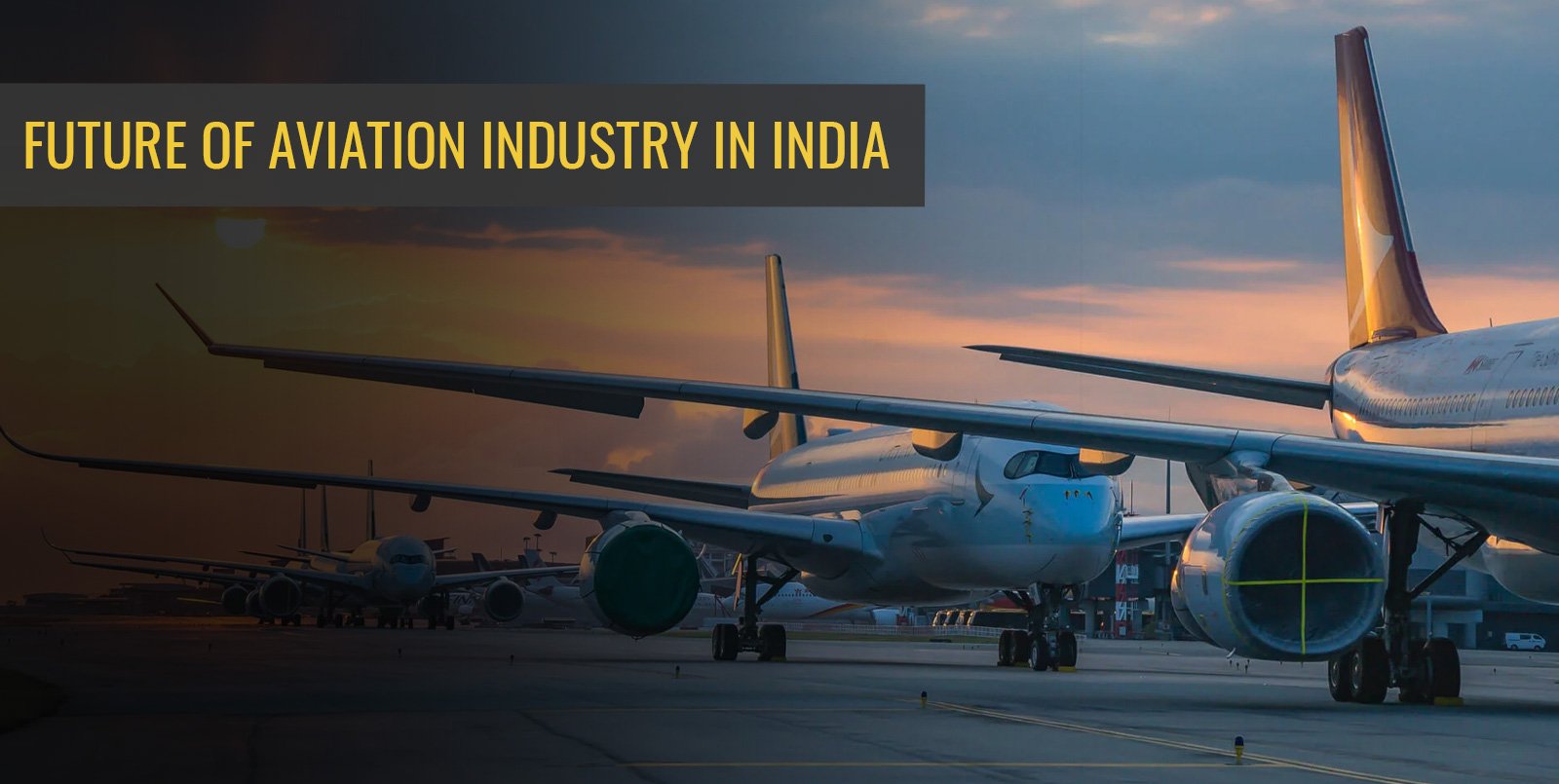 The Indian aviation industry is currently in flux with the arrival of Rakesh Jhunjhunwala’s Akasa Air to an already highly competitive market. The industry is expected to become more chaotic now that the government has removed the cap and floor on airfares for airlines. This is likely to ignite a price war among the air titans, thereby bringing down the fares for the fliers, especially during the festive season.

As the world continues to open up and governments try to streamline fuel prices, what future awaits our aviation industry? We explain this below. But first, we enumerate the airlines which constitute the Indian aviation industry.

The following are the best airline companies in India. We’ll talk about them, along with their market share for July ’22.

Trends in the Aviation Industry

For the period of January-July 2022, passengers carried by domestic airlines were more than 6.7 crores as against 4 crores during the corresponding period of the previous year, thus registering a growth of 70% YOY and 94% MOM. This growth is mostly supported by leisure travelling, with business travel yet to catch up to pre-pandemic levels. The government expects this number to grow to 40 crore air travellers by 2027.

In contrast, Boeing, a US based-aircraft manufacturer, conjectures that Indian airlines will boost their capacity by at least 25% over the next year, thereby becoming the fastest growing aviation market with 7% annual growth by 2040. ICRA expects the domestic traffic to touch pre-covid levels by FY24.

Even freight traffic has seen a 2.52% CAGR between FY16 and FY22. It is believed that by FY40, airports in India will be able to manage 17MMT of freight—it is 3 MMT currently.

Despite the pandemic, domestic airlines have continued to add new aircraft to their fleets. The civil aviation ministry conjectures that the overall fleet size will almost double to 1,200 in 5 years from the current size of over 700 planes.

ATF accounts for almost 45% of the operational cost of an Indian airline. ATF prices rose over 50% in January. As per Boeing, fuel costs for Indian airlines are 90% higher compared to their global peers. Additionally, ATF fuel is subjected to VAT which can range from anywhere between 15-30%, depending on the states’ taxation rules. The civil aviation ministry plans to bring down this tax to 1-4%.

Additionally, the ATF pricing is not transparent enough. Currently, it is fixed based on the International Import Parity Prices, which does not capture the true cost of producing ATF. State-owned OMCs plan on shifting to a pricing mechanism benchmarked to MOPAG (Mean of Platts Arab Gulf) to bring in more reliability in ATF pricing.

Almost 35-50% of Indian airlines’ operating expenses are dominated by US dollars. This means depreciation in the rupee adversely impacts an airline’s bottom-line growth. Indian airlines, furthermore, face issues in passing on these costs to the passengers as they are highly price-sensitive, therefore earning low yields on air tickets.

Another large component of an airline’s expense is the salaries that are paid to pilots. With Akasa Air taking to the sky, Qatar Airways ratcheting up their hiring, and Tata planning on reviving Air India, the aviation companies will need to raise salaries to prevent attrition.

Due to a temporary halt in all airline operations at the peak of the pandemic and the subsequent rise in ATF pricing, the finances of Indian airline companies have been in disarray. Losses to the tune of Rs. 23,000 crores were recorded last fiscal. ICRA projects these losses to be in the range of Rs 15,000-17,000 crore this fiscal, despite the opening up of the economy.

Besides, the aviation industry is reeling from mounting debt levels. These are expected to reach around Rs 1 lakh crore in FY 2023. The matters have been made worse as airlines continue to be saddled with immense losses, which makes getting loans a pricier exercise.

There are over 15 airlines operational in India, with a heady mix of low-cost, charter, and cargo airlines. This landscape is expected to get even more intense with the entry of Akasa Air and the revival of Jet Airways. Indeed, the airfares have been slashed for the routes where these airlines have launched their flights. Things can change further if Tata goes ahead with the integration of Vistara with Air India.

The aviation industry will continue to experience robust growth due to the rise in demand from India’s increasingly upward-mobile middle class. The government plans on turning India into an international aviation hub. For this, it plans to invest US$ 1.83 billion in developing airport infrastructure and navigation services by 2026.

Below, we mention some of the best aviation stocks you can consider investing in.

Want to invest in Indigo? Check out the share price of Indigo on Angel One.

Headquartered in Haryana, Spicejet is another budget airline in India. It is the second largest domestic airline after Indigo but was recently pushed to 4th position in July by Vistara.

Check out the share price of SpiceJet on Angel One before investing.

Based in Delhi, Jet Airways is a full-service airline in India. The company lost its market share with the arrival of Indigo and Spicejet, which offered flights at low fares. The company filed for bankruptcy in 2019 but has now announced plans to restart its operations in 2022.

Do check out the share price of Jet Airways on Angel One before investing.

Things to Remember Before Investing

While the outlook on the aviation sector has turned positive, with the lifting of restrictions on airfare pricing, there is no denying that the Indian airlines continue to bleed money. These airline stocks are subjected to the usual market volatility and face headwinds from volatility in ATF prices and the rupee’s value.

Thus, before choosing to invest in airline shares, you must research these airlines’ market share, yields, and passenger load factors. Understand their business models and if they are likely to turn around their companies and make them profitable.

Since all investments in equity markets entail risks, you will be well served to diversify your portfolio by taking limited exposure to aviation stocks in alignment with your risk appetite.

Most Indian airlines are currently loss-making and are looking to finance their operations through debt—SpiceJet has raised loans under the government’s ELCGS scheme. But, with the economies opening up and people itching to travel again, the prospects of the aviation industry look favourable. Their ambitions will further be given wings thanks to the government’s push for more investment in the aviation industry.