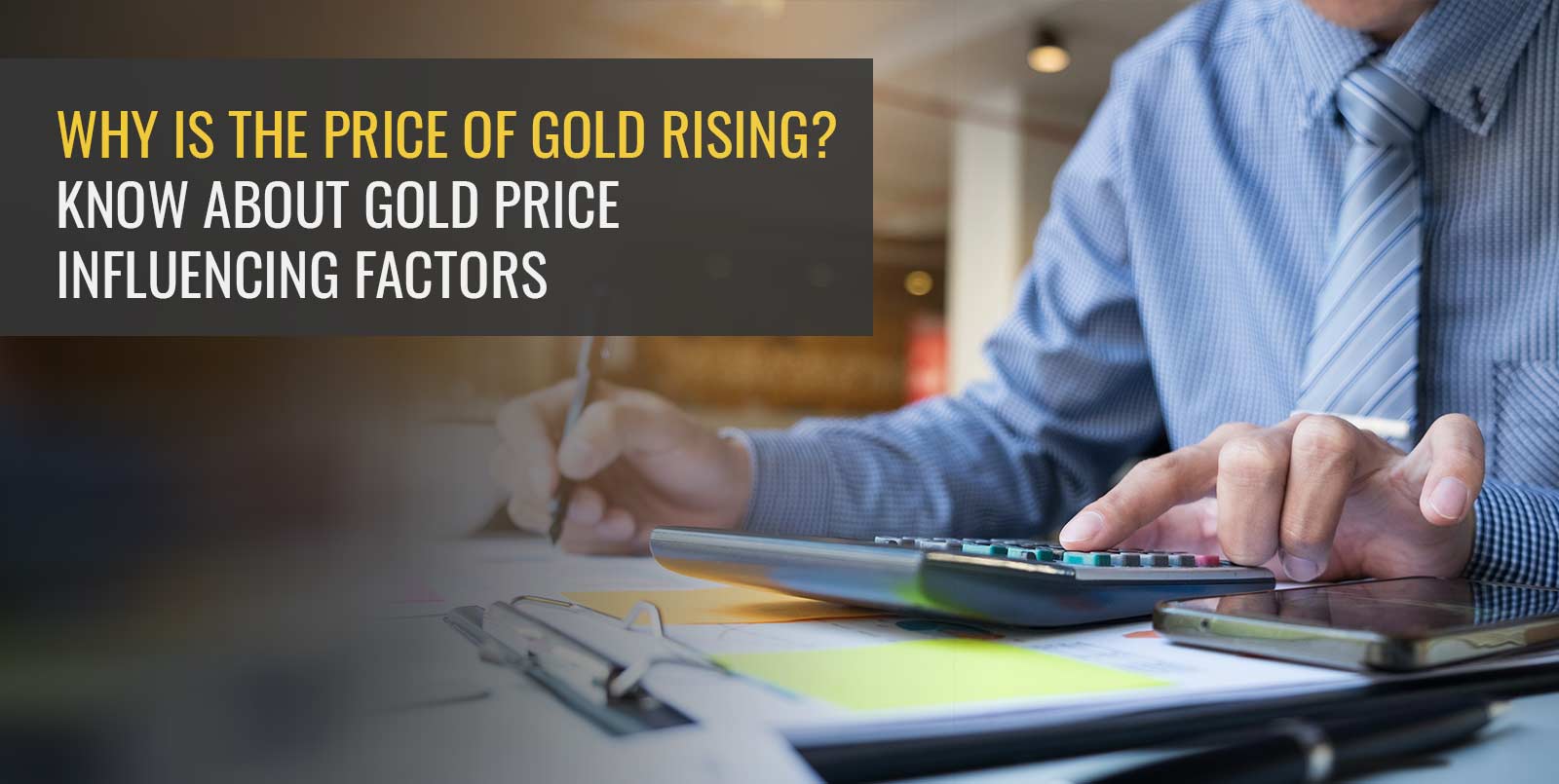 Gold has always been significant in India, as it has been used as a symbol of opulence at weddings and festivals. Thanks to the metal’s scarcity, gold has developed into an ideal shield for uncertain markets over time.

Gold prices have been steadily rising in recent months and in light of Akshaya Tritiya, it is again in the spotlight. After a drop in March due to the Lockdown, they have recovered and experts suggest that it will surpass 50,000 in July 2021. Despite the fact that businesses are closing and the economy is slowing, most investors are perplexed as to why the gold price is rising. What factors have an effect on gold prices? Let’s take a look.

Although much has been said about the factors that influence financial markets, many investors are unaware of what drives gold prices up or down. Here are some of the most important reasons for price changes:

The demand and supply of gold, as with any traded commodity, play a significant role in deciding its price. Gold, unlike oil, is not a consumable commodity. The planet still has all of the gold that has ever been mined. In addition, the amount of gold extracted per year is not particularly large. As a result, if demand for gold rises, the price rises as well, because supply is limited.

The value of a currency depreciates as inflation rates increase. In addition, most other investment options do not produce inflation-beating returns. As a result, the majority of people begin to invest in gold. Even if high rates of inflation persist for a long time, gold serves as a great hedge because it is unaffected by currency fluctuations.

Interest rates and gold prices have an inverse relationship. People don’t get good returns on their savings as interest rates decline. As a result, they are more likely to split their deposits and buy gold instead, increasing demand and hence the price.

India’s government maintains gold reserves. It can buy and sell gold through the Reserve Bank of India based on its policies. If it buys or sells more gold, the price of gold may be affected.

India’s contribution to global gold output is less than 1%. It is, however, the precious metal’s second-largest consumer. To meet the high demand, it imports a lot of gold. As a result, import duties are critical.

What is behind the rise in gold prices?

The sharp rise in gold prices has many investors worried. Why is gold on the rise? Is this common? Can they invest in gold now, when the price is so high? Is this a bubble that will soon burst?

Most countries have adopted national lookdowns to prevent pandemic spread since March 2020. Although this helped to control the spread of the disease, it also caused a lot of economic damage because markets were closed and imports and exports were cancelled. While the government launched a slew of economic incentives to help people get through these difficult times, interest rates fell, and many investors began to steer clear of risky assets. Gold’s popularity as a safe haven grew as a result.

When the lookdowns were lifted and businesses resumed operations, investors hoped that the economy would soon recover. As a result, a large number of investors began purchasing undervalued, high-quality stocks. However, as expectations for a near-term recovery faded, investors began searching for a safe haven for their money. Gold demand has risen as a result of its reputation as a natural shield against inflation and economic instability.

Is Now a Good Time to Invest in Gold?

Though recent gold price data indicate strong demand for the yellow metal, many people expect gold prices to reach Rs. 65,000 per 10 grammes in the next two years. They conclude that factors such as low interest rates, abundant liquidity, and the economic effect of the lockdown would have a long-term impact on markets, dictating gold price patterns.

Is now a good time to invest in gold? The response is contingent on how you see the market. If you believe that interest rates will remain low for a long time and that companies will take months to recover, gold as an investment might be a good option. If, on the other hand, you think the economy can rebound more quickly, you might want to consider other investment options. It also depends on whether gold as an asset class is a good match for your investment strategy.

With gold prices catching the attention of most investors, it’s important to think about all of your options before jumping on board. Consider the above points to make sure your investments are in line with your investment strategy and risk tolerance. Although gold is a good investment during these times, it comes with its own set of risks. Before you invest, make sure you have a full understanding of the situation.