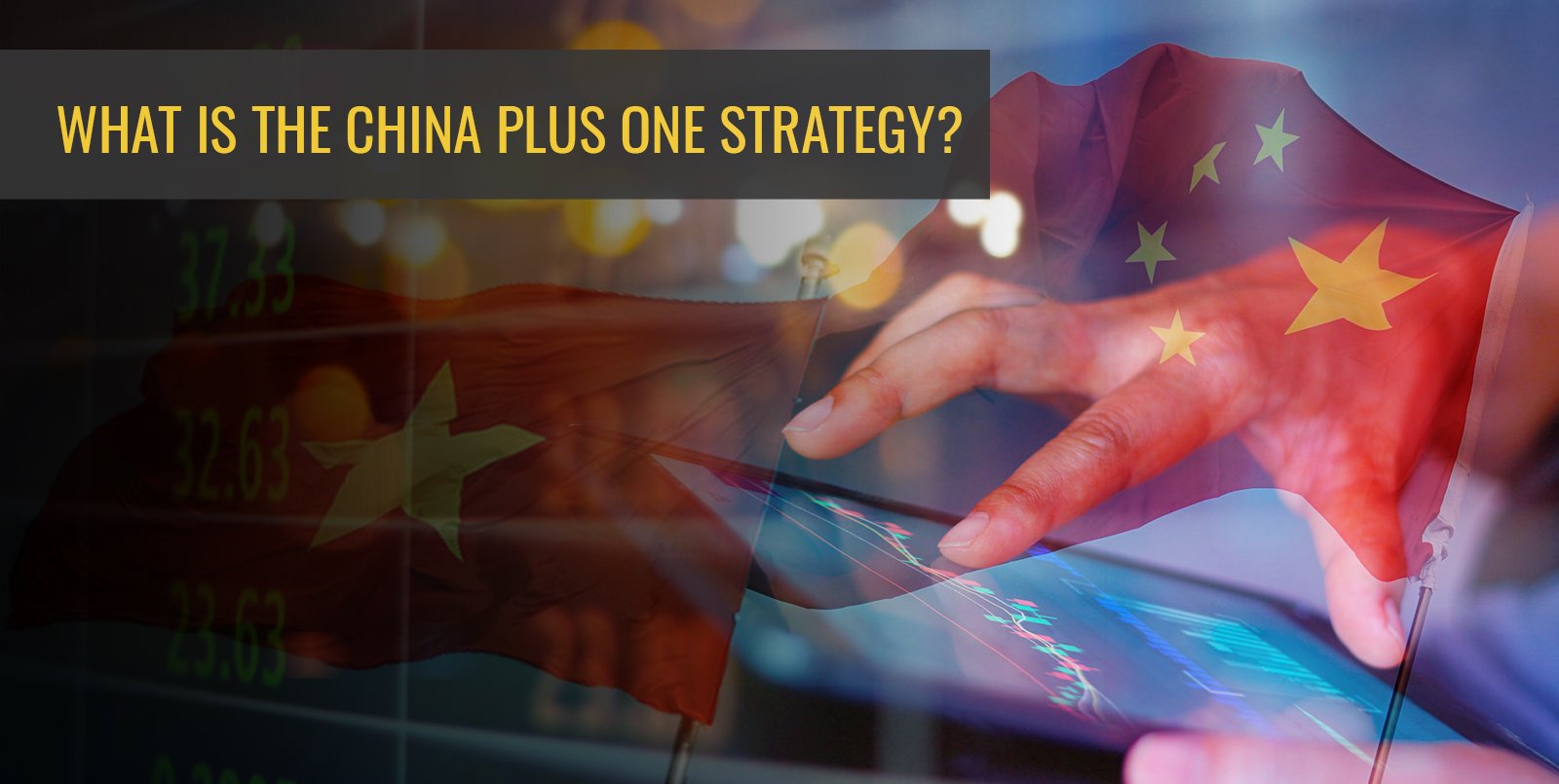 When we were young, our elders often told us the story of the man who put all his eggs in one basket. If you’re unfamiliar with the story, it goes something like this:

Moral of the story: it is wiser to have several paths to success instead of relying on a singular plan of action. The China Plus One strategy simply applies that learning to international trade.

Over the past few decades, China has been the number one investment destination for companies worldwide. The reasons for this are low wages, a huge labour workforce, and ease of doing business. These factors led many industries to set up manufacturing plants in China or outsource production to Chinese players.

Recently, there has been a growing movement to diversify investment into other investment destinations in Asia. Companies worldwide are now looking to place their metaphorical eggs in a wide range of baskets like Indonesia, Thailand, Malaysia, Philippines, Bangladesh, Vietnam, and India.

Why China Plus One?

The disinvestment from China is driven by factors more specific than portfolio diversification. These are:

Owing to China’s rising stature as a developed economy, wages in the country have also seen a steep increase over the 2010s. Minimum wages in Chinese regions increased by over 30% from 2010 to 2016.

In regions such as Jiangxi, the nominal wage doubled, while in Beijing, it increased by 63%. Markets with lower minimum wages, like Vietnam, Indonesia, and India, present a rosy opportunity for companies looking to manage their expenditures during the global recession.

China has already unified its corporate tax system. This has led to a rise in tax rates for companies operating in the country.

China has seen rising tensions in the global socio-political sphere over many issues. Some of them are Hong Kong’s independence movement, anti-Japanese protests, and skirmishes in the South China Sea.

During his term as the US President, Donald Trump took many anti-China initiatives to reduce the trade power wielded by Chinese giants such as Huawei. This has fuelled companies willing to disinvest themselves from the country and diversify into growing markets.

Indian sectors that will benefit from China Plus One

The driving force of the China Plus One strategy is to find attractive locations for investment. Thus, we can assume that foreign companies will first look at India’s strengths and try to find sectors already primed for massive growth.

India is the outsourcing hub of the global Information Technology and IT-enabled services sector. Indian companies such as TCS, Infosys, and Wipro have grown to become global leaders in their respective fields. The manufacturing side of this equation has remained stagnant, with China traditionally taking the lead.

Disinvestment from China has led giants such as Apple, OnePlus, Hyundai and BMW to set up manufacturing units in India. The Make In India scheme also promotes the country as an attractive investment destination.

As the third largest producer by volume of pharmaceuticals in the world, India’s pharma industry is currently valued at ₹3.5 lakh crore. The country’s status as the “world’s pharmacy” was recently brought into the spotlight as India fulfilled almost 70% of WHO’s vaccine requirements in FY 2021–22.

India has the highest number of FDA-compliant pharmaceutical plants outside America and has a 33% lower manufacturing cost. The Indian pharma industry is expected to grow to ₹10 lakh crore by 2030.

China’s growing economy is setting the stage for increased domestic steel demand. It has been showcased by several policy initiatives taken by the country in recent months. In May 2021, all export rebates were withdrawn. Further, processed steel products, such as hot-rolled coil, may soon start attracting an export duty of 10%–25%.

In this scenario, the world will likely look towards India to fulfil its metal needs. The natural resources of India are capable of meeting the demands of domestic as well as global metal industries.

Meanwhile, India has also launched a Production Linked Incentive scheme for the speciality steel industry. It is projected to bring in over INR 40,000 crores of investment over the next five years.

Our team of expert economists at Angel One has noted the signs of this disinvestment from China going back to 2013. India’s economic growth over the recent decade, driven by strong economic policy and robust foreign investment, is a sure sign of its brighter future.

Explore our knowledge archives to learn more about the macroeconomic phenomena shaping the global economy.

What is the China Plus 1 strategy?

China Plus One or C+1 is the term ascribed to businesses avoiding investing solely in China and diversifying their business into other countries.

Who introduced the China Plus One strategy?

The earliest use of the term “China Plus One” can be traced to 2013, but there is no individual to whom the concept has been credited.

What is the Europe Plus One strategy?

Similar to the China strategy, Europe Plus One describes European industrialists who are exploring options to relocate their production outside of Europe.