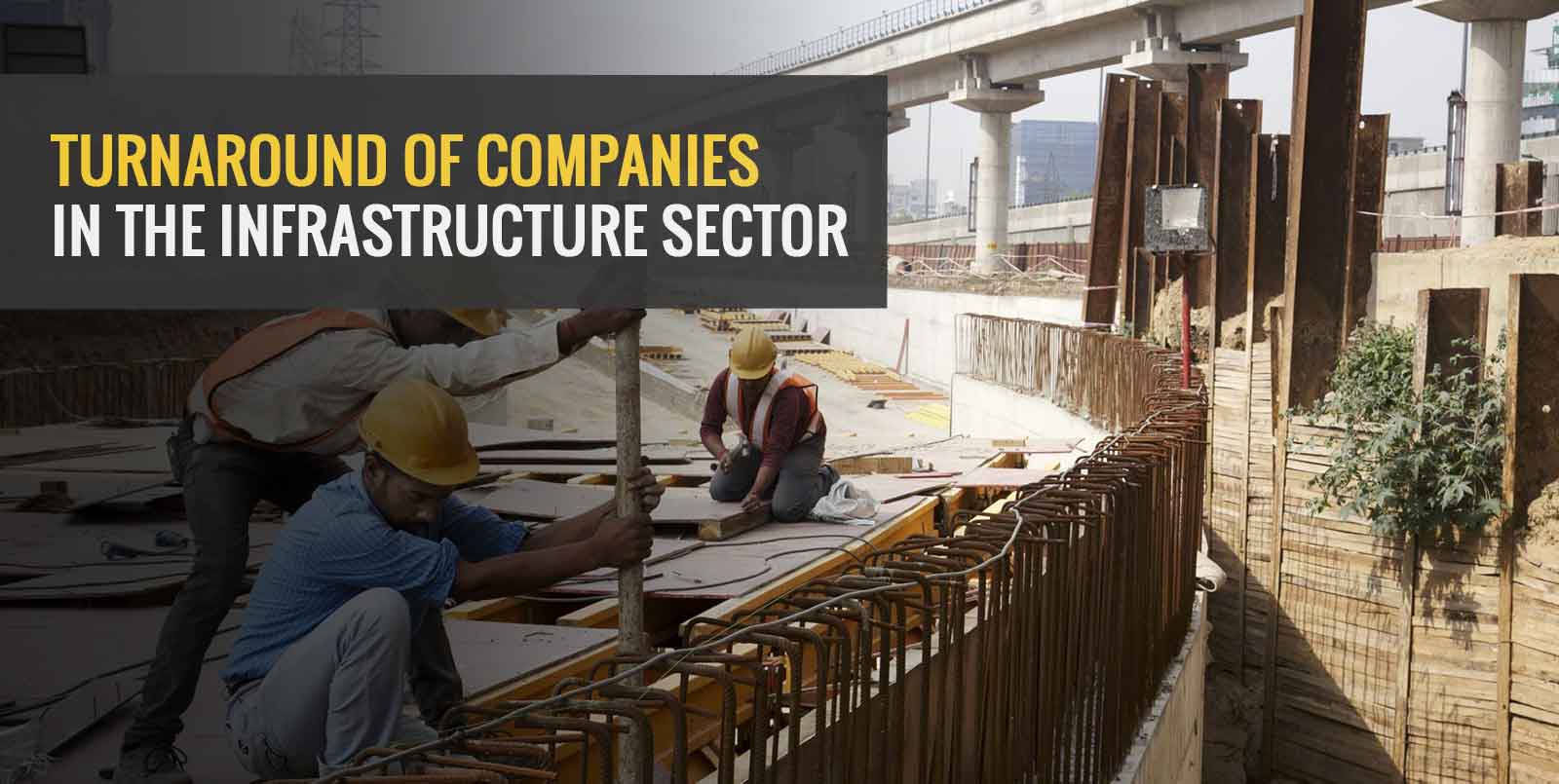 Infrastructure is one of the important sectors for Indian GDP growth. Especially with a gearing effect of 10x on the creation of opportunities in the sector. However the infrastructure sector has been under performing over a decade, everyone would like to know what the factors behind under performance are?

It is stated that, “If you want to understand today, you have to search yesterday”. While this is applicable in life it is very much applicable in the corporate world as well. No wonder, while making investment decisions historical data is analysed thoroughly. However whenever we speak about the historical analysis, the process is mostly affected by ‘Recency Bias’. Recency bias describes tendency to extrapolate recent experience into the future. No wonder Investors do the same. And when it comes to investing, this can have disastrous consequences. Hence it is important to analyse and come to the right conclusion – a longer historical period analysis is important.

Ok then let’s put it in black n white. In Indian infrastructure sector Larsen & Toubro is an undoubted leader – and in the last one decade the stock price of L&T has given a CAGR of just 6.4 percent. Yes it is less than few risk free returns that could have been generated if someone had invested in 2011.

To understand that wealth destruction we must first understand what the growth story in infrastructure was and how eventually due to certain factors it turned out to be a poor performing sector?

Infrastructure analysts agree with us that, every time their account gets credited with monthly pay cheques – they would be thanking the former Prime Minister of India Late. Atal Bihari Vajpayee. Not that the Government pays them- but it was his vision that made infrastructure a complete sector to be tracked by analysts.

Planning for the Golden Quadrilateral project was completed in 1999. The project included the construction of new express highways and extension of existing roads from four to six lanes. The project was officially started in 2001. No such large infrastructure project was undertaken by any earlier Government in India. It was expected to change the mostly unorganised (infrastructure) sector in India to become a leading growth driver of Indian economy. It was a foundation stone for India’s infrastructure story.

A rule of thumb is- A Rupee invested in infrastructure generates opportunities worth 10 times. And it was proved right by the GQ project. The project which was estimated to cost Rs 60,000 crore was completed at almost half the cost of Rs 30,800 Crore.

With the GQ passing through 12 states and a Union Territory, it was obvious that the project would face many challenges and delay in completion. Started in 2001 the GQ project was finally completed in 2012 (Under UPA Government). Many had criticised the NDA Government stating that such a project would be a burden on taxpayers and hence was expected to become a major failure as well. Naturally it had its own share of challenges and difficulties. With India facing twin deficit issues, slower growth and even global economies not supportive- it was a real daunting task to raise funds for a mega project like GQ. As stated earlier many economists have declared the project as a waste of taxpayers’ money. However, a new and innovative route was created to fund such a mega project. The NDA government created a dedicated financing model for road infrastructure, imposing a cess on diesel and petrol in 1998-99. This ensured an assured funding for building roads and highways across the country. This flow of funds eventually led to a massive growth in the flow of goods and people on the road network, leading to the progress of the overall highways ecosystem in the country.

This mechanism also helped National Highways Authority of India (NHAI) to leverage the cess accruals to borrow money from multilateral agencies and the market. Initially, the cess was Rs 1 per litre, which has been increased several times over the years. This cess method, not only made funds available for construction of roads across the country, but also strengthened the fund-raising mechanism of highway constructing agencies.

This was further strengthened through an Act of Parliament, when the Government created a non-lapsable dedicated fund for National Highways Development Project, under the Central Road Fund Act 2000. Even today it is considered as one of the innovative ways to fund infrastructure projects. While questions are being raised if these funds are fully utilised or not or diverted towards few other initiatives, we opine – Road and Infrastructure development has been the only ministry that attracted a lot of praise even from the opposition parties.

While we spoke about the project that led the India GDP growth story, was also followed by another successful project of Public Private Partnership. As the global Economic Scenario improved (after remaining sluggish) even India started its growth journey. And from 2004 till 2008 a lot of foreign money started flowing in Indian markets. Amid this the 10th Five Year Plan (2002-2007) was charted – where the spending on Infrastructure was estimated at USD 220 billion. It was time when the Public- Private – Partnership (PPP) model was introduced. In the 10th plan the Private participation in infrastructure spending was estimated at 20 percent. It all went well with private participation witnessing more traction and achieving higher participation than the target of 20 percent. The PPP model was another stepping stone towards the development of the India Infrastructure story. As the 10th Five year plan was successful the Government went overboard and kept ambitious targets for the next tenure. And this was the primary cause of issues with the infrastructure sector. To put the figures in perspective, the target for the 11th plan for Infrastructure was USD 500 billion with private participation seen at 30 percent. And the high ambitions did not stop here, and for 12th plan was estimated at USD 1 trillion with private participation at 50 percent.  With Indian economy running full steam then, it looked very obvious. And why not – with Indian economy growing at near to double digit figure, ample (rather more than required) liquidity, consistently improving foreign fund flows and last but not the least –rising domestic demand, almost everyone on the street expected the target to get achieved.  No wonder the positivity was visible on bourses as well as indices touched all time high levels by end of 2007.  While everything look very good till end of 2007, something happened on a global platform that took everyone by surprise – Global meltdown of 2008 occurred. Financial crisis of 2008 is considered the worst economic disaster since the Great Depression of 1929. Just to list out a few of the factors in the 2008 financial crisis, it occurred despite Federal Reserve and Treasury Department efforts to prevent it.

Amid all such difficulties even the Indian Government stimulus did not help the infrastructure sector. Add to that the ‘Failure of UPA Government to Speed-Up Reforms Process’ things only worsened for the economy as well as infrastructure players.  Even the CAG raised queries in 1) The Telecom Licenses issue (2G) and 2) Coal Block allocations. The above two were the major issues that CAG has raised and even the civil uproar was high against the same. No wonder government apparatus was not able to clear the infrastructure projects at the pace it was required to. Not only the project files got Stuck the financing options were not available. While the above were macro factors for the infrastructure companies, few of the companies had gone for acquisitions at any cost. This strategy backfired for many companies. Add to that the issue like huge sum stuck in stalled projects under arbitration, the issue only affected the financial and project costing. No wonder the sector as a whole was under stress and resulted in wealth destruction on the bourses.

While we have discussed how the earlier Government failed the current Government has provided a much needed impetus to the Infrastructure sector. The projects like National Infrastructure Pipeline (NIP), focus on housing for all, the Smart Cities Mission and even projects like AMRUT have not only supported in terms of order book growth, but also made many projects financially viable. Add to that one of themost aggressive and result oriented Cabinet Ministers at the helm of the Transportation and Road ministry, the things have changed for the better. As expected the performance of the Indian infrastructure companies have been improving over the years. Here we are listing down a few of the infrastructure and realty players that managed to post profit in FY21 after witnessing losses in FY20.

Infrastructure sector is showing signs of improvement over the past few quarters. Focus of Government on National Infrastructure Pipeline, Smart Cities, Housing for all and AMRUT projects are likely to provide a much required impetus to the infrastructure sector. Restructuring of debt and reforms initiative from the government would mean financial viability is also taken care of. While many stocks have already witnessed a run up the stock specific opportunities available in the sector.