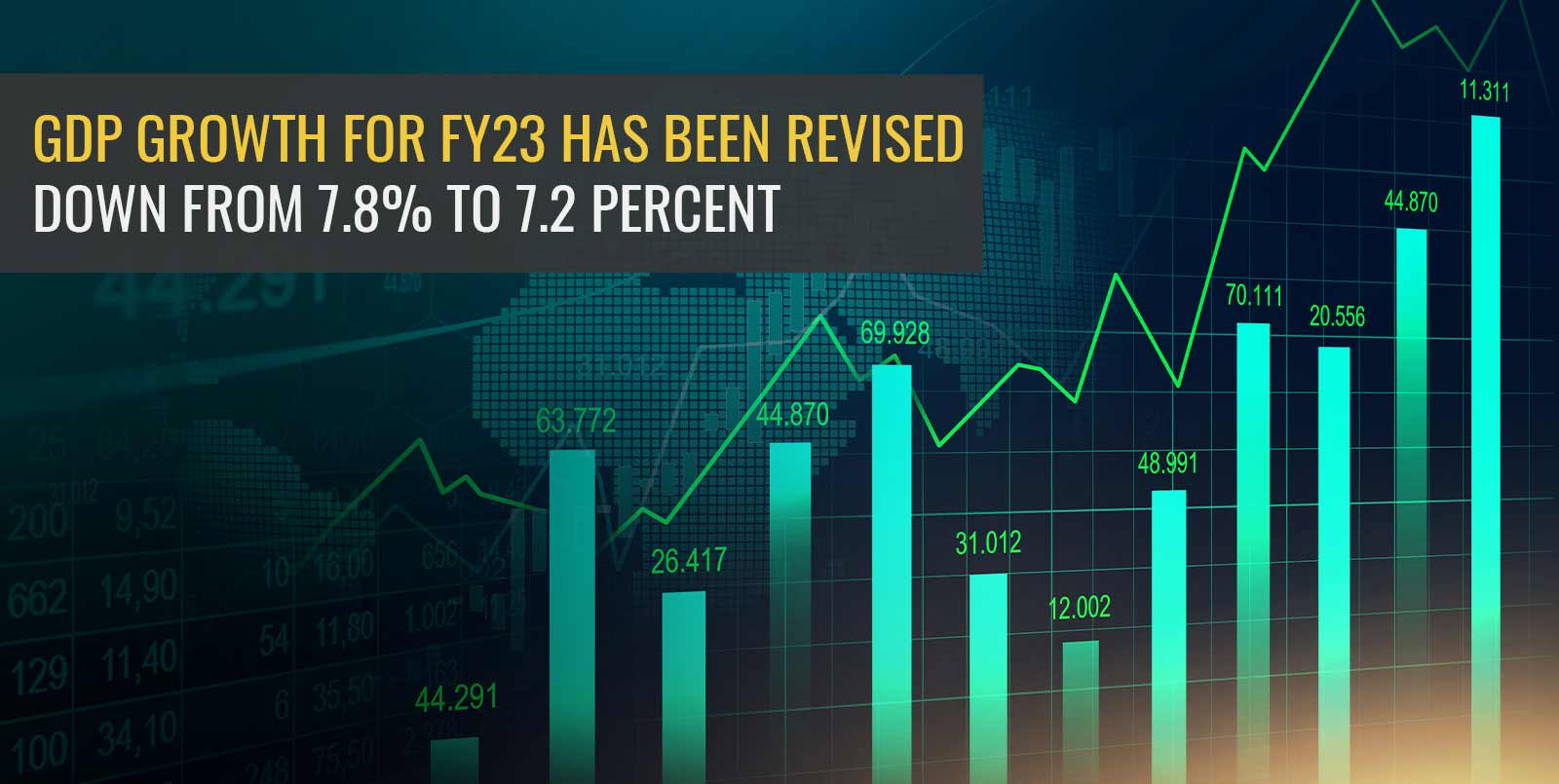 The Monetary Policy Committee (MPC) of the Reserve Bank of India (RBI) forecasted a 7.2 percent GDP growth rate for the Financial Year 2022-23. According to RBI Governor Shaktikanta Das, the GDP growth projection for FY23 has been cut to 7.2 percent from 7.8 percent.

GDP growth for 2022-23 is projected to be 16.2% in Q1, 6.2 percent in Q2, 4.1 percent in Q3, and 4 percent in Q4, assuming oil at $100 per barrel. The MPC meeting, one of the most important events in recent memory, took place at a time when the world was preoccupied with geopolitical tensions between Russia and Ukraine, global crude oil price rises, high gasoline costs, commodity price spikes, and increasing inflation.

The prolonged conflict between Russia and Ukraine is endangering global recovery. Supply networks all throughout the globe have been interrupted by geopolitical tensions in Russia and Ukraine. The total growth rate has decreased due to high commodity and input costs, increasing crude oil prices, rising inflation, and chip shortages. In addition, the United States’ growth has slowed. Input price increases have restrained spending and harmed consumer confidence.

The Monetary Policy Committee, chaired by the Governor of the Reserve Bank of India, meets every two months to review monetary policy. The RBI’s MPC meets six times throughout the financial year. The Reserve Bank of India’s (RBI) rate-setting panel, chaired by the Governor, met for the first time this fiscal year on April 6 to 8. The MPC publishes its bi-monthly monetary policy after reflecting on current domestic and economic events. According to the RBI’s schedule, the next MPC will be held on June 6-8.

On April 8, the RBI’s MPC kept the main policy rate, repo, at 4%. The rate at which the central bank loans short-term cash to banks is known as the repo rate. The MPC also maintained its ‘accommodative’ policy stance, meaning that the rate-setting body is focused on encouraging economic development.

Since February 2019, the RBI has lowered the repo rate to assist the economy recover. The MPC’s accommodating posture means that the MPC is willing to lower rates or leave them on hold until economic indications improve. According to statistics published on March 14, India’s consumer price index (CPI) inflation increased to 6.07 percent in February 2022 from 6.01 percent in January 2022. In February 2021, it was 5.03 percent. The MPC’s mission is to manage inflation within a range of 2-6 percent.

The CPI inflation estimate for February is higher than predicted. According to a Reuters poll, retail inflation is expected to dip to 5.93 percent this year. The Reserve Bank of India forecasted CPI inflation of 5.7 percent in the first quarter of 2022 in February.

Though the pace of recovery has slowed since the height of the COVID crisis, it has picked up. One of the MPC members spoke out against the continuance of the so-called accommodating posture in the February RBI policy, claiming that the rate-setting panel’s ongoing emphasis on the pandemic battle had become unhelpful.

You must first create a Demat account before you can participate in online investing and trading. You can begin both in less than five minutes with the aid of Angel One. Any queries you have concerning your Demat account will be answered by Angel One.