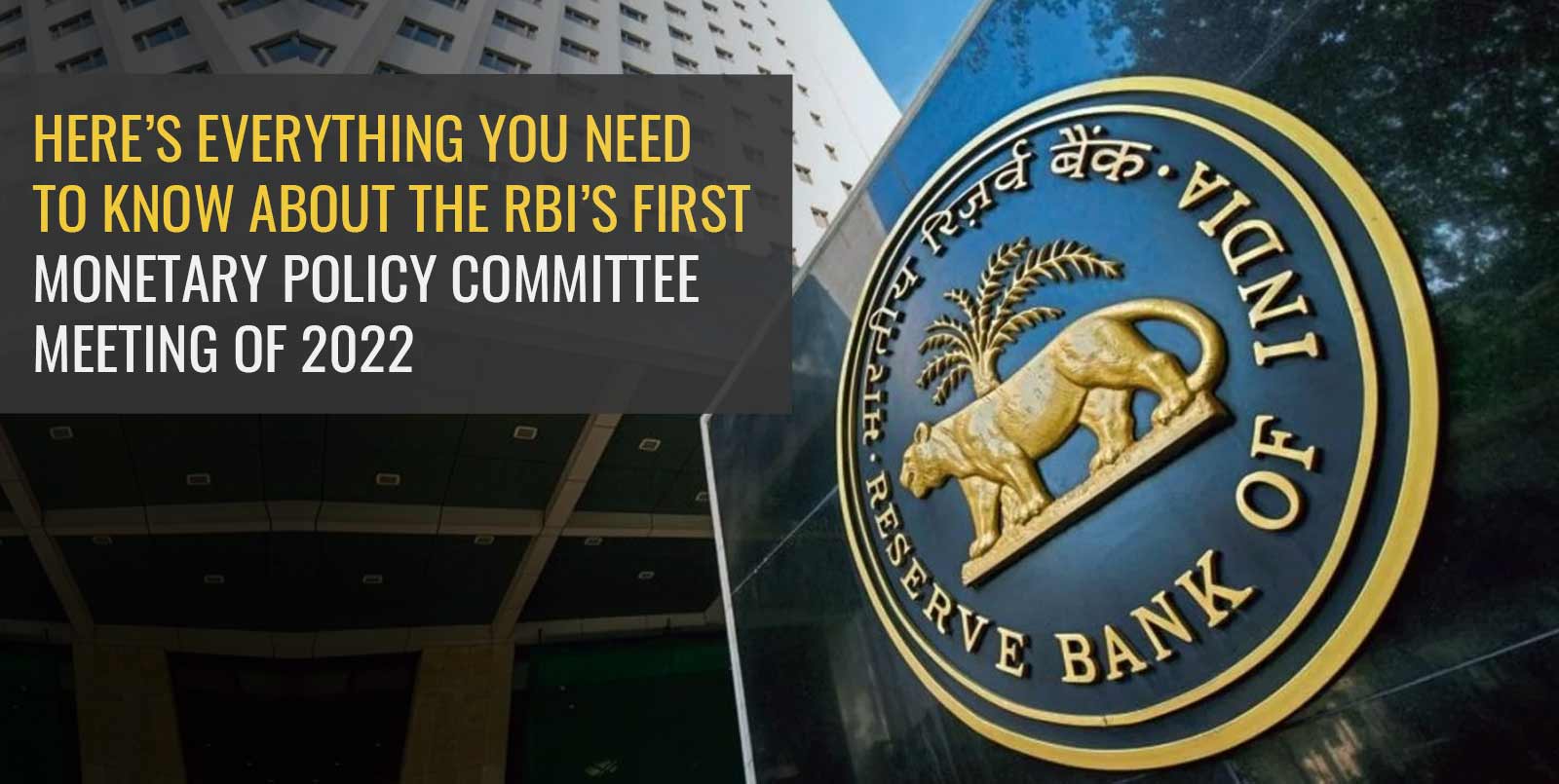 Today, the six-member monetary policy committee of the Reserve Bank of India (RBI) had gathered for a meeting. This was the first MPC meeting of 2022 and the interest rates remained unchanged. The RBI maintained its stance over the reduced rates of interest for the tenth time in a row. The target inflation rates and expected GDP growth numbers were also announced at the MPC meeting.

At the start of the meeting, the RBI Governor said that the pandemic has continued to affect the world’s economy but India is expected to grow at the fastest rate in the world. Shaktikanta Das is optimistic about India’s recovery from the effects of the pandemic.

The 14-day Variable Repo Rate (VRR) and Variable Reverse Repo Rate (VRRR) will continue to operate as a primary tool for maintaining liquidity. Effective March 1, the marginal standing facility and the reverse repo shall be available starting from 5:50 PM to 11:59 PM on all days.

The Consumer Price Index (CPI) inflation has increased but it is still within the expected range. The rising inflation rate is likely to hit the peak by Q4 of FY 2021-22. And the rate is expected to become moderate by the first half of the next financial year FY 2022-23.

The estimated Gross Domestic Product (GDP) for FY 2022-23 is at 7.8%, said the Governor at the MPC meeting. The Reserve Bank of India has maintained its projection for growth in the current fiscal year at 9.2%.

Earlier, there was a limit of Rs. 1.5 lakhs for the inflows in case of voluntary retirement scheme. As an outcome of the RBI Monetary Policy Committee Meeting, this limit has been increased to Rs. 2.5 lakhs. The domestic debt market will have additional sources of capital as a result of this limit expansion.

In the previous year, the National Payments Corporation of India (NPCI) had launched a digital rupee voucher, E-RUPI. The limit for this digital voucher was capped at Rs. 10,000. This limit has been raised to Rs. 1 lakh. Additionally, these digital vouchers can now be used multiple times.

What role do repo rate and reverse repo rate play?

Repo rate and reverse repo rate play a role in maintaining liquidity in the economy. When there is a lack of liquidity in the market, the RBI lends money to banks. The rate at which the central bank lends money is called the repo rate. And on the contrary, when there is excess liquidity, the Reserve Bank of India borrows money from banks. The rate at which RBI borrows money from banks is called the reverse repo rate.

How does digital voucher E-RUPI work?

E-RUPI is a cashless and contactless method of digitally exchanging Rupee as a currency. This facility works by interconnecting the service providers with beneficiaries with the help of digital services. It is a one-time payment mechanism and therefore, users will not require a card or internet banking, or digital-payment app to redeem the voucher.

What is the objective of the Voluntary Retirement Scheme?

The Voluntary Retirement Scheme, aka VRS, is a voluntary retirement program that enables employees to voluntarily terminate their service tenure before their retirement date. It usually happens by companies that have excess staff. Its objective is to provide benefits to employees who served the company for a long period and to utilise human resources optimally.