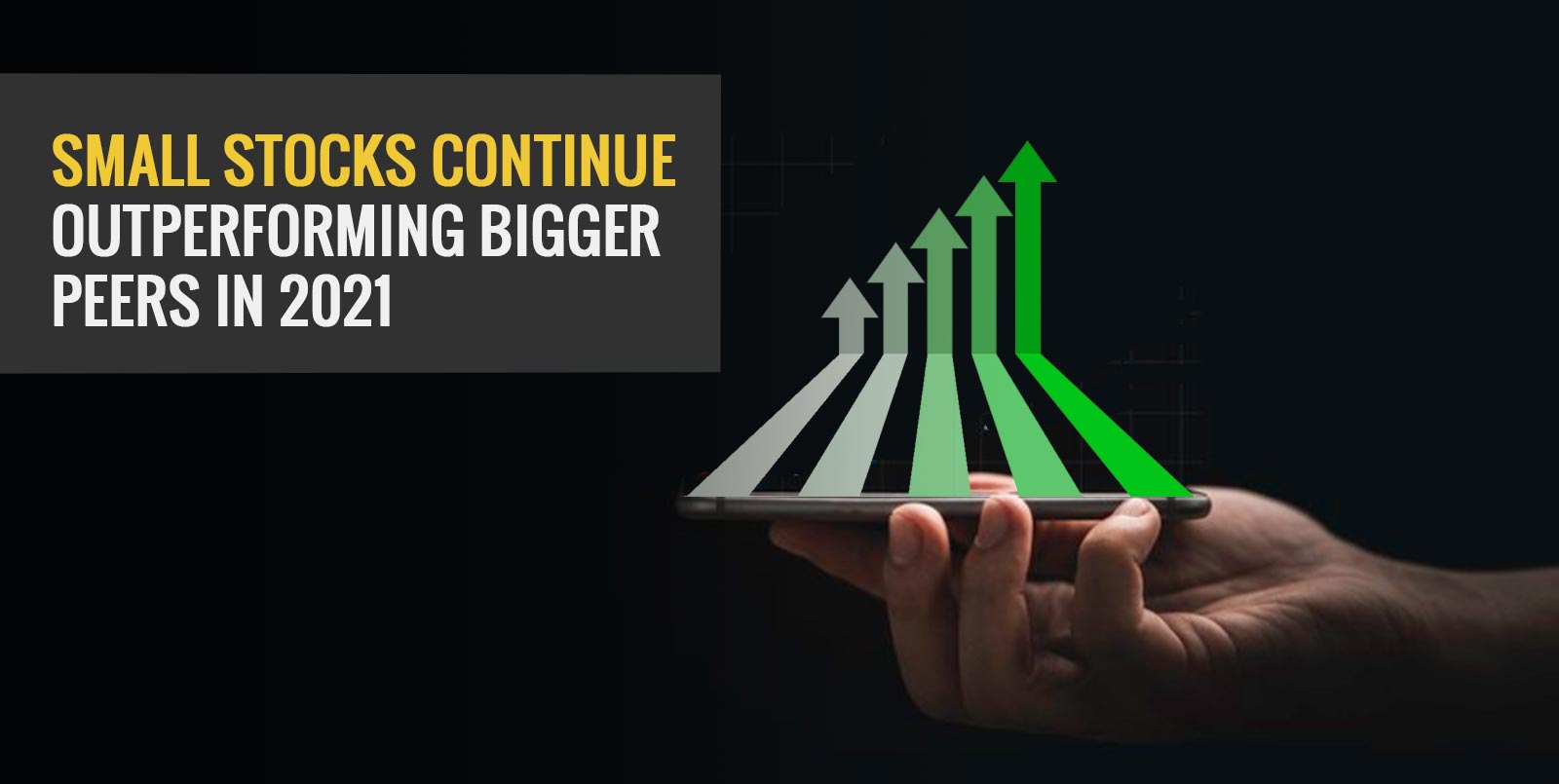 Small and mid-cap stocks have continued outperforming bigger peers on indices, rewarding investors with higher returns. The BSE small-cap index has risen by 35.51% or 7,333.47 points so far in 2021. At the same time, the mid-cap index has zoomed by 25.25% all the way to 5,096 points this fiscal.

Let us take a deeper dive into the stellar performance of these stocks.

One reason behind this is that India’s structural market is on a bull run where small-cap and mid-cap usually outperform. Another reason behind the strong performance of this market could be the increase in investments from retail investors in India. Local investors generally prefer smaller stocks, unlike overseas investors, who mainly focus on blue-chips and large firms

Technology has also played a large part in the penetration of the Indian stock market. Moreover, the Indian equities market has also performed better than its international peers.

Even as the Indian economy continued its strong bull run, the equities market moved ahead in expectations to deliver a record-breaking tally.

Both small-cap and mid-cap funds have historically outperformed large-cap and flexi funds in the long run. In the last decade, these have given 5-6% excess returns over large-cap funds.

Signs of Slowing Down

The record run of small-cap and mid-cap funds may have shown some signs of slowing down lately. From a valuation of 20% over Sensex, BSE Mid-cap has recently seen a decline to 9.6%. This is a sharp decline from its premium valuation of 37.67% over Sensex at its peak on 4 November 2020.

The main reason for the shrinkage of BSE Midcap’s premium is due to the overheated valuation of Sensex. This is at a one-year forward PE (price to earnings) ratio of 24.03 times.

BSE Midcap’s PE ratio fell after its earnings were revised upwards on 13 August following the completion of results from the June quarter. On the other hand, the earnings revision for Sensex was gradual and less than that of the Midcap index. This also resulted in the Midcap index falling since FY2022.

BSE index’s current value is close to that of April 2017, which is still high compared to historical numbers. However, both valuations are not as excessive as it was throughout the financial year.

Prospects for the Future

Some experts consider the recent slowdown to be the first meaningful correction in a long while. A relentless sell-off by foreign institutional investors likely caused this effect which could benefit investors wanting to buy these stocks.

This could be bad news for new investors in the stock market who have not seen any major corrections in 1.5 years. Volatility in mid-cap and small-cap index could take out uncertain investors while being a good investment opportunity for others. Higher quality shares could likely witness a bounce-back as the Sensex moves beyond 65,000.

Small-cap and mid-cap companies still have very strong prospects in the long run. Historical trends seen in countries like China, Taiwan and Philippines etc. have shown that these funds benefit the most from economic growth.

As the Indian economy continues its growth in the next five to ten years, its per capita income would increase from $2,000, which is the period of most growth historically. This could see small-cap and mid-cap stocks continue delivering superior returns over time.

Yes. These stocks (especially small-cap stocks) may decline sharply in times of correction of the market. They can also go down very fast if many investors exit their investments.

The shares of small-cap and mid-cap stocks were resilient during the second wave of the Covid-19 pandemic. With ample liquidity and optimism among investors, these stocks did not face much of their impact.