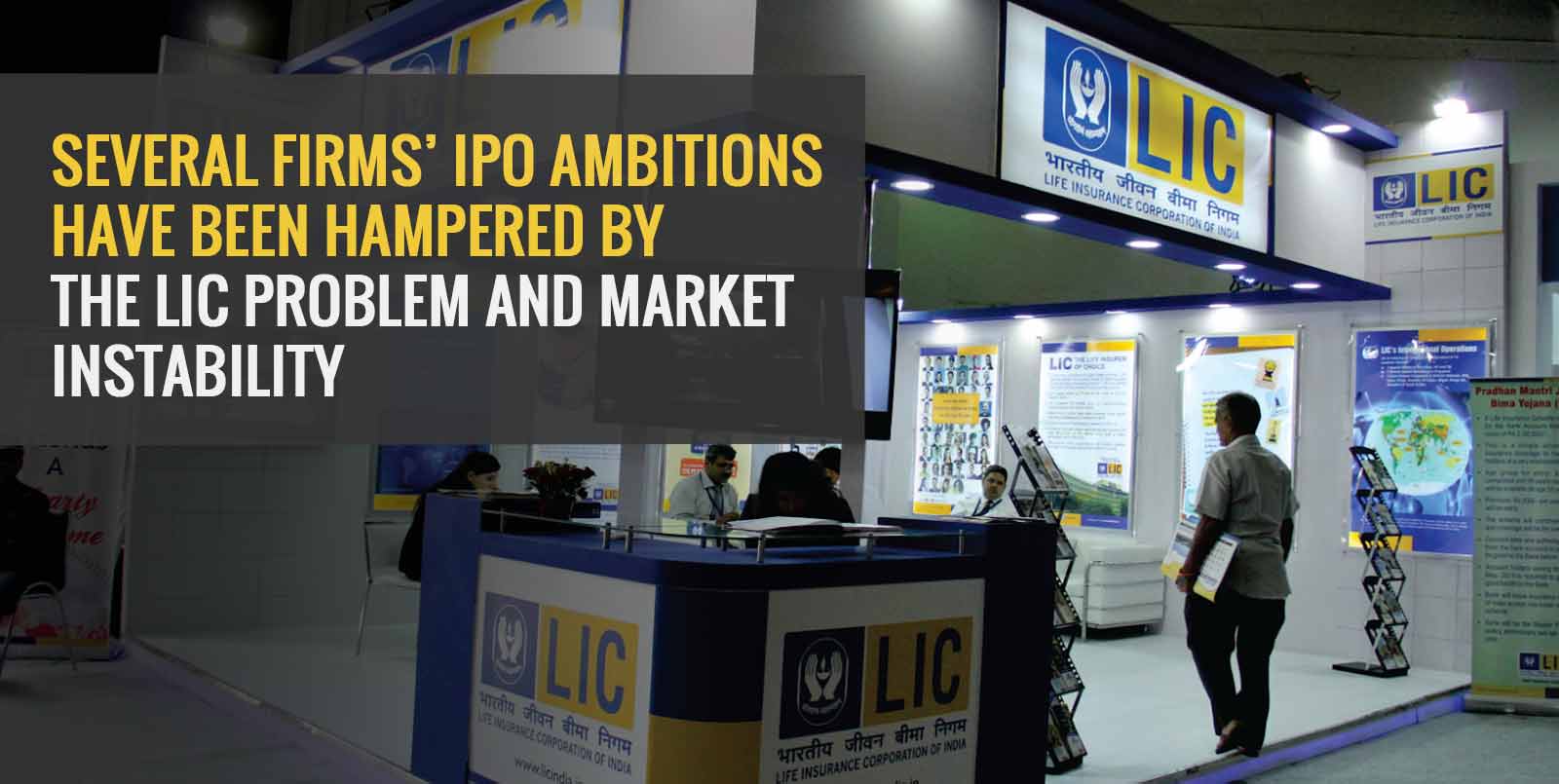 The anticipated mammoth public offering of LIC, along with a bearish market, has prompted other firms to postpone their IPO preparations. The LIC initial public offering, which is set to take place in March, is likely to raise more than Rs 70,000 crore in the main market.

Most firms that had gotten clearance from SEBI and were preparing IPOs in the current quarter have postponed them by a few months, according to merchant banking sources, citing a lack of investor interest due to market volatility and the enormous float.

“Given the volatility in the secondary markets, some businesses that have gotten SEBI approval are in a wait-and-see mode,” said experts. “They would rather wait for the markets to stabilize and the LIC IPO process to be completed before proceeding with their separate IPOs,” experts remarked.

“A few smaller IPOs,” an expert remarked, “may enter the main market in the coming month.” SEBI has approved 46 businesses to raise around Rs 66,000 crore. As per the primary market activity tracker, over 45 businesses, including LIC, have filed their draft red herring prospectus with the regulator to raise approximately Rs 1.4 lakh crore.

Companies typically have a one-year window from the date of SEBI permission to launch their IPOs. About 18 of the 51 firms that went public in the current fiscal year are presently trading at a discount of 5% to 60% to their offer price. The Nifty, the NSE’s benchmark index, has dropped 5% in the previous month. During the same time span, the Nifty Midcap 100 and Smallcap 100 indexes have fallen 8% and 11%, respectively.

According to sources, poor post-listing performance and the recent turbulence in the stock markets have prompted several firms to postpone their IPO plans. “A multitude of concerns have harmed the secondary markets, and issuers will await for credibility to rebound to the market,” said an expert. “It’s tough to foresee demand and set values in a dynamic market.”

Following the recent debacles of fresh issues, many businesses, particularly new-age technology enterprises, will have to re-evaluate issue size and values. Also, some are considering updating their FY22 estimates and launching the IPO in May or June, given growth in the current fiscal year has been significantly stronger than the prior year. According to Prime Database, 49 firms have raised a total of Rs 1.08 lakh crore so far in FY22, compared to 30 companies raising Rs 31,266 crore in FY21 and 13 companies raising Rs 20,350 crore in FY19.

Due to the pandemic, LIC experiences a drop in insurance issuance

IRDAI has granted an exception from the need to distribute the policy document and a copy of the proposal form in physical format in light of the unfolding pandemic scenario and in the interests of policyholders and other stakeholders.