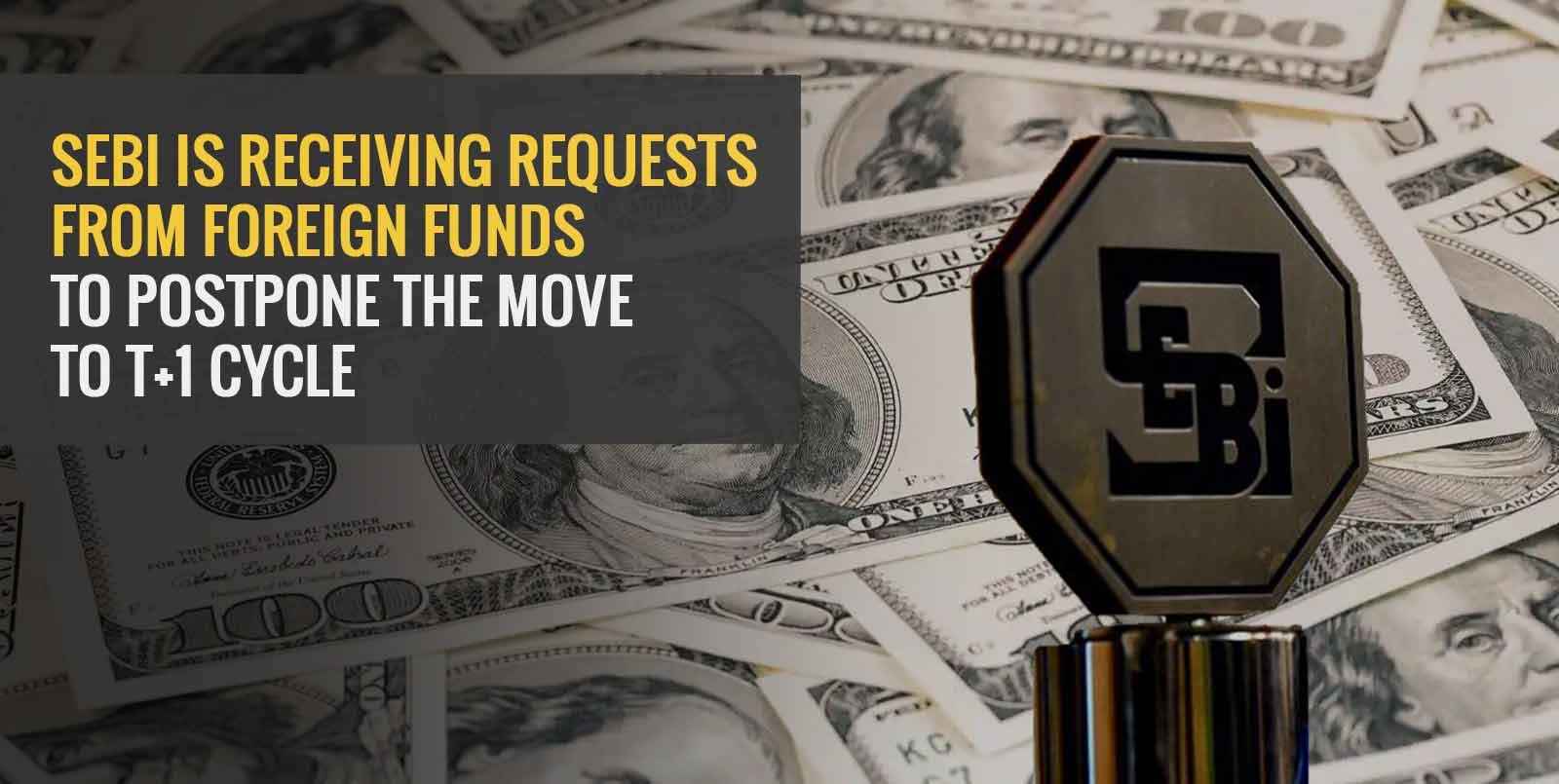 They mentioned in this letter that they were not consulted about this shift to a shorter T+1 regulation. Thus, they are asking the Securities and Exchange Board of India to halt this process.

SEBI currently implements a T+2 system, where investors receive their shares two days after their trade. However, SEBI wants to make this cycle short and reduce it to one day to improve market efficiency. SEBI has mentioned that exchanges can shift to this system from 1 January 2022 for selected shares.

However, FPIs have voiced their concern stating that this shift will require a significant restructuring of their current compliance system. Also, to execute a single day delivery, they need to revamp their execution systems as well.

A senior executive of ASIFMA’s asset management group has highlighted how FPIs and their Indian counterparts have not been consulted before issuing this circular on 7 September.

Why are FPIs Opposing This Move?

The primary reasons for ASIFMA to oppose this move are –

Another senior executive of this organisation mentioned that they had notified SEBI, mentioning their concern about this T+1 system last October. However, they did not receive any response to their request for a meeting.

In their letter to SEBI, they have highlighted how US Securities Exchange Commission implemented a similar change. The SEC gave market participants nearly 2 years to put adequate systems in place while shifting from T+3 to T+2. In contrast, the Securities and Exchange Board of India is offering four months for the next change.

Thus, FPIs have urged SEBI to put a hold on this process and provide them enough time to alter their systems to implement this update smoothly.

Additionally, they have mentioned the point of failed transactions in their latest letter to SEBI. It highlights how a hurried change in this system can hurt all parties involved in this process. This includes investors, brokers, custodians, and every other market participant.

In case a trade is not confirmed on the settlement date, its obligation lies with the brokers. Since local brokers are not funded well, it can amplify the systematic risk of this business.

FPIs have also argued that implementation of the T+1 system would need foreign funds to pre-fund their trades. Under the present system, FPIs complete a trade on T and forward the money to a custodian by T+1 afternoon. After that, the custodian confirms a trade with clearing operations.

Whereas, under this T+1 system, they need to send the money to a custodian in advance, as they need to confirm a transaction on T itself.

However, SEBI has nullified this argument, mentioning that FPIs are pre-funding their primary market transactions and derivatives.

As per reports from different sources, SEBI is unlikely to bow down on the implementation of this new system. They believe this T+1 system will greatly benefit retail investors, and FPIs can easily cope up with it by tweaking their internal systems.

For more updates on the stock market, keep referring to the Angel One Blogs.

Mainland China is the only Asian market to use this T+1 system currently.

Since India is about 8 to 16 hours ahead, it is already T for European and US investors. So, it isn’t easy to align all the systems.