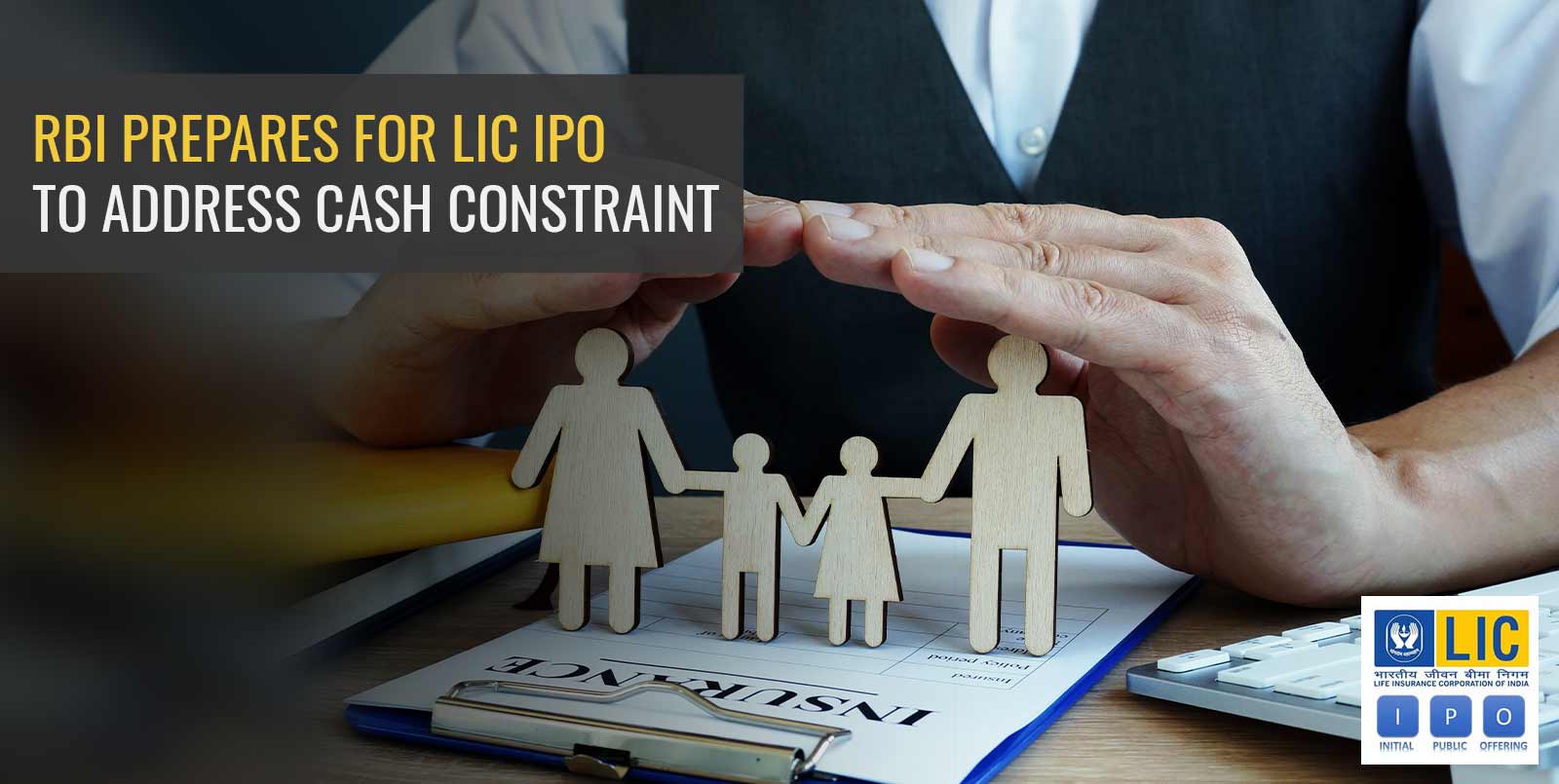 Due to the big LIC initial public offering, the RBI is considering using the new liquidity adjustment framework to manage liquidity in the system. Banks may witness a rise in deposits from prospective subscribers in the coming weeks, followed by Rs 65,000-70,000 crore in cash leaving the system. Some foreign movements from outside will add to the volatility.

According to sources, the RBI undertook frequent repo operations last month to alleviate the liquidity bottleneck created by firms’ hefty GST payments. A comparable technique might be used to address the country’s most pressing public problem. According to all estimates, the government’s sale of 5% shares, which might fetch more than Rs 2,000 per share, would drain funds from the system towards the end of the financial year. As advance tax payments begin to come into the government account in mid-March, money markets experience their greatest liquidity shortage.

The government has requested that the National Payments Corporation of India maintain infrastructure capable of handling enormous amounts of subscriptions and refunds. Money would move extremely quickly in and out of bank deposits if the Unified Payments Interface (UPI) technology was used. Bank deposits increased by Rs 3.3 lakh crore in the week ending November 5, 2021, before falling by Rs 2.7 lakh crore the next fortnight. According to bankers, the flurry of huge IPOs during the time, notably Paytm, may have sparked this. The LIC IPO is projected to be worth four times as much as Paytm’s Rs 18,300 crore IPO.

Given the IPO’s size, the government and the issue’s bankers have also gone out to overseas investors, some of whom are hoping to pump money into the Indian market, resulting in foreign currency outflows. The RBI is especially concerned about a rapid effect on currency movement. The RBI’s action, in the form of dollar purchases, would result in more rupees being released into banks.

A bond trader estimates that there is around Rs 6 lakh crore in excess liquidity. This offers the central bank the option to keep the market in a surplus state and keep rates from reaching the repo rate, which is the rate at which banks borrow from the RBI.

When asked about the problem at a time when markets are apprehensive, FM Nirmala Sitharaman said the IPO has generated a lot of excitement and enthusiasm. “A major choice like this should never be made on the spur of the moment. It is carried out with awareness and I can see that there is a buzz in the air following the announcement and reception,” Sitharaman said.

The LIC IPO is anticipated to reach Dalal Street in March, and the funds would be critical in meeting the increased disinvestment goal of Rs 78,000 crore for the current fiscal year. According to sources, which cited bankers and finance ministry officials, some big-ticket foreign investors were among the funds that attended Monday’s investor roadshows.

Three Canadian pension funds were also present in the virtual roadshows organized as a result of the pandemic limitations. The roadshows also drew a number of notable domestic institutional investors.

According to the offer documents filed with capital market regulator SEBI, the Center would sell 5% of the shares in the public offering, totaling roughly 316 million shares. The LIC IPO might collect up to $10 billion (about Rs 75,000 crore) for the government.

The Secretary of the Department of Investment and Public Asset Management (DIPAM) has said that the IPO would be a 100 percent offer for sale (OFS) by the government of India, with the LIC issuing no new shares.

Furthermore, the Corporation has the ability to assign up to 60% of the QIB (qualified institutional buyers) component to anchor investors. Domestic mutual funds will get one-third of the anchor investor share.