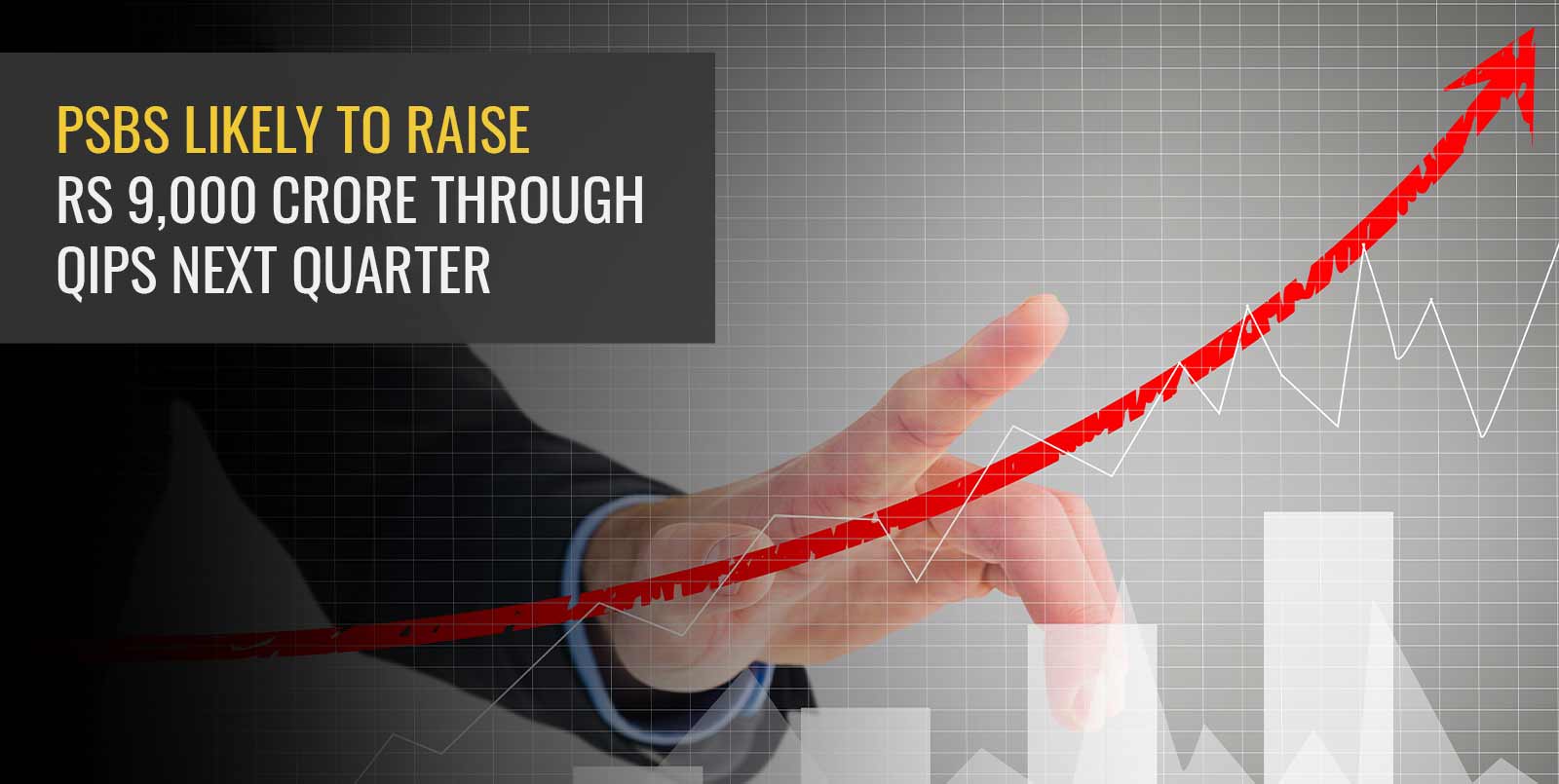 Public sector banks (PSBs) are likely to launch qualified institutional placement offerings (QIPs) to the tune of Rs 8,500 to Rs 9,000 crore in the coming quarter, news reports suggest. Indian Bank, Canara Bank and Bank of Maharashtra are some of the PSBs that are planning to launch QIPs in the July to September period.

Indian Bank is expected to raise Rs 4,000 crore through the sale of shares in tranches, according to reports. The government is the Bank’s promoter and holds a little over 88 per cent in it. After the QIP, the government’s holding will drop from the current level. Also, Bank of Maharashtra is also expected to raise funds through a QIP in July to the tune of Rs 2,000 crore.

Canara Bank is expected to raise Rs 2,500 crore by way of a QIP out of its overall plans to raise capital of up to Rs 9,000 crore through equity and debt instruments in FY 2021-22. Earlier, in December 2020 too, Canara bank had raised Rs 2,000 crore through an institutional placement.

QIPs in the recent past

Among other banks that have taken to the QIP route in the recent past is Punjab National Bank which launched a qualified institutional placement to the tune of Rs 1,800 crore. The Bank had raised Rs 3,788 crore through a QIP in December 2020. The Union Bank of India also approved the issue of equity shares to eligible QIBs and raised nearly Rs 1500 crore. In FY2021, public sector banks raised Rs 11,000 crore through equity offerings. Among the largest such QIPs in the last fiscal was Bank of Baroda’s which raised Rs 4,500 crore.

Public sector banks have had a good run in stock markets over the recent past with the Nifty PSU Bank Index surging over 32 per cent since February when the Budget announced the constitution of a bad bank to solve bad loan issues. Also, in the January to March period, the Nifty PSU Bank Index put up the best show on the NSE with an increase of 23 per cent.

Meanwhile, many non-banking financial companies (NBFCs) are also expected to join the PSB bandwagon and hit the market in the near future to raise equity, according to news reports. These NBFCs are likely to look at several routes including QIPs.

QIPs most sought after approach followed by IPOs

Institutions have taken to investing in stocks in a big way; data from Prime Database shows that the overall funds raised by firms through the QIP approach exceeded Rs 78,700 crore in FY2021. This is said to be the highest such amount raised for a year, followed by Rs 31,500 crore raised via IPOs. Data also shows that fund raising via QIPs made up for almost 50 per cent of the overall equity fund raising in the last two financial years. As many as 31 firms raised funds through QIPs in 2021, which is 54 per cent higher than the earlier fiscal.

According to a note from brokerage firm Jefferies, the Indian equity markets which have been trading at close to their all-time peaks amid the second wave of the pandemic could see a supply of equity to the tune of Rs 2 trillion to Rs 3 trillion in FY22. It expects equity issuances through QIPs to be in Rs 800 to 1100 billion. According to data from Jeffries and Prime Database cited in news reports, 38 per cent of equity fundraising was through QIPs, while 29 per cent was through IPOs and 21 per cent through offer for sale (OFS) during FY2018 to FY2021.

Qualified institutional placements are sought after by companies to raise funds because it is a quick option and ideal to deal with uncertainties over the short term. In spite of the second wave of the pandemic, the stock markets have been bullish and the liquidity that institutional investors may have led them to choose QIPs. The other reason for an interest in QIPs is the fair valuations.

In spite of disruptions because of the second wave of the pandemic, banks have managed to raise capital by way of a range of instruments including QIPs and bonds. The Reserve Bank of India’s liquidity and low rates have provided the requisite cushion.

Public sector banks have taken to the qualified institutional placement approach to raise funds; more banks are expected to raise close to Rs 9,000 crore in the coming months as stock markets continue to rally.