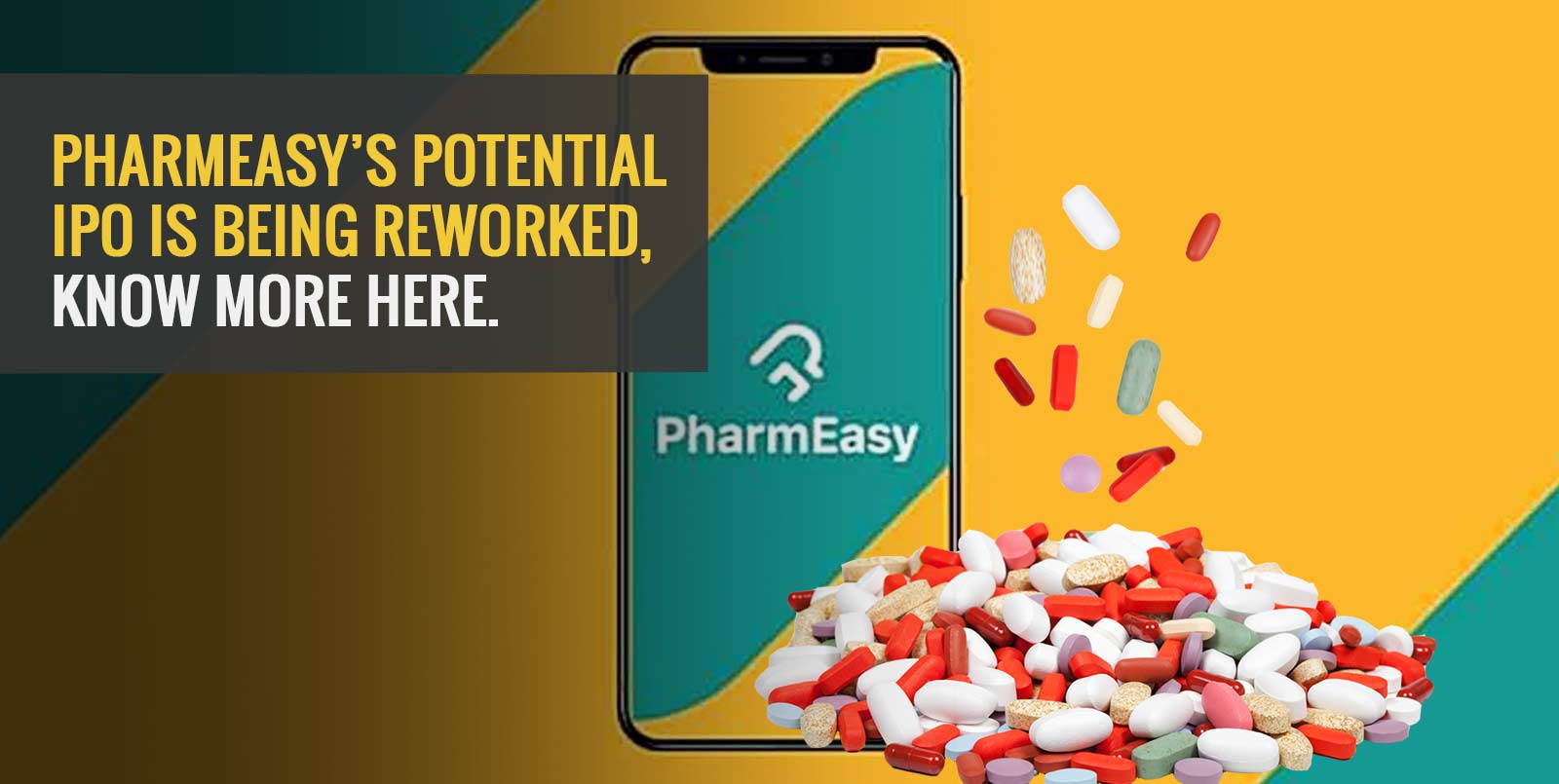 For the uninitiated, initial public offerings (or IPOs) serve as a great way via which private companies can go public and acquire sufficient capital in the process that they can direct towards their growth and expansion. The past year and a half have witnessed a slew of companies go public via this route. PharmEasy has caught onto the IPO bandwagon and filed its draft red herring prospectus (or DRHP) with the Securities and Exchange Board of India (or SEBI) in November last year. This DRHP outlined the company’s desire to amass INR 6,250 crores via the issuance of new shares alone. Unlike other recent IPO players in the market (think Oyo Hotels & Homes and Delhivery), PharmEasy’s original IPO plans lacked an offer for sale (or OFS) category. However, in the time since this IPO was filed, there have been changes that may result in the company having to readjust the valuation it originally aimed for via a public offering.

The potential need to rework the PharmEasy IPO is gaining credence as the company’s shares aren’t trading at hoped for levels and are falling in the price range of INR 70 to INR 80 in case of these trades. This price range is worth nothing as it falls below the INR 100+ price point at which it was previously being traded this year. Moreover, SEBI has yet to give PharmEasy it’s go-ahead on the IPO and the company is reconsidering the point in time when it will launch its IPO.

Previously, PharmEasy saw itself valued at a whopping USD 5.4 billion and hoped to secure an IPO valuation amounting to USD 7 to 8 billion. Some feel that the grey market prices may in fact indicate the nervousness that currently prevails as far as tech-oriented companies’ IPOs and their valuations are concerned. Prior to the Paytm IPO being launched, PharEasy’s secondary shares were falling in the price range of INR 120 – INR 130. However, the lackluster way in which the Paytm IPO was received might have an impact on the current skittishness with which PharmEasy’s IPO is being perceived. The fluctuating price of the company’s stock in the grey market, however, should not impact investors’ overarching perception of the company’s valuation.

Other Players Consider Altering their Own IPOs

PharmEasy isn’t the sole company that may have to alter its IPO plans. Oyo too decided to change these and earlier this month decided to reduce its IPO size. The valuation outlined within its IPO is likely to be reconsidered as well. While they had originally envisioned this to fall in the price bracket of USD 9- 12 billion, they may consider settling for a figure close to USD 7 billion. As SEBI is yet to give it approval on its IPO, the company has yet to decide on how exactly its IPO will be priced.

While PharmEasy is said to still be discussing matters with its marquee investors pertaining to its anchor slots, its IPO price is yet to be determined. That being said there is a correction that tech stock is currently experiencing. While SEBI is yet to agree to the company’s proposed IPO, the IPO price will only be determined once it is in the clear. That being said, the issue launch is currently anticipated to be moved back to the following financial year.

Assessing the Position of the Pharmacy Giant in the Market

As per a report published by Bernstein Research recently, PharmEasy appears to be the leading pharmaceutical giant operating with the most online pharmacy gross merchandise value which amounts to 50 per cent. In contrast, 1mg which is owned by Tata occupies 16 per cent of this sector and is closely followed by Reliance Industries’ Netmeds who occupies a 15 per cent share.

PharmEasy’s market leadership is expected to continue being positive in the realms of e-pharmacy and diagnostics in the future as well. While the arrival and presence of competitors ranging from Flipkart to Reliance and Tata within this sector is a source of concern, API Holdings, which is PharmEasy’s parent company, continues to retain a dominant position in terms of its market share.