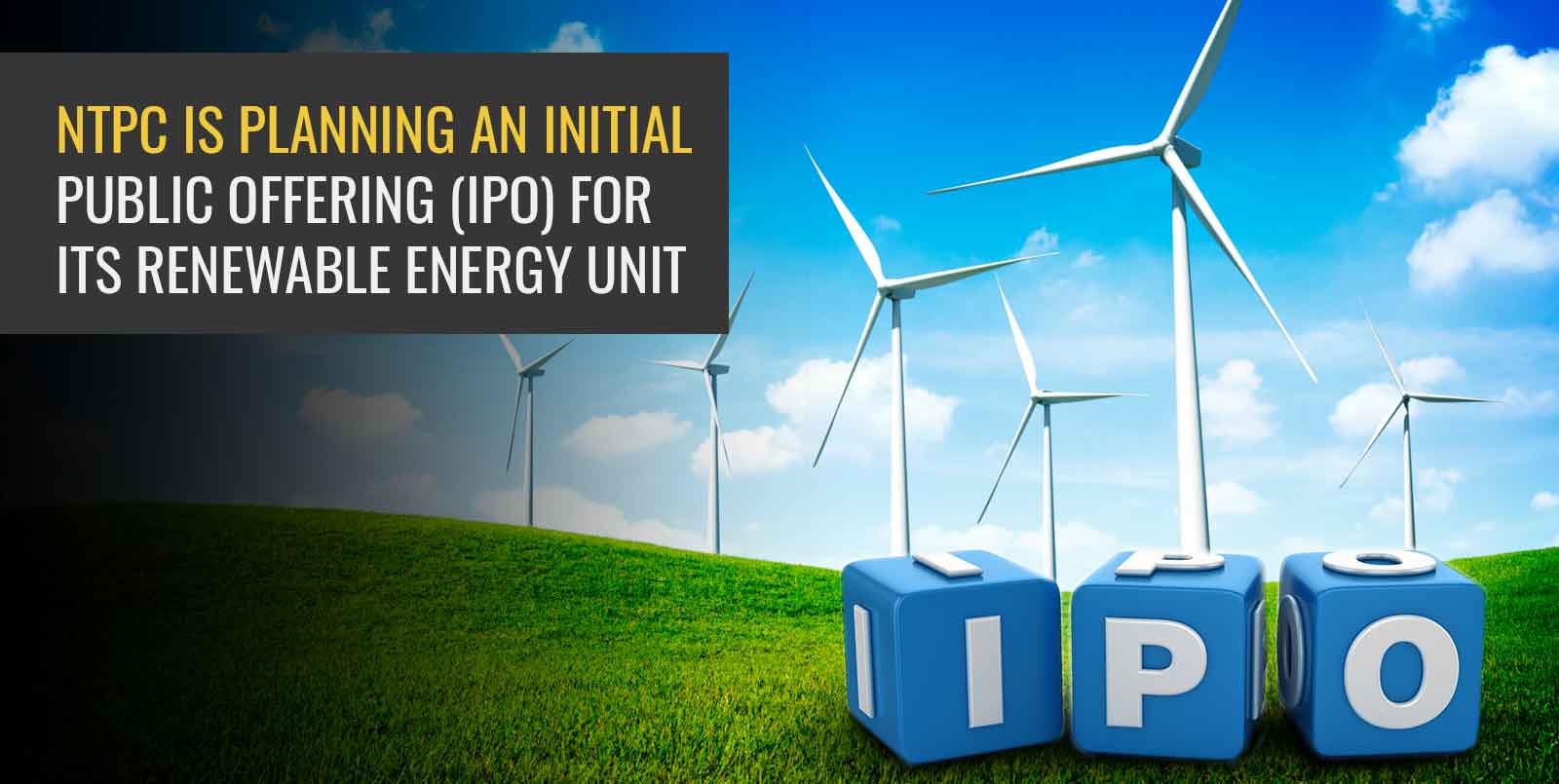 By 2032, the country’s largest power generator wants to reduce its net energy intensity by 10%. NTPC Chairman and Managing Director Gurdeep Singh, said, “we should not concentrate our efforts solely on one method of generating financing. We intend to go public with our fundraising efforts as soon as possible.”

Singh was speaking about obtaining funding for NTPC’s ambitious renewable energy objective, stressing that the business would add 7-8 GW of RE every year, which he said would not be a difficult undertaking. He exuded confidence that NTPC would surpass its aim of 60GW of renewable energy by 2032. He also mentioned that blended finance might be utilised to fund the capacity expansion, as well as building assets and enlisting the help of other investors to accomplish green energy ambitions. In October of last year, state-owned NTPC formed NTPC Renewable Energy Ltd, a wholly-owned subsidiary for its renewable energy sector.

The National Thermal Power Corporation, or NTPC is mostly a coal-based participant. To deal with its inexperienced electricity industry, it incorporated its wholly-owned subsidiary NTPC Renewable Energy in October 2020. The corporation has increased its renewable energy target, requiring 60,000 megawatts (MW) of wind and solar electricity by the end of 2032.

The company’s installed renewable power capacity is now 1,365 MW, with plans to add about 13,000 MW of inexperienced energy technology by FY24. The governments of Gujarat, Rajasthan, Maharashtra, and Andhra Pradesh are in talks with NTPC about allocating land parcels for 17,000 MW of renewable energy projects under the Ultra Mega Renewable Energy Power Parks scheme.

It offered the lowest costs of Rs 1.99/ unit and Rs 2/ unit in the most recent solar auctions since it enjoys comparably lower loan prices due to its government backing and positive credit scores. Because the projects would be organised under NTPC Renewable Energy, it will also benefit from a lower tax rate. The concessional company tax rate of 15% allocated for manufacturing corporations was extended to new home electrical energy technology companies in the FY21 Union price range, successfully lowering their tax incidence by 10 proportion factors.

Getting the Ball Rolling on Green Energy

India has set a target of increasing renewable electricity capacity to 4,50,000 MW by 2030, up from 95,000 MW now. Reliance Industries (RIL) recently revealed a major strategy for inexperienced power and offered Rs 75,000 crore in early investments from its internal resources over the next three years. Union energy minister RK Singh said RIL’s statement was “music to my ears” at the BNEF meeting.

RIL’s plan includes establishing manufacturing items for photovoltaic cells and modules, a battery unit for energy storage, a gasoline cell manufacturing facility, and an electrolyser plant to supply environmentally friendly hydrogen, which is typically the ingredient required to assist the expansion of renewable energy and is currently not abundantly produced in India.

Solar energy now accounts for only 4% of India’s total electricity generation. According to the International Energy Agency, India will need to invest $1.4 trillion over the next 20 years to make its energy supply sustainable, which is 70% more than current government policy planning.

Domestic oil and gas supplies would be unable to keep up with rising demand, and the report cautions that unless India transitions to a green energy future, price and market volatility will be an issue. To support India’s rapid economic expansion, large infrastructure and machinery expenditures will be required. Otherwise, new equipment might account for 60% of all emissions by the late 2030s.

Despite the hurdles, India’s efforts to date have been excellent, which cites a successful push to encourage most households to embrace highly efficient LED lighting. In recent years, India has achieved great progress, connecting hundreds of millions of people to power and impressively ramping up the use of renewable energy, particularly solar.

India will soon overtake China as the world’s most populated country, adding the equivalent of a metropolis the size of Los Angeles to its urban population each year. Over the next 20 years, India will need to add a power grid the size of the European Union to what it already possesses to accommodate growth in electrical demand.

India is expected to become a leader in renewable energy technology, with one in every seven dollars spent on solar PV, wind turbines, and lithium-ion battery storage going to Indian enterprises by 2040.

India, which was placed 74th out of 115 countries assessed in the World Economic Forum’s Energy Transition Index 2020, was one of only 11 countries to have made constant and demonstrable progress on their energy transition over the previous six years.