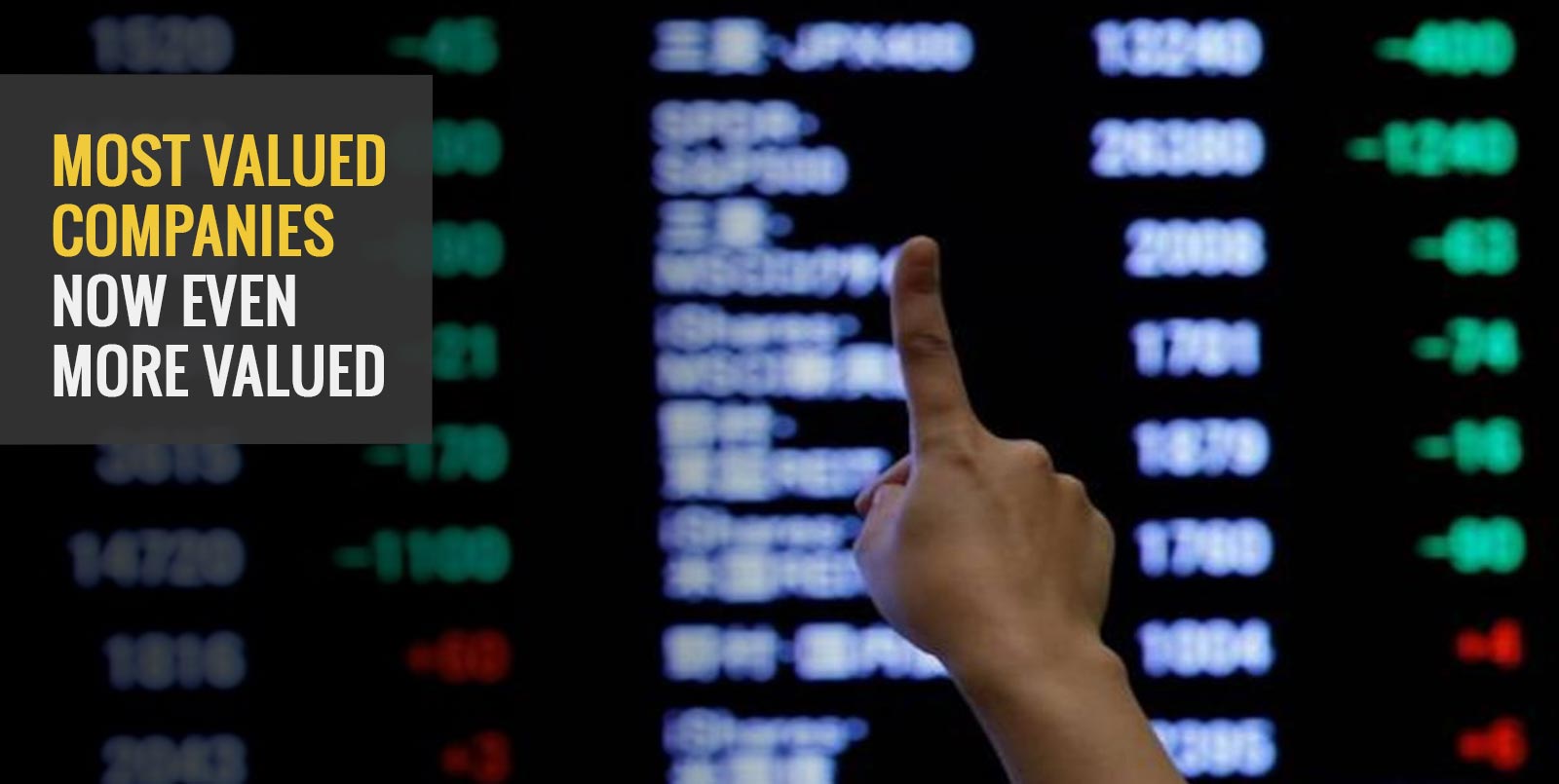 Of the country’s ten most valued companies, eight saw their market valuation surge by a total amounting to INR 1,60,408.24 Crores in the past week. Tata Consultancy Services and Reliance Industries Limited led the way and contributed the most during this bullish market wave.

The second week of August also saw a spurt in the Bombay Stock Exchange (or BSE) benchmark which rose by 1159.74 points which amounts to a 2.13 percent surge. Friday witnessed the benchmark reach an all-time high that amounted to 55,487.79. This meant it crossed the 55,000 threshold for the first time.

The State Bank of India and Bajaj Finance which also constitute the list of most valued domestic companies did not make the cut in this regard.

Tata Consultancy Services saw its valuation rise by INR 56,133.1 Crores such that it is now valued at INR 12,80,574.59 Crores as a result of which it stands as the biggest gainer from the list of most valued companies.

When looking at Reliance Industries Limited, the multinational conglomerate company saw itself gain a whopping INR 35,310.7 Crores. As a result, its market valuation now amounts to INR 13,59,652.06 Crores.

Narayana Murthy’s Infosys had a market capitalization that amounted to INR 23,251.63 Crores leading to its entire valuation amounting to INR 7,26,419.85 Crores.

HDFC Bank, the country’s leading private sector bank saw itself surge by INR 17,370.86 Crores which resulted in it presently amounting to INR 8,43,703.53 Crores.

ICICI Bank, another leading private sector bank saw its market capitalization rise by INR 5,321.09 Crores such that it acquired a market valuation of INR 4,88,352.01 Crores.

When looking at the flip side, the market capitalization of Bajaj Finance and the State Bank of India witnessed a decline. Bajaj Finance saw a decline of INR 4,288.54 Crores leading to its market valuation falling to INR 3,71,340.29 Crores. The State Bank of India slipped by INR 3,837.58 Crores such that its market valuation now amounts to INR 3,84,963.12 Crores.

Ranking – When considering the ranking of the most valued firms, they were as follows. Reliance Industries took the lead followed by Tata Consultancy Services. HDFC Bank, Infosys, and Hindustan Unilever followed suit. ICICI Bank, HDFC, State Bank of India came in next. The last two players were Bajaj Finance and Kotak Mahindra Bank.

The backdrop of Tata Consultancy Services – When examining the performance of TCS in the June quarter, their earnings fell slightly below what analysts estimated owing primarily to the weakness it experienced in its India dealings. Billings in India fell short owing to the second wave of the Coronavirus being in full swing earlier this year. Despite accounting for this, and expecting to reverse it in the months following June, the earnings upgrade cycle is understood to be the driver of TCS.

The backdrop of Reliance Industries Limited – Quarter 1 indicated Reliance Industries Limited had a consolidated net profit amounting to INR 12,273 Crores. This highlights a decline of 7.2 percent in terms of year-on-year for this previous quarter. In the previous year, RIL’s net profits amounted to INR 13,233 Crores which included exceptional gains. Traditional oil refining, petrochemicals, and gas businesses constituted half of RIL’s pre-tax earnings or EBITDA.

Although the second wave of the Coronavirus did hamper the rate of growth in the short term, the country was better equipped to handle the situation as were a number of companies. The current upswing in the market capitalization of the most valued companies is promising.