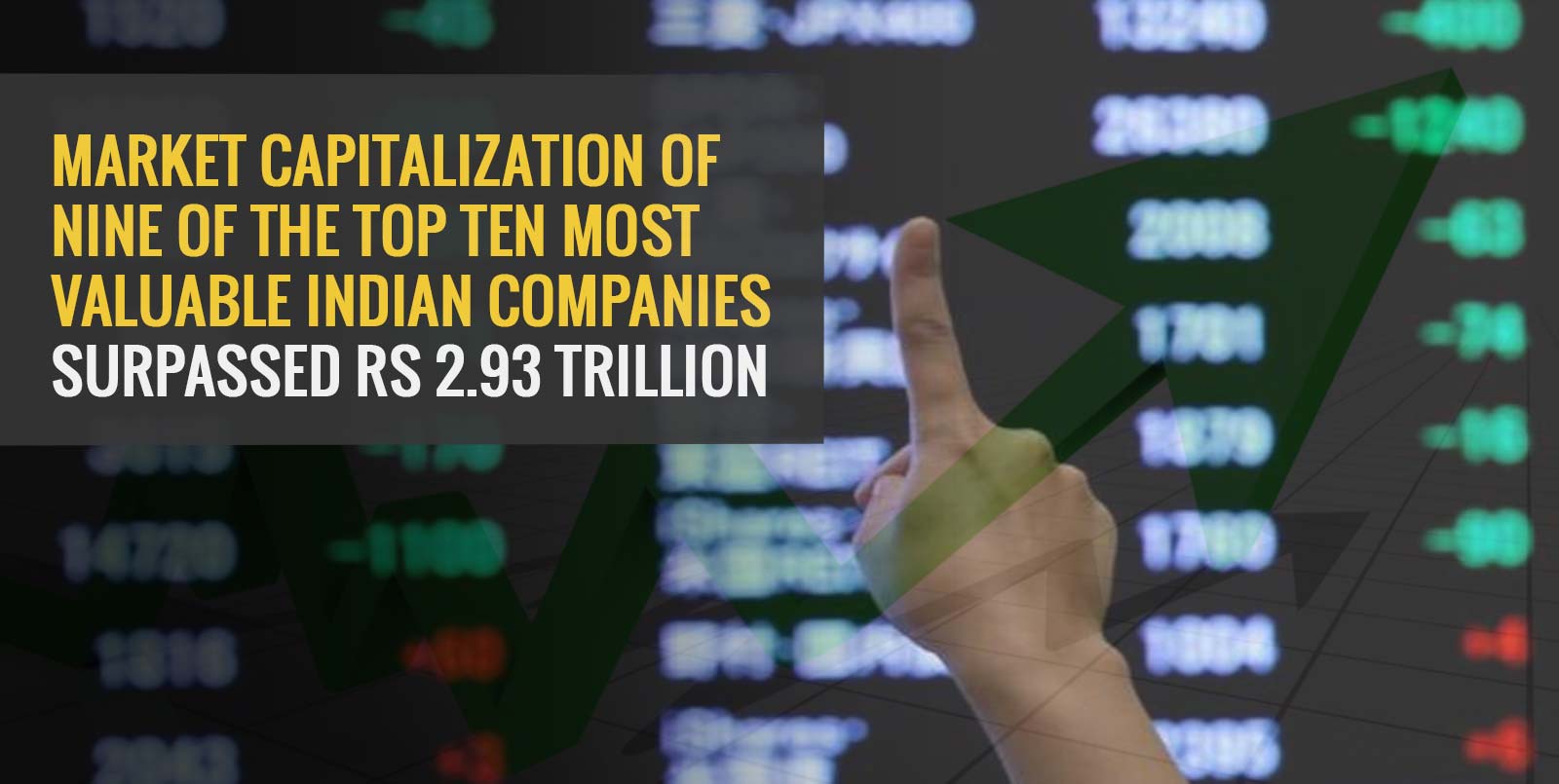 Previous week, the BSE 30-share benchmark rose 2,005.23 points, or 3.57 percent. On Friday, it surpassed the 58,000 barrier for the first time. Last week, the Sensex only managed to break through the 57,000 mark. Last month, the Bombay Stock Exchange indicator rose by more than nine percent.

On Friday, RIL’s market capitalization reached a new high of Rs 15 lakh crore, making it the first Indian business to do so. TCS, Infosys, HUL, ICICI Bank, and SBI remained the most valuable companies. After the company’s subsidiary bought a controlling stake in Just Dial, Reliance Industries’ stock hit a new high in the afternoon on September 3.

India’s share of global market capitalisation has risen due to relatively excellent earnings prospects with the reopening of global trade and diminishing pressure on corporate performance as the second wave of the pandemic flattens out.

According to Bloomberg data, India accounted for 2.60 percent of global market capitalization in June 2021, compared to a long-term average of 2.45 percent. When the first wave of coronavirus rocked global equity markets in May 2020, the share had dropped to 2.05 percent. It has risen steadily since then.

In the past year, Indian equities have returned 49 percent, making it one of the best performers among the major markets. India was the second greatest performer in the last three months, with a return of 7.14 percent, trailing only Brazil’s 8.60 percent.

Due to equity underperformance, emerging markets’ share of total world capitalization has stayed stable at 23-24 percent in the last year, but India is an outlier. When compared to the MSCI EM and MSCI World indices, the MSCI India — a benchmark used by global fund managers to evaluate Indian stock performance — has returned 7.7% and 1.1 percent, respectively, since the beginning of the year. Indian stocks now trade at a 55 percent premium to their EM counterparts, versus a long-term average of 41 percent.

The Nifty50 companies’ earnings climbed 23 percent last fiscal year, the strongest in a decade. The outlook for the current fiscal year is also promising. The current reading of the Nifty50 consensus earnings per share implies a 40 percent increase in expected profits growth. After the March 2021 earnings, the Nifty50’s consensus earnings per share was upgraded for the third quarter in a row. For the previous 23 quarters, the projection has been lowered.

What exactly is market capitalization, and why does it matter?

Because it reflects what investors are prepared to pay for its stock, market cap evaluates what a firm is worth on the open market, as well as the market’s view of its future prospects. Large-cap companies are those having a market capitalization of $10 billion or more.

Is it better to have a large or low market capitalization?

Is market capitalization and market value the same thing?

The number of outstanding shares of a corporation multiplied by the current price of a single share equals market capitalization. Market value is more nebulous and convoluted, with several metrics and multiples such as price-to-earnings, price-to-sales, and return-on-equity being used to determine it.